KLA-Tencor Corporation (KLAC): This Is One Incredible CEO

The Motley Fool’s readers have spoken, and I have heeded their cries. After months of pointing out CEO gaffes and faux pas, I’ve decided to make it a weekly tradition to also point out corporate leaders who are putting the interests of shareholders and the public first and are generally deserving of praise from investors. For reference, here’s my previous selection.

This week, I’d like to turn your attention to chip equipment maker KLA-Tencor Corporation (NASDAQ:KLAC) and highlight its CEO, Richard Wallace.

Kudos to you, Mr. Wallace
Sometimes it seems that no matter what you do, the odds are stacked against you. For semiconductor equipment makers like KLA-Tencor Corporation (NASDAQ:KLAC), there are multiple factors working against it that can make growth challenging. 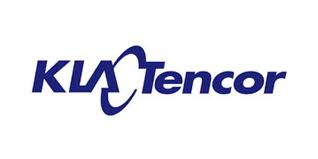 To begin with, the technology sector is naturally cyclical because of the evolution of new products and the increasingly efficient nature of the manufacturing process, which reduces product costs over time. Investors in the memory-chip sector know this all too well. Take flash storage manufacturer SanDisk Corporation (NASDAQ:SNDK) as a prime example of a company that’s seen its pricing power ebb and flow as the tech cycle creates wild supply demand swings. This often means little cash flow consistency for SanDisk and can add mounting worries to semiconductor equipment manufacturers that are targeting steady cash flow.

Rapidly falling demand for PCs is another area where concern is building for KLA-Tencor Corporation (NASDAQ:KLAC) shareholders. According to research firm IDC, quarterly PC sales fell by a considerably worse-than-expected 14% in the first-quarter. The drop is being precipitated by the growing proliferation of smartphones and tablets, which are pushing the existence of desktops to the brink. That’s bad news for Intel Corporation (NASDAQ:INTC) which currently possesses 85% of the microprocessor market share, and it’s even worse news for Hewlett-Packard Company (NYSE:HPQ), which saw its PC sales decline by a whopping 20% last quarter in the midst of its gigantic turnaround effort. To that end, KLA shareholders have to be worried that weaker PC sales will result in fewer equipment control orders from Intel.

Yet in spite of these concerns, Richard Wallace has led KLA-Tencor Corporation (NASDAQ:KLAC) through thick and thin over the past eight years, and shareholders are certainly better off for it.

An often overlooked factor with KLA is that whatever chip control and yield demand the company will lose to declining PC sales, it should see recouped by increasing smartphone and tablet chip demand. It’s not as if the sector is seeing fewer sales so much as the medium of the processing market is changing from a fixed to a mobile form. This gives KLA-Tencor Corporation (NASDAQ:KLAC) a unique opportunity to branch out beyond its biggest customers like Intel Corporation (NASDAQ:INTC) and Samsung and land contracts with non-traditional or low-brand-awareness chip developers.

One name of particular interest here is Taiwan Semiconductor Mfg. Co. Ltd. (ADR) (NYSE:TSM), which recently introduced what could be the new wave of process technology known as FinFET. Taiwan Semi certainly isn’t as well known as its peers, but the complexity of FinFET, and Taiwan Semi’s more than fourfold increase in capital expenditures 2009, could be what secures KLA-Tencor Corporation (NASDAQ:KLAC) many future control and yield contracts.

Another aspect about Richard Wallace’s leadership is that it’s led to solid cash-flow generation and a huge net cash position on KLA’s balance sheet. KLA ended the most recent quarter with more than $2.1 billion in net cash, which can be used to make acquisitions, repurchase shares, pay dividends, or simply buffer the company against normal economic contractions. Over the past three years, KLA has delivered nearly $2.1 billion in cumulative free cash flow. Comparatively speaking, this is what gives KLA its greatest edge over both Applied Materials, Inc. (NASDAQ:AMAT) and Lam Research Corporation (NASDAQ:LRCX), which have a net debt position of $180 million and a net cash position of $1.06 billion.

A step above his peers
What makes KLA-Tencor Corporation (NASDAQ:KLAC) unique is that it’s more than just its ability to crank out cash flow and build partnerships around the globe that makes it great.

From a shareholders’ perspective, KLA-Tencor Corporation (NASDAQ:KLAC) is a home run hitter. The company has announced multiple share repurchase programs throughout the past decade, including an 8 million share authorization in November. This comes on top of a 10 million share authorization in 2011 and a $750 million accelerated repurchase program in 2007. More than that, just yesterday KLA-Tencor increased its dividend by 12.5% to $0.45 per quarter, its fifth such increase in the past eight years and pushing it beyond the 3% yield mark, ahead of Applied Materials, Inc. (NASDAQ:AMAT) with its 2.6% yield, and Lam Research Corporation (NASDAQ:LRCX), which pays no dividend at all!