Published on April 1, 2019 at 10:35 am by Nina Zdinjak in Hedge Fund Investor Letters, Hedge Funds, News

Prem Watsa’s holding company, Fairfax Financial Holdings Limited, recently published its 2018 Annual Letter, in which briefly discussed some of its 13F positions. You can track a copy of the letter – here. Fairfax Financial Holdings Limited shared its views on Kennedy-Wilson Holdings, Inc. (NYSE:KW) as well, explaining that it always had a good relationship with, currently owning 9.2% of the company.

We have had an excellent relationship with Kennedy Wilson, its CEO Bill McMorrow and Bill’s partners,  Mary  Ricks  and  Matt  Windisch,  since  we  met  them  in  2010.  We  own  9.2%  of  the  company.  In  2018,Kennedy Wilson sold three of our joint venture properties in Dublin for a gain of $74 million, an average annual return of 21% on our original investment, and returned $107 million of the proceeds to Fairfax. Since inception in 2010, we have invested $855 million with Kennedy Wilson, received cash proceeds of $858 million and still have real estate  worth  about  $351  million.  Our  average  annual  realized  return  since  inception  was  21%.  We  continue  to acquire  properties  through  Bill,  Mary  and  Matt  with  the  purchase  of  one  office  building  on  26 acres  in  Denver,Colorado  for  $85  million  with  a  cash  on  cash  yield  of  6.7%;  three  office  buildings  outside  Portland,  Oregon  for$29 million with a cash on cash yield of 6.2%; and nine office buildings on 67 acres outside Los Angeles, California for $163 million with a cash on cash yield of 7.5%. These Class A office buildings are anchored by investment grade tenants in strong and growing markets and were available at quite significant discounts to replacement cost. 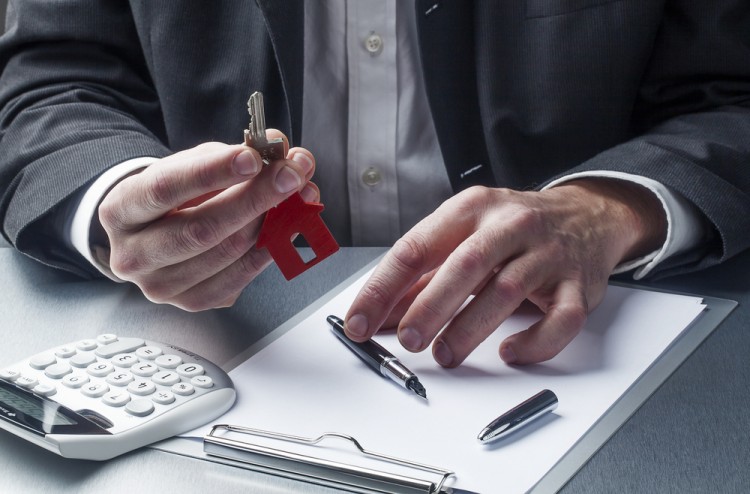 Among these funds, Fairfax Financial Holdings actually held the most valuable stake in Kennedy-Wilson Holdings Inc (NYSE:KW), which was worth $242.1 million at the end of the third quarter. On the second spot was Elkhorn Partners which amassed $80.2 million worth of shares. Moreover, Royce & Associates, ACK Asset Management, and Sprott Asset Management were also bullish on Kennedy-Wilson Holdings Inc (NYSE:KW), allocating a large percentage of their portfolios to this stock. 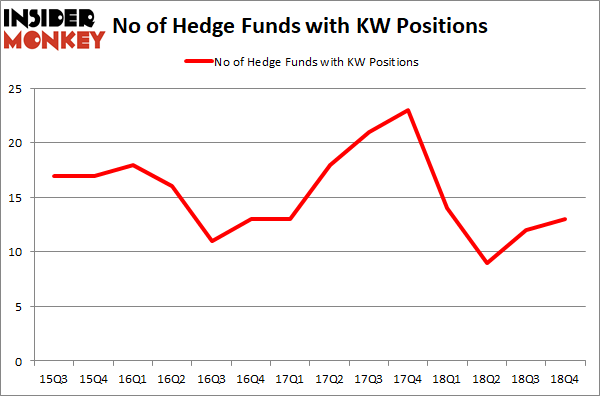