Horizon Kinetics recently released its Q1 2019 Market Commentary, in which it has shared its expert opinion on several companies in its portfolio. Among those holdings was Kellogg Company (NYSE:K), for which the fund said it is dealing with product saturation, hence it is failing to grow its businesses further. According to the fund, this indicates a downside potential, that shouldn’t be underestimated.

One reason is product saturation. There is simply a limit to the quantity of any product that might be desired by the public. It is extraordinarily difficult for a management or a security analyst to know when this limit will be reached.

The company may also have contributed to its own problems. One might think of a wide moat business in a manner similar to a Class A real estate property: it only remains Class A as long as the owners are prepared to continually invest in maintenance. In a consumer products company, the equivalent of maintenance expense is really advertising and research and development expenditures. R&D is necessary because the product must continually be improved in order to stimulate increased consumer demand. Unfortunately, Kellogg reduced the advertising and R&D over time.

Advertising expenditures declined by 33.4% from 2010 to 2018, and R&D declined by 17.6%. However, these are nominal figures, as are most economic and financial market statistics. If a 3% inflation rate was the experience during those eight years – as for salaries and rents and advertising time and the other inputs for those activities – then the reduction in real terms is 69.0% in advertising expenditure and 49.0% in R&D.

Essentially, Kellogg’s customers will not abide too high a profit margin. Is this due to the pressure put on Kellogg by retailers, or is it due to customer buying patterns? It is impossible to know without much more data, but we do know that many of the food companies are experiencing declining profit margins.

As a generalization, Kellogg’s profit margins are very high for a U.S. firm, by historical standards. If raw materials costs were to ever increase, as for example grains and sugar, it would be difficult to pass this cost on to the consumer. Like so much else in the past 10 years or so, the price behavior we know is not what history knows.

Agricultural commodity prices experienced a major bear market and they remain depressed. Imagine what an enormous benefit that has been to food and drink manufacturer gross margins. Imagine the impact of a restoration of prior price levels. Kellogg is a wide moat business with little upside, yet with not inconsiderable downside once it is realized that it is no longer a growing business.

A generalized profit margin contraction is a risk for an index buyer. Unfortunately, indexes do not quantify the probability or possible magnitude of that risk for the constituents of the index – it’s not how indexes are managed. Therefore, an important risk factor is not addressed. In which case, for asset allocation purposes, it is not possible to measure forward looking risk and reward – which is the only type that counts.” 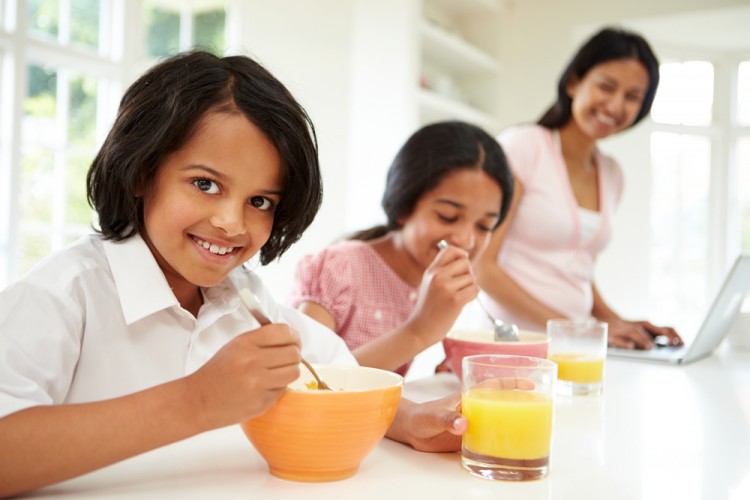 Kellogg Company is a Battle Creek, Michigan-based multinational food manufacturer with a market cap of $19.67 billion. Over the past 12 months, the company’s stock lost 5.86%, and on May 9th it had a closing price of $57.79. Kellogg is trading at a P/E ratio of 17.10.

Among these funds, Renaissance Technologies held the most valuable stake in Kellogg Company (NYSE:K), which was worth $107.7 million at the end of the third quarter. On the second spot was Pzena Investment Management which amassed $56.7 million worth of shares. Moreover, Citadel Investment Group, GAMCO Investors, and Two Sigma Advisors were also bullish on Kellogg Company (NYSE:K), allocating a large percentage of their portfolios to this stock. 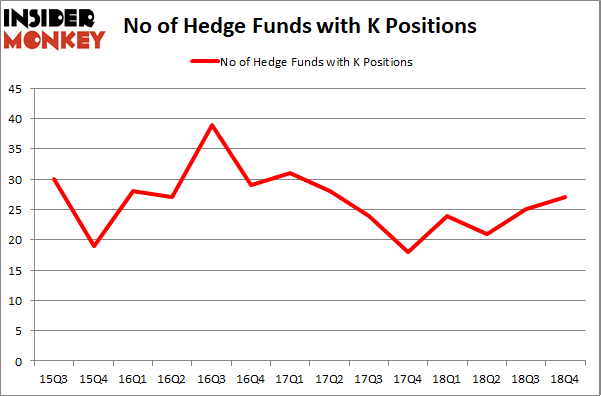