SPO Advisory Corp, formerly known as Main Street Partners, is a hedge fund firm co-founded by John Scully in 1991. The investment management firm employs a value-based investing approach, as the team of experts at SPO Advisory generally seek stocks that cost much less than valuation metrics say they are. Even more to that, SPO Advisory manages a very concentrated portfolio, with its top ten holdings representing 99.01% of its entire public portfolio. The firm’s most recent 13F filing reveals that its public equity portfolio has a value of $7.27 billion as of March 31, while its holdings are spread across the following sectors: consumer discretionary, technology, energy, and finance. In the following article we’ll discuss John Scully’s top energy stocks that include the following companies: Pioneer Natural Resources Co. (NYSE:PXD), Oasis Petroleum Inc. (NYSE:OAS) and Range Resources Corporation (NYSE:RRC). 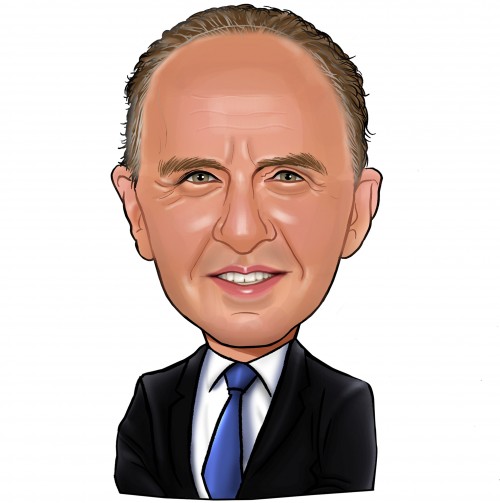 John H. Scully
SPO Advisory Corp
We may use your email to send marketing emails about our services. Click here to read our privacy policy.
[/hedge-fund-follow-email]

SPO Advisory Corp increased its equity holding in Pioneer Natural Resources Co. (NYSE:PXD) by 502,000 shares, ending the first quarter with 7.35 million shares valued at $1.20 billion. This represents the third-largest holding of SPO Advisory and its top energy stock when considering the value of the shares held. The shares of Pioneer Natural Resources have dropped by slightly more than 4% year-to-date and are currently trading around $142 per share. The Texas-based independent upstream energy company has reported total production of 17.4 million barrels of oil equivalent, which yields a decrease of 5.6% quarter-over-quarter. Despite the above-mentioned decrease in production, the company’s crude oil and natural gas production has increased over the past 13 quarters. It is also expected that Pioneer Natural Resources will increase its production by approximately 4% in the fiscal second quarter of this year as a result of low commodity prices. Within our database, Andreas Halvorsen’s Viking Global represents the second-largest investor in Pioneer Natural Resources Co. (NYSE:PXD), with 5.81 million shares, trailing only SPO.

Related Insider Monkey Articles
Has BTU Hit Rock Bottom Or Is There No Hope For Coal Stocks?WRLD, TROV, MEI: Biggest Losers Of The Day And What Hedge Funds Think About...Micron Technology, Inc. (MU) Down Sharply After-Hours Following Earnings Miss...
Brian Jackelow Led The Charge Into One Of The Most Popular Stocks Of The First...Leon Cooperman Kicks Another Stock To The CurbShould You Just Do It And Buy Nike, Inc. (NKE) Following Q4 Earnings Beat?
Monthly Newsletter Strategy
Download a free copy of our newsletter and see the details inside!
Hedge Fund Resource Center
Billionaire Hedge Funds