Homebuilder Lennar Corporation (NYSE:LEN) looks ready for the coming construction boom. The company has recently invested in growing inventory, and the resulting increase in its expenses may be keeping its share price from climbing as high as its competition. But this firm is proactively setting itself up for what could be a major surge in the sector, and that might provide you with a buying opportunity.

When the price doesn’t justify the outlook, buy!
Finding an amazing stock doesn’t necessarily depend entirely on whether the company is financially sound or has a superior business model. Its share price matters, too.

As you can see, Lennar Corporation (NYSE:LEN)’s revenue is pretty much synchronized with total U.S. construction spending. Prior to the recession, Lennar managed to soar above the nation’s construction output. Now that our national construction spending is regaining momentum, the company could repeat those superior gains. 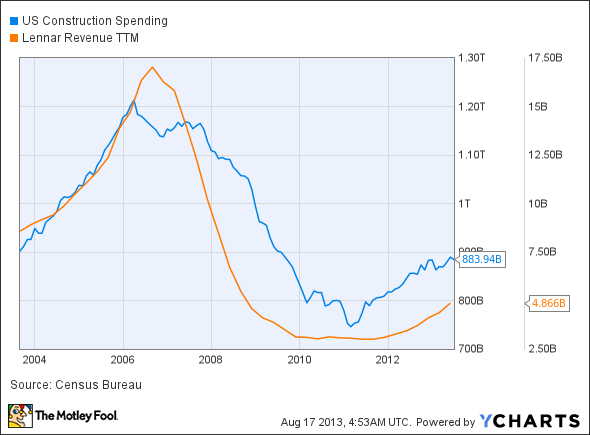 US Construction Spending data by YCharts

Over the last year, Lennar Corporation (NYSE:LEN)’s revenue has increased by about 31% to $4.8 billion. However, the stock’s price has only gone up by 3.5% in that period. U.S. construction spending has begun to rise, from about $855 billion to $883 billion year over year. 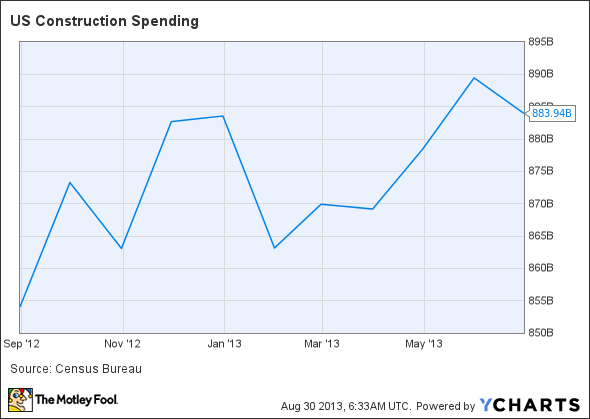 US Construction Spending data by YCharts

Despite a 3.4% increase in industry spending, many other firms’ shares have shot up much higher than Lennar Corporation (NYSE:LEN)’s, likely because of the latter companies’ increased expenses from inventory purchases. 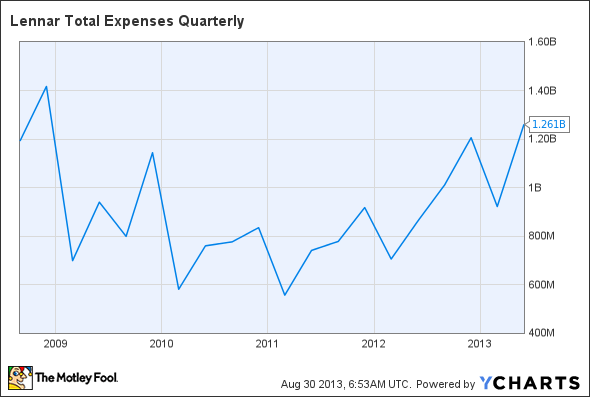 But investors don’t seem to realize that when a firm invests in growth, its quarterly expenses will increase. That’s bad news for short-term investors, but it promises the possibility of future gains for those willing to wait. That expense pop, spurred on by the company’s investments into building up its land inventory, likely caused Lennar’s shares to plunge.

They could take years to pay off, but Lennar Corporation (NYSE:LEN)’s investments in land could ultimately help the company profit from new home sales, which Morningstar estimates will grow by 137.5% by 2015. Many of those homes will be built on the same land Lennar recently purchased.