Move over processed foods–organic and natural foods are here to stay. 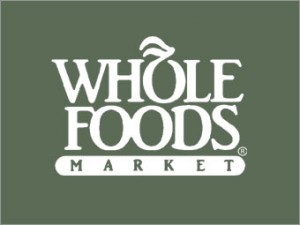 Whole Foods Market, Inc. (NASDAQ:WFM)’ financial results for the second quarter of 2013 showed a sales increase of 13% to $3 billion, along with an over 6% increase in both comparable store and identical store sales. Net income increased 21% to $142 million and diluted EPS increased 19% to $0.76.

Company co-founder and co-CEO John Mackey credits the company’s success to the continuing demand for fresh, healthy foods, the company’s leading position in the supermarket sector, and its ability to attract nearly 7 million customers every week to its stores. According to CNN, shares rose 8% after earnings results beat market expectations.

Early in the second quarter, Whole Foods Market, Inc. (NASDAQ:WFM) stated it was experiencing slower growth due to winter weather conditions and date changes related to Valentine’s Day. According to Reuters, industry analysts also expected higher payroll taxes to lower consumers’ take-home pay and have a detrimental effect on the company. Sales, however, got a 200-basis point boost from the company’s Team Member Appreciation Double Discount Day, which was enough to satisfy investors.

Lately the company has been lowering its prices to better compete with mainstream grocery chains such as The Kroger Co. (NYSE:KR) and Safeway Inc. (NYSE:SWY). The company currently operates 349 stores in the U.S., Canada and United Kingdom. There are plans to open more stores over the long-term — the company believes 1,000 stores is a reasonable target for the U.S. market. Canada and the U.K. also show “great promise” in terms of expansion.

How the competition fared

The Kroger Co. (NYSE:KR), the largest supermarket chain in the U.S., also topped market expectations with its 2012 fourth quarter results. According to Reuters, shares went up by more than 3% when the company reported net earnings of $461.5 million, or $0.88 per share. Net earnings per diluted share rose 22%.

EPS dropped to $0.77 per share when excluding gains related to inventory accounting and taxes, yet still beat Wall Street estimates by $0.07. Total sales rose 12.8% to $24.2 billion and was in-line with market estimates.  According to chairman and CEO David B. Dillon, the company leads the industry with 37 consecutive quarters of identical sales growth.

According to Reuters, Safeway Inc. (NYSE:SWY)’s first quarter results for 2013 did not impress and fell below forecasts; shares dipped as low as 20% in early trading. Identical store sales, made up of sales from non-renovated or un-replaced stores and excluding fuel, rose by just 1.5% versus analysts’ expectations of a 2% increase. Total sales were flat at $9.994 billion versus $10 billion a year earlier. Net income per diluted share for Q1 was $0.49, which included tax benefits worth $0.14 per share, versus $0.30 per diluted share of Q1 operating income in 2012.

While analysts were expecting sales to rise to $10.2 billion, the company attributed the decline to its 2012 sale of Genuardi’s stores and lower fuel sales. Despite the lackluster results, Safeway chairman and CEO Steve Burd was pleased with the first quarter’s gains in market share.