Hedge funds and large money managers usually invest with a focus on the long-term horizon and, therefore, short-lived dips or bumps on the charts, usually don’t make them change their opinion towards a company. This time it may be different. During the fourth quarter of 2018 we observed increased volatility and a 20% drop in stock prices. Things completely reversed in 2019 and stock indices hit record highs. Recent hedge fund investor letters indicated that they are cutting their overall exposure, closing out some position and doubling down on others. Let’s take a look at the hedge fund sentiment towards U.S. Well Services, Inc. (NASDAQ:USWS) to find out whether it was one of their high conviction long-term ideas.

Is U.S. Well Services, Inc. (NASDAQ:USWS) the right pick for your portfolio? Money managers are becoming more confident. The number of bullish hedge fund positions advanced by 2 recently. Our calculations also showed that USWS isn’t among the 30 most popular stocks among hedge funds (click for Q3 rankings and see the video below for Q2 rankings). USWS was in 13 hedge funds’ portfolios at the end of the third quarter of 2019. There were 11 hedge funds in our database with USWS positions at the end of the previous quarter. 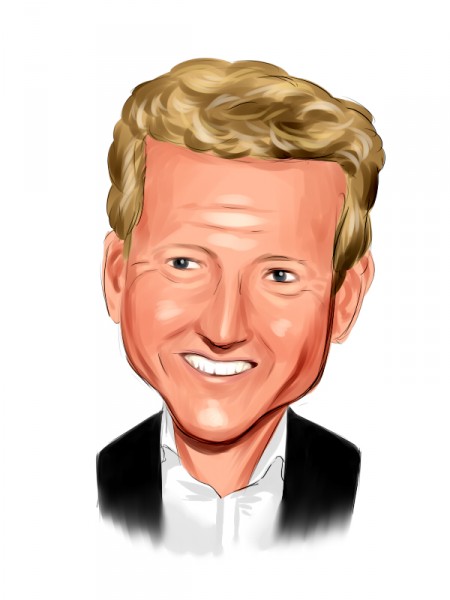 We leave no stone unturned when looking for the next great investment idea. For example Europe is set to become the world’s largest cannabis market, so we check out this European marijuana stock pitch. One of the most bullish analysts in America just put his money where his mouth is. He says, “I’m investing more today than I did back in early 2009.” So we check out his pitch. We read hedge fund investor letters and listen to stock pitches at hedge fund conferences. We also rely on the best performing hedge funds‘ buy/sell signals. We’re going to go over the fresh hedge fund action regarding U.S. Well Services, Inc. (NASDAQ:USWS). 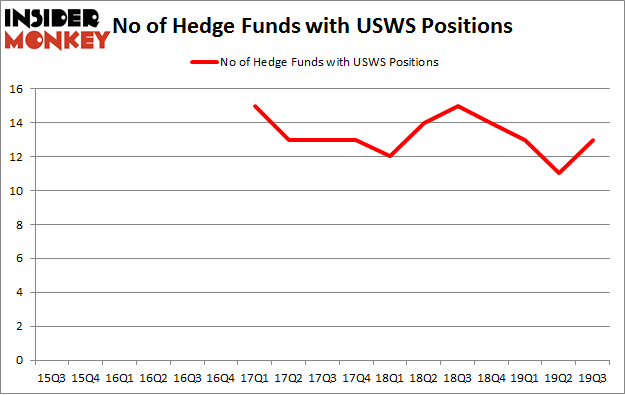 Among these funds, Encompass Capital Advisors held the most valuable stake in U.S. Well Services, Inc. (NASDAQ:USWS), which was worth $4.2 million at the end of the third quarter. On the second spot was Scoggin which amassed $2.5 million worth of shares. Angelo Gordon & Co, Paloma Partners, and Alyeska Investment Group were also very fond of the stock, becoming one of the largest hedge fund holders of the company. In terms of the portfolio weights assigned to each position Scoggin allocated the biggest weight to U.S. Well Services, Inc. (NASDAQ:USWS), around 0.57% of its 13F portfolio. Encompass Capital Advisors is also relatively very bullish on the stock, earmarking 0.29 percent of its 13F equity portfolio to USWS.

As aggregate interest increased, key money managers have jumped into U.S. Well Services, Inc. (NASDAQ:USWS) headfirst. Scoggin, managed by Curtis Schenker and Craig Effron, assembled the biggest position in U.S. Well Services, Inc. (NASDAQ:USWS). Scoggin had $0.2 million invested in the company at the end of the quarter. Bart Baum’s Ionic Capital Management also initiated a $0.2 million position during the quarter. The only other fund with a brand new USWS position is Renaissance Technologies.

As you can see these stocks had an average of 4.5 hedge funds with bullish positions and the average amount invested in these stocks was $8 million. That figure was $12 million in USWS’s case. Points International Ltd (NASDAQ:PCOM) is the most popular stock in this table. On the other hand The GDL Fund (NYSE:GDL) is the least popular one with only 3 bullish hedge fund positions. Compared to these stocks U.S. Well Services, Inc. (NASDAQ:USWS) is more popular among hedge funds. Our calculations showed that top 20 most popular stocks among hedge funds returned 37.4% in 2019 through the end of November and outperformed the S&P 500 ETF (SPY) by 9.9 percentage points. Unfortunately USWS wasn’t nearly as popular as these 20 stocks and hedge funds that were betting on USWS were disappointed as the stock returned -26.9% during the first two months of the fourth quarter and underperformed the market. If you are interested in investing in large cap stocks with huge upside potential, you should check out the top 20 most popular stocks among hedge funds as 70 percent of these stocks already outperformed the market in Q4.