There are several ways to beat the market, and investing in small cap stocks has historically been one of them. We like to improve the odds of beating the market further by examining what famous hedge fund operators such as Carl Icahn and George Soros think. Those hedge fund operators make billions of dollars each year by hiring the best and the brightest to do research on stocks, including small cap stocks that big brokerage houses simply don’t cover. Because of Carl Icahn and other successful funds’ exemplary historical records, we pay attention to their small cap picks. In this article, we use hedge fund filing data to analyze Triangle Capital Corporation (NYSE:TCAP).

Triangle Capital Corporation (NYSE:TCAP) shareholders have witnessed an increase in support from the world’s most successful money managers lately. TCAP was in 6 hedge funds’ portfolios at the end of September. There were 3 hedge funds in our database with TCAP holdings at the end of June. The level and the change in hedge fund popularity aren’t the only variables you need to analyze to decipher hedge funds’ perspectives. A stock may witness a boost in popularity but it may still be less popular than similarly priced stocks. That’s why at the end of this article we will examine companies such as U.S. Physical Therapy, Inc. (NYSE:USPH), Griffon Corporation (NYSE:GFF), and MINDBODY Inc (NASDAQ:MB) to gather more data points.

At the end of the third quarter, a total of 6 of the hedge funds tracked by Insider Monkey were bullish on this stock, a rise of 100% from the previous quarter. Below, you can check out the change in hedge fund sentiment towards TCAP over the last 5 quarters, which had sunk to a new low at the end of June before the Q3 surge. With the smart money’s capital changing hands, there exists a select group of notable hedge fund managers who were upping their stakes meaningfully (or already accumulated large positions). 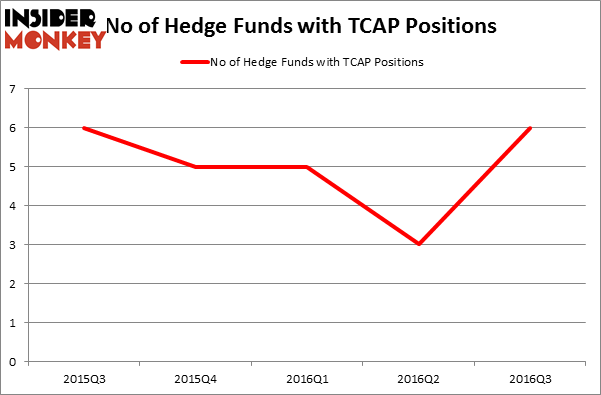 Of the funds tracked by Insider Monkey, John Overdeck and David Siegel’s Two Sigma Advisors holds the number one position in Triangle Capital Corporation (NYSE:TCAP). Two Sigma Advisors has a $4.2 million position in the stock. The second largest stake is held by Robert Raiff of Raiff Partners, which has a $1.7 million position; 2.2% of its 13F portfolio is allocated to the company. Some other professional money managers that are bullish include Bruce Silver’s Silver Capital Management LLC and D E Shaw, one of the biggest hedge funds in the world. We should note that none of these hedge funds are among our list of the 100 best performing hedge funds, which is based on the performance of their 13F long positions in non-micro-cap stocks. 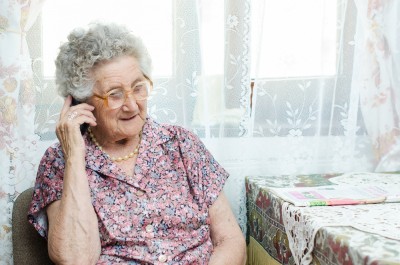 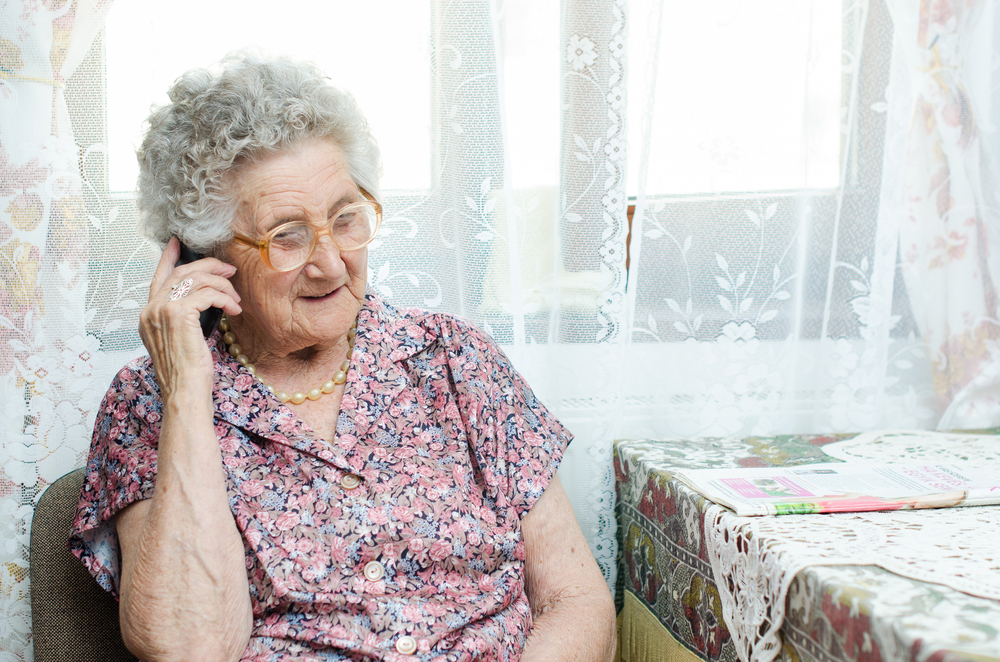