Is There Any Value in Bill Ackman’s Holdings?

Bill Ackman holdings: Bill Ackman is one of the most polarizing figures in the investment world. From his bullish bet on the floundering retailer J.C. Penney Company, Inc. (NYSE:JCP) to his very public short against Herbalife Ltd. (NYSE:HLF), the hedge fund manager is no stranger to drama. Despite the haters, however, Ackman’s Pershing Square manages over $11 billion in assets, and continues to be one of the U.S. equity market’s premier activist influencers.

When analyzing Ackman’s investment decisions, it’s important to understand that he operates a very concentrated portfolio. According to his latest quarterly 13F filing with the SEC (see the details here), Ackman and Pershing Square held stakes in 10 stocks at the end of the second quarter, 9 consisting of long positions and one very large batch of call options on The Procter & Gamble Company (NYSE:PG).

Aside from his investments in larger companies like Canadian Pacific Railway Limited (USA) (NYSE:CP) and General Growth Properties Inc (NYSE:GGP), three of these positions were in small-cap names. At Insider Monkey, we’ve found that if you know where to look, small-cap stocks represent some of the best opportunities in the hedge fund space. By following the most popular small-cap picks among “hedgies,” subscribers were able to beat the S&P 500 by over 29 percentage points in our newsletter’s first year. Long-term data is equally as promising (see what we mean here).

With this in mind, it’s very important to take a look at Ackman’s small-cap picks, and at the end of last quarter, J.C. Penney sat at No. 8 in his equity portfolio. As we mentioned above, the retailer has struggled with its identity as of late. Most readers might not think of Penney as a small-cap stock, but after losing nearly 50% of its value over the past twelve months, the company’s market cap now rests near $2.8 billion.

Since the end of the second quarter, however, a lot has changed with regard to Ackman and his bet on JCP stock. In mid-August, the hedge fund manager decided to resign from the J.C. Penney board and almost two weeks later, he sold his entire 39 million-share stake in the company. Unless ex-CEO Ron Johnson comes back on a platinum horse offering up the Hope Diamond, we think it’s safe to say Ackman won’t be back anytime soon.

Ackman and Pershing Square’s other two small-cap picks, however, are still in his equity portfolio. Howard Hughes Corp (NYSE:HHC), a real estate developer, represents a $400,000 position for the hedge fund and it also holds a very minor position in Matson, Inc. (NYSE:MATX), the ocean freight company.

Howard Hughes has been one of Ackman’s best picks in 2013, with shares up close to 50% year-to-date on the back of two straight massive earnings beats. In its first fiscal quarter, Howard, whose non-REIT status allows it to use its earnings for growth rather than dividend payments, passed analysts’ estimates by 30% and last quarter’s beat was by a whopping 144% margin.

The company’s communities in Honolulu, Las Vegas and Houston are trending upward, and its project development efforts continue to be supported by a recovery in real estate. Wall Street’s median price target on Howard predicts another 26.6% upside from current levels. We expect Ackman to continue to be bullish for the time being. 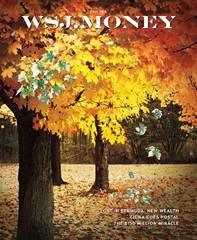 Is Caterpillar a Good Stock to Buy? This News Might Make You Think Twice
Monthly Newsletter Strategy
Download a free copy of our newsletter and see the details inside!
Hedge Fund Resource Center
Billionaire Hedge Funds