Is The Future of Gambling Online?

It was in early April 2019 that another shift occurred in Ohio’s casino industry. This followed the announcement of the purchase of Jack Entertainment’s Cincinnati casino to Hard Rock International and VCI Properties, as part of a $780 million deal.

Rumours had been circling about the sale as early as September 2018; at the time, Jack Entertainment declined to comment, citing the rumours as pure ‘speculation’. Two months later, and Dan Gilbert, chairman of Jack Entertainment had already made a big casino sale — the Greektown Casino Hotel in Detroit — in a deal valued at $1 billion.

Gilbert has become a formidable figure in the industry. The American billionaire and businessman launched his career by founding mortgage lending company Quicken Loans – of which he is still chairman. As well as being the majority owner of the NBA’s Cleveland Cavaliers, Gilbert currently owns a variety of sports franchises, including the American Hockey League’s Cleveland Monsters, the NBA G League’s Canton Charge and the Arena Football League’s Cleveland Gladiators. 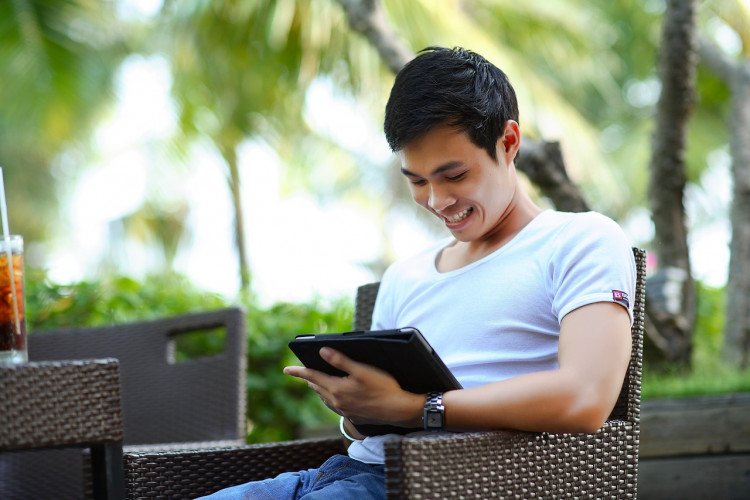 Gilbert’s move into the gambling industry came in 2009 when Gilbert – along with seven other businessman – founded Jack Entertainment (formerly Rock Gaming LLC). A gaming, hospitality and entertainment corporation, the company first made headlines in 2009 as its founders backed a statewide referendum to bring casino gaming to four of Ohio’s largest cities.

The Greektown Casino Hotel in Detroit was their first acquisition. The company currently owns properties in Kentucky, Maryland, Michigan and Ohio — collectively, more than 400,000 square feet of game space, 35 bars and restaurants and 600 hotel rooms.

The future of gambling

The sale of the Cincinnati casino has sparked interest around the future of the gaming industry. While the property did have a gambling revenue of $204 million in 2018 — and Jack Entertainment have no plans to sell its other two properties in the area — the move raises questions around the evolving marketplace.

It’s true that internet – and new, evolving technologies – has changed the world. More people than ever are choosing streaming services over the more traditional tv formatting. And rapidly developing fintech – including bitcoin and other forms of cryptocurrency – are changing the way people spend and save their money. A businessman like Gilbert will be well aware, and have an invested interest, in changes to the gambling marketplace.

Reports show that the global online gambling and betting market accounted for 45.8 billion USD in 2017. That number is expected to rise to 94.4 billion USD in 2024, growing at a CAGR of approximately 10.9% between 2018 and 2024. The increased popularity of mobile devices has also had a massive impact on the way people play games and will access casinos in the future. More than half of gambling operator’s revenue now comes from these mobile devices, which includes tablets and smartphones, offering land-based casinos more opportunities to reach players from around the world. New video and voice technology mean that players can have a live-casino experience from the comfort of their own home. And improvements in 3D graphics, stunning audio and new technologies have made gaming online an incredibly enjoyable and entertaining user experience.

Augmented reality in particular will have an increased impact into how users decide to gamble. While still in the early stages of development, AR technology can superimpose a game’s content onto a user’s environment. It’s easy to imagine that with a combined AR / VR experience, a user could enjoy the interactive entertainment experience of a casino without ever having to go there.

Accessing the world through online

As a result of changes in the marketplace, decision makers in the industry have sought out opportunities in the ever-evolving online space. Changing laws have meant that many UK operators have begun accessing overseas markets, including both the US and Asia. Popular poker tournaments including WSOP allow players to qualify online, through using a trusted online poker provider. These changes have meant players and poker lovers are gifted new ways to gain an inside look into events through live streaming and social media.

Changes to the gambling market

In addition to new technologies, there have been massive changes to the gambling marketplace, both online and at land-based casinos. While there has been a stable gambling revenue increase in marketplaces all around the world, new regulations have come as a challenge to operators of gambling venues and platforms.

In 2018, a number of bills were passed that have made the industry revaluate how they make a profit. In May, the UK’s Department for Digital, Culture, Media and Sport (DCMS) revealed their decision to change the maximum wagers allowed at fixed-odds betting terminals. Reacting to a report by the GambleAware charity, which saw seven gamblers lose more than £10,000 a day during a ten-month period, the decision was made to cut the maximum permitted stake from £100 to £2.

It’s predicted that this will have a massive impact on high-street bookmakers. William Hill wrote a letter to its high street landlords, indicating that the changes in regulations would have a dire consequence on its shops without rent reductions. “We can’t afford to wait for things to happen as this will simply result in the creeping closure of more and more shops,” they said.

The future of gambling is truly online. It’s expected that many entrepreneurs, like Gilbert, will reconsider their role in the marketplace as the industry – and technology – continues to evolve.