Is Snap Inc. (SNAP) A Good Stock To Buy?

How do we determine whether Snap Inc. (NYSE:SNAP) makes for a good investment at the moment? We analyze the sentiment of a select group of the very best investors in the world, who spend immense amounts of time and resources studying companies. They may not always be right (no one is), but data shows that their consensus long positions have historically outperformed the market when we adjust for known risk factors.

Is Snap Inc. (NYSE:SNAP) a healthy stock for your portfolio? Investors who are in the know are becoming more confident. The number of bullish hedge fund bets inched up by 2 recently. Our calculations also showed that snap isn’t among the 30 most popular stocks among hedge funds. 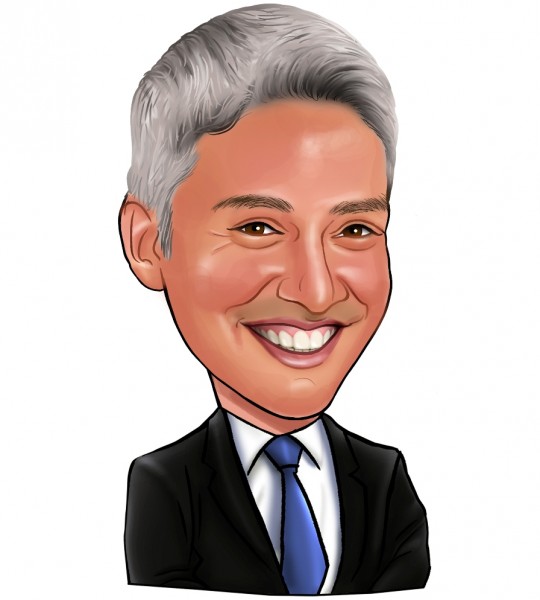 We’re going to take a gander at the latest hedge fund action regarding Snap Inc. (NYSE:SNAP).

What have hedge funds been doing with Snap Inc. (NYSE:SNAP)?

Heading into the fourth quarter of 2018, a total of 17 of the hedge funds tracked by Insider Monkey were bullish on this stock, a change of 13% from the previous quarter. Below, you can check out the change in hedge fund sentiment towards SNAP over the last 13 quarters. With hedge funds’ sentiment swirling, there exists an “upper tier” of notable hedge fund managers who were increasing their holdings considerably (or already accumulated large positions). 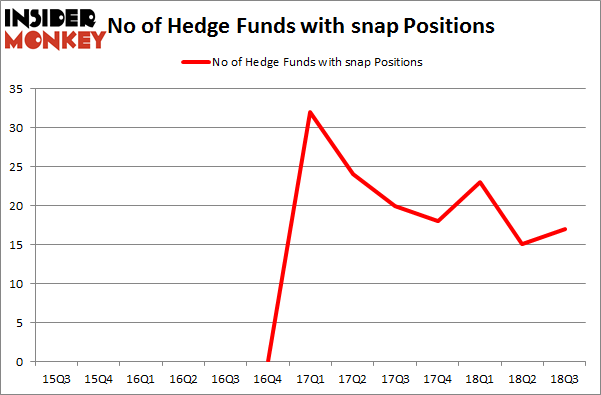 The largest stake in Snap Inc. (NYSE:SNAP) was held by Tybourne Capital Management, which reported holding $265.3 million worth of stock at the end of September. It was followed by Hillhouse Capital Management with a $93.2 million position. Other investors bullish on the company included Citadel Investment Group, Slate Path Capital, and SRS Investment Management.

With a general bullishness amongst the heavyweights, key money managers were breaking ground themselves. Slate Path Capital, managed by David Greenspan, created the biggest position in Snap Inc. (NYSE:SNAP). Slate Path Capital had $73.4 million invested in the company at the end of the quarter. Matthew Tewksbury’s Stevens Capital Management also made a $4.9 million investment in the stock during the quarter. The other funds with new positions in the stock are Israel Englander’s Millennium Management, Paul Tudor Jones’s Tudor Investment Corp, and Chet Kapoor’s Tenzing Global Investors.

Let’s check out hedge fund activity in other stocks – not necessarily in the same industry as Snap Inc. (NYSE:SNAP) but similarly valued. We will take a look at Albemarle Corporation (NYSE:ALB), Fidelity National Financial Inc (NYSE:FNF), UDR, Inc. (NYSE:UDR), and Dropbox, Inc. (NASDAQ:DBX). This group of stocks’ market caps are similar to SNAP’s market cap.

As you can see these stocks had an average of 23.5 hedge funds with bullish positions and the average amount invested in these stocks was $438 million. That figure was $514 million in SNAP’s case. Fidelity National Financial Inc (NYSE:FNF) is the most popular stock in this table. On the other hand UDR, Inc. (NYSE:UDR) is the least popular one with only 16 bullish hedge fund positions. Snap Inc. (NYSE:SNAP) is not the least popular stock in this group but hedge fund interest is still below average. This is a slightly negative signal and we’d rather spend our time researching stocks that hedge funds are piling on. In this regard FNF might be a better candidate to consider a long position.