While the market driven by short-term sentiment influenced by the accommodative interest rate environment in the US, virus news and stimulus spending, many smart money investors are starting to get cautious towards the current bull run since March, 2020 and hedging or reducing many of their long positions. Some fund managers are betting on Dow hitting 40,000 to generate strong returns. However, as we know, big investors usually buy stocks with strong fundamentals that can deliver gains both in bull and bear markets, which is why we believe we can profit from imitating them. In this article, we are going to take a look at the smart money sentiment surrounding Shoals Technologies Group, Inc. (NASDAQ:SHLS).

Is SHLS a good stock to buy? Money managers were betting on the stock. The number of long hedge fund positions rose by 22 recently. Shoals Technologies Group, Inc. (NASDAQ:SHLS) was in 22 hedge funds’ portfolios at the end of the first quarter of 2021. Our calculations also showed that SHLS isn’t among the 30 most popular stocks among hedge funds (click for Q1 rankings). 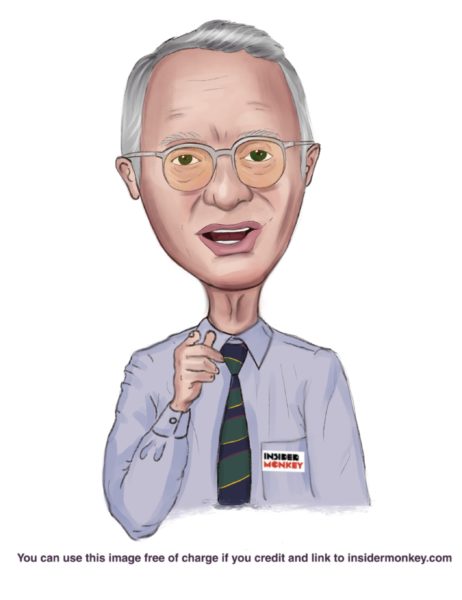 At Insider Monkey, we scour multiple sources to uncover the next great investment idea. For example, Chuck Schumer recently stated that marijuana legalization will be a Senate priority. So, we are checking out this under the radar stock that will benefit from this. We go through lists like the 10 best battery stocks to pick the next Tesla that will deliver a 10x return. Even though we recommend positions in only a tiny fraction of the companies we analyze, we check out as many stocks as we can. We read hedge fund investor letters and listen to stock pitches at hedge fund conferences. You can subscribe to our free daily newsletter on our homepage. Now let’s take a look at the fresh hedge fund action surrounding Shoals Technologies Group, Inc. (NASDAQ:SHLS).

Do Hedge Funds Think SHLS Is A Good Stock To Buy Now? 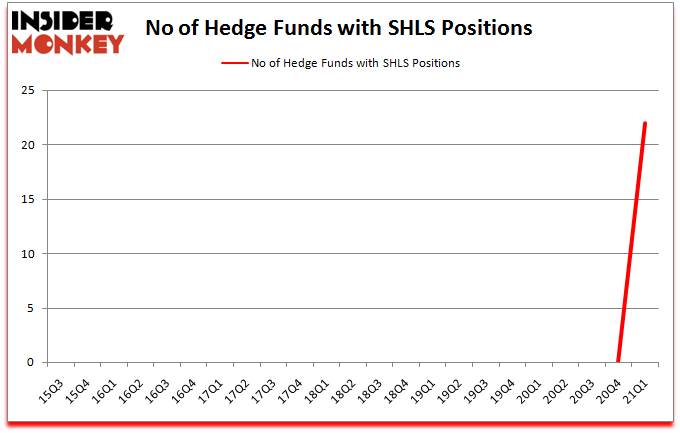 Among these funds, Oaktree Capital Management held the most valuable stake in Shoals Technologies Group, Inc. (NASDAQ:SHLS), which was worth $173.1 million at the end of the fourth quarter. On the second spot was Zimmer Partners which amassed $71.8 million worth of shares. Islet Management, Citadel Investment Group, and Marshall Wace LLP were also very fond of the stock, becoming one of the largest hedge fund holders of the company. In terms of the portfolio weights assigned to each position Oaktree Capital Management allocated the biggest weight to Shoals Technologies Group, Inc. (NASDAQ:SHLS), around 2.66% of its 13F portfolio. Zimmer Partners is also relatively very bullish on the stock, designating 0.97 percent of its 13F equity portfolio to SHLS.

As you can see these stocks had an average of 16.6 hedge funds with bullish positions and the average amount invested in these stocks was $198 million. That figure was $324 million in SHLS’s case. Inspire Medical Systems, Inc. (NYSE:INSP) is the most popular stock in this table. On the other hand TFS Financial Corporation (NASDAQ:TFSL) is the least popular one with only 6 bullish hedge fund positions. Shoals Technologies Group, Inc. (NASDAQ:SHLS) is not the most popular stock in this group but hedge fund interest is still above average. Our overall hedge fund sentiment score for SHLS is 68.2. Stocks with higher number of hedge fund positions relative to other stocks as well as relative to their historical range receive a higher sentiment score. This is a slightly positive signal but we’d rather spend our time researching stocks that hedge funds are piling on. Our calculations showed that top 5 most popular stocks among hedge funds returned 95.8% in 2019 and 2020, and outperformed the S&P 500 ETF (SPY) by 40 percentage points. These stocks gained 23.8% in 2021 through July 16th and beat the market again by 7.7 percentage points. Unfortunately SHLS wasn’t nearly as popular as these 5 stocks and hedge funds that were betting on SHLS were disappointed as the stock returned -22.1% since the end of March (through 7/16) and underperformed the market. If you are interested in investing in large cap stocks with huge upside potential, you should check out the top 5 most popular stocks among hedge funds as many of these stocks already outperformed the market since 2019.