Is Research In Motion Ltd (BBRY) A Long-Term Investment? 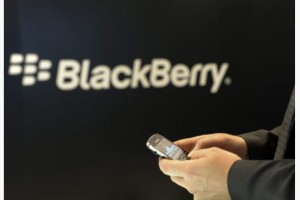 A global leader in wireless innovation, Research In Motion Ltd (NASDAQ:BBRY) completely changed the industry outlook when it was introduced in 1999. Today, Blackberry/Research In Motion is a name which rules the corporate world and inspires millions of its customers around the globe by its enhanced mobile experience.

Recently, it was announced that, effective from January 30, 2013, the company would operate around the world under the iconic name BlackBerry. The legal name of the company has not changed, but the company will do business as BlackBerry. However, the approval of the official change by shareholders still hangs in the balance, and will be discussed at the company’s Annual General Meeting later in 2013.

Research In Motion Ltd (NASDAQ:BBRY) recently, reported the results of Q4 fiscal 2013. The results came as a surprise to the market, as the company outdid several expectations. The robust performance exhibited by Research In Motioncan be attributed to several factors such as; the launch of the new BB10 OS- based smart phone, a strong and dedicated BlackBerry subscriber base of approximately 76 million, a strong investments balance of $2.9 billion and zero debt on its balance sheet.

During the past one year, the company’s stock price has appreciated by nearly 139%, and though the sudden burst in its price is not entirely based on fundamental reasons, it includes rumors of a takeover by the Chinese Electronic giant, Lenovo.

It must be noted, emerging markets in particular are witnessing a surge in the demand for smart phones, which presents a huge growth opportunity in the international markets. After assessing the results from Q4 fiscal 2013, it can be concluded that Research In Motion Ltd (NASDAQ:BBRY) isn’t a U.S. story anymore instead the company has transcended into becoming an international phenomenon. During Q4 fiscal 2013, United States constituted less than 26% of Blackberry’s revenues, and just 11% of overall shipments

Furthermore, the company registered shipments of 6 million smart phones, which includes an order of one million BlackBerry Z10 units. The company also managed to sell 370,000 BlackBerry Playbook tablets, up 45% sequentially, however, it is noteworthy that the tablets were sold on discounted prices.

Research In Motion Ltd (NASDAQ:BBRY), primarily focused on controlling its operating cost, as it reduced the headcount by approximately 5,000 (about 30% of its present workforce), this was coupled with a huge reduction on the R&D expense. I expect such initiatives to improve the company’s bottom line going forward.

Earlier this year, Research In Motion launched the much-awaited Z10 smart phone. The phone can be labelled as an instant success, since; it has already generated a staggering 1 million order from one of BlackBerry’s well established long time carrier. In addition, the all new BB10 OS-based Q10 smart phone (including both touch and physical keyboard options) is already in the pipeline.

As more and more large corporate firms lean towards BYOD (bring your own device), presenting an interesting opportunity for BlackBerry to reclaim some of its lost market share and ascendancy in the smart phone space.

I believe, Research In Motion Ltd (NASDAQ:BBRY) always had a compelling enterprise story to tell with its BES 10 support and BlackBerry Balance; if it can once again interest government agencies and large corporations into using BlackBerry while bringing in new customers, it may well rise from the ashes again.

Relative to Research In Motion Ltd (NASDAQ:BBRY), Microsoft Corporation (NASDAQ:MSFT) got a head start in comparison; nevertheless, Windows Phone presently only claims a market share of 3%. It recently launched its most hyped and latest operating system Windows Phone 8; nonetheless, it is not a radical development and the physical appearance of the device looks nearly the same as Windows Phone 7.

Microsoft Corporation (NASDAQ:MSFT) has been selling Windows Phone 7 devices for over two years now, yet the company is still struggling to maintain its market share in the smart phone space.

Similarly, Research In Motion Ltd (NASDAQ:BBRY) also competes with Apple Inc. (NASDAQ:AAPL). Apples’s iOS is the pinnacle of innovation, as it revolutionized the entire mobile computing industry. However, new entrants in the high end smart phone space could lead consumers into drifting towards more radically innovative and disruptive products such as Galaxy S4.

Apple Inc. (NASDAQ:AAPL)’s iPhone 5 is the “fifth generation marvel”, which enables it to command its prices, as it offers ground breaking technology. Nevertheless, going forward hierarchy in the smart phone market could drastically change.