This year, the U.S. job market has been lackluster at best. A long awaited rebound in hiring is elusive and the economy is showing some early signs of softness, which could further weigh on the weak employment market. Two dividend stocks whose fortunes are tied to the state of the U.S. labor market and the interest rate policy (due to interest earned on clients’ funds) are the payroll-processing companies Paychex, Inc. (NASDAQ:PAYX) and Automatic Data Processing (NASDAQ:ADP). In anticipation of better days, these two stocks have recently rallied to their new 52-week highs, despite the labor market weakness. While ADP is a dividend aristocrat that has increased dividends for the past 36 years, Paychex pays a higher dividend yield. Does this mean that Paychex is a better dividend play for income investors?

Historically, since Paychex’s market debut in 1983, the company has outperformed Automatic Data Processing (NASDAQ:ADP) by a significant margin. Investors who held Paychex shares over such a long investment period would certainly be better off than investors in ADP. However, the Paychex’s historical outperformance does not replicate over the five- and ten-year investment horizons. For instance, ten years ago, Paychex, Inc. (NASDAQ:PAYX) paid a dividend yield of 1.9% and ADP paid a dividend yield of 1.3%. The former grew its dividends at an average rate of 11.3% per year over the past decade, while the latter increased dividends at a rate of 13% per year. Over the same period, Paychex produced a total return of 6.9% per year, while ADP produced a total return of 8.6% per year. Hence, ADP investors would see higher total returns on a ten-year investment basis.

ADP’s outperformance is even more pronounced over a five-year investment horizon. Over the past five years, ADP generated a total return of 6.9% per year, while Paychex realized a negative total return (of -1.2% per year). This outcome came despite Paychex’s dividend boosts averaging 4.6% per year over the past five years. Over the same period, ADP boosted dividends at an average annual rate of 10% and paid a special dividend of $4.925 in 2007. Still, capital appreciation was a major driver of the solid outperformance. Thus, strong capital growth of ADP’s stock is also partly responsible for yield compression relative to Paychex.

The answer to ADP’s relative outperformance is its stronger EPS growth. Both companies grew their bottom lines over the past five years, despite the recession and a sizable increase in unemployment, and the interest rates falling to record lows. Boosted in part by share buybacks, ADP’s EPS grew at an average annual rate of 9%, compared to a measly annual growth of 2.3% in Paychex’s EPS. Over the past five years, Paychex’s valuation was less favorable than that of ADP, given Paychex’s average five-year P/E of 21.5 and ADP’s historical P/E of 18.9.

Given that Paychex currently yields 110 basis points more than Automatic Data Processing (NASDAQ:ADP), is Paychex a better dividend play for the next five years? Indeed, based solely on the dividend yield, Paychex, with a yield of 3.9%, is more attractive than ADP, which pays a 2.8% yield. It is almost certain that ADP will continue to raise its dividends in a same manner in which it has done over the past 36 years. Its payout ratio is 56% of earnings and its dividend growth has been higher than that of Paychex, Inc. (NASDAQ:PAYX). Paychex’s payout ratio is high at 85%, so one should expect low single-digit dividend growth, if any, in the future.

However, investors must consider the prospect for future capital appreciation. Given the weak outlook for employment growth over the next several years and persistently low interest rates, ADP’s stock is likely to fare better than Paychex’s. While both companies face the same headwinds, ADP is better positioned to grow its top- and bottom-lines, given that it has invested more aggressively in product development and product-line expansions over the past five years. As the bumpy road lies ahead for the U.S. economy and the labor market, ADP’s revenues derived from large institutional clients appear to be more stable and predictable. Still, ADP has been gaining market share in the small and medium enterprise payroll services market, which means it is expanding its client base. Until employment gains are much stronger, ADP is likely to stand taller than Paychex.

Paychex is much more dependent on the employment growth, which will remain slow for the foreseeable future. Still, one should not underestimate Paychex’s capacity to grow earnings even at lower revenue growth than ADP’s.  While ADP processes about 5 times more W-2 forms than Paychex, its net income is only twice that of its competitor. Paychex’s margins are double ADP’s, so that the company earns a higher profit on each dollar of sales. Paychex has a return on invested capital (ROIC) of 34.2%, while ADP’s ROIC is lower at 21.2%.

In the absence of a strong employment growth, both companies will grow their EPS in the low single digits, although analysts forecast their EPS growth will average about 10% per year for the next five years. Moreover, both companies are currently trading at a large valuation premium. Hence, there is no real catalyst for stock appreciation in the near term. Still, ADP’s capital growth is likely to outpace that of Paychex, yielding higher total returns, at least in the near term until employment growth accelerates. 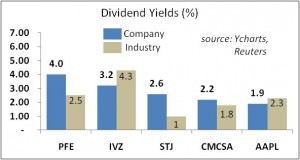 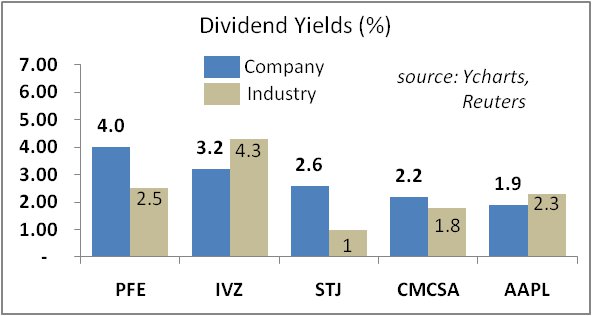