Is NSCO A Good Stock To Buy Now?

Most investors tend to think that hedge funds and other asset managers are worthless, as they cannot beat even simple index fund portfolios. In fact, most people expect hedge funds to compete with and outperform the bull market that we have witnessed in recent years. However, hedge funds are generally partially hedged and aim at delivering attractive risk-adjusted returns rather than following the ups and downs of equity markets hoping that they will outperform the broader market. Our research shows that certain hedge funds do have great stock picking skills (and we can identify these hedge funds in advance pretty accurately), so let’s take a glance at the smart money sentiment towards Nesco Holdings, Inc. (NYSE:NSCO).

Is NSCO a good stock to buy now? Nesco Holdings, Inc. (NYSE:NSCO) shareholders have witnessed an increase in hedge fund sentiment recently. Nesco Holdings, Inc. (NYSE:NSCO) was in 11 hedge funds’ portfolios at the end of September. The all time high for this statistics is 18. There were 10 hedge funds in our database with NSCO holdings at the end of June. Our calculations also showed that NSCO isn’t among the 30 most popular stocks among hedge funds (click for Q3 rankings and see the video for a quick look at the top 5 stocks). 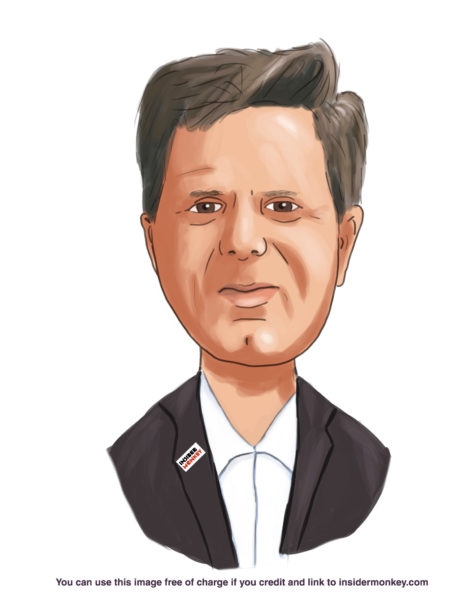 At Insider Monkey we scour multiple sources to uncover the next great investment idea. For example, Federal Reserve has been creating trillions of dollars electronically to keep the interest rates near zero. We believe this will lead to inflation and boost real estate prices. So, we recommended this real estate stock to our monthly premium newsletter subscribers. We go through lists like the 15 best blue chip stocks to pick the best large-cap stocks to buy. Even though we recommend positions in only a tiny fraction of the companies we analyze, we check out as many stocks as we can. We read hedge fund investor letters and listen to stock pitches at hedge fund conferences. You can subscribe to our free daily newsletter on our website. Keeping this in mind let’s analyze the latest hedge fund action surrounding Nesco Holdings, Inc. (NYSE:NSCO).

Do Hedge Funds Think NSCO Is A Good Stock To Buy Now?

At third quarter’s end, a total of 11 of the hedge funds tracked by Insider Monkey were long this stock, a change of 10% from the previous quarter. Below, you can check out the change in hedge fund sentiment towards NSCO over the last 21 quarters. So, let’s find out which hedge funds were among the top holders of the stock and which hedge funds were making big moves. 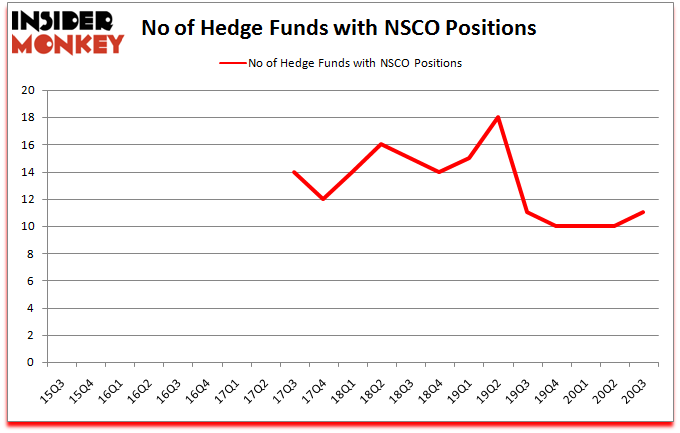 According to publicly available hedge fund and institutional investor holdings data compiled by Insider Monkey, Israel Englander’s Millennium Management has the number one call position in Nesco Holdings, Inc. (NYSE:NSCO), worth close to $8.1 million, accounting for less than 0.1%% of its total 13F portfolio. The second most bullish fund manager is Alyeska Investment Group, led by Anand Parekh, holding a $6.3 million position; 0.1% of its 13F portfolio is allocated to the stock. Some other professional money managers that hold long positions consist of Anand Parekh’s Alyeska Investment Group, Austin Wiggins Hopper’s AWH Capital and Don Morgan’s Brigade Capital. In terms of the portfolio weights assigned to each position AWH Capital allocated the biggest weight to Nesco Holdings, Inc. (NYSE:NSCO), around 2.54% of its 13F portfolio. Alyeska Investment Group is also relatively very bullish on the stock, earmarking 0.1 percent of its 13F equity portfolio to NSCO.

Now, some big names have jumped into Nesco Holdings, Inc. (NYSE:NSCO) headfirst. Renaissance Technologies, created the most outsized position in Nesco Holdings, Inc. (NYSE:NSCO). Renaissance Technologies had $0.1 million invested in the company at the end of the quarter. Jeffrey Gendell’s Tontine Asset Management also initiated a $0 million position during the quarter.

As you can see these stocks had an average of 7.4 hedge funds with bullish positions and the average amount invested in these stocks was $23 million. That figure was $12 million in NSCO’s case. scPharmaceuticals Inc. (NASDAQ:SCPH) is the most popular stock in this table. On the other hand Solar Senior Capital Ltd (NASDAQ:SUNS) is the least popular one with only 2 bullish hedge fund positions. Nesco Holdings, Inc. (NYSE:NSCO) is not the most popular stock in this group but hedge fund interest is still above average. Our overall hedge fund sentiment score for NSCO is 69.3. Stocks with higher number of hedge fund positions relative to other stocks as well as relative to their historical range receive a higher sentiment score. Our calculations showed that top 20 most popular stocks among hedge funds returned 41.3% in 2019 and outperformed the S&P 500 ETF (SPY) by 10 percentage points. These stocks gained 32.9% in 2020 through December 8th and still beat the market by 16.2 percentage points. Hedge funds were also right about betting on NSCO as the stock returned 48.4% since the end of Q3 (through 12/8) and outperformed the market. Hedge funds were rewarded for their relative bullishness.