Is Now A Good Time to Buy Cisco?

Cisco Systems, Inc. (NASDAQ:CSCO)’s fiscal year ended in July, with the company issuing its annual report in September. Revenue for the year was 7% higher than in the fiscal year ending in July 2011, which in turn had shown growth over the fiscal year ending in July 2010.  In addition, the company reversed the shrinkage in margins that it had experienced during the last fiscal year, causing net income to grow by 24%- impressive for a company with a market capitalization of almost $100 billion. Shareholders also saw even higher growth in earnings per share as Cisco continued its tradition of buying back a considerable number of shares; EPS were up 27%, from $1.17 to $1.49.

The stock price, however, has not reacted much to these better numbers. Cisco is actually down year to date, even as the NASDAQ has risen about 15%. As a result, Cisco- a company which is seeing solid income growth, has a good record of buying back shares, pays a dividend yield of 3.1%, had a sizable cash haul at the end of last quarter, and has a number of opportunities for continued growth- trades at only 12 times trailing earnings. We think this is too low a price. Even if Cisco has little to no earnings growth, its earnings per share should see small increases from buybacks and investors should get dividend payments as well. Improved business performance, if it continues, should also convince the market to price the stock at a higher multiple.

Cisco, as a large tech company with a large upside in cloud computing, is a popular pick among hedge funds and other notable investors. It was one of the ten most popular technology stocks in our database of 13F filings for the second quarter of the year. See the full rankings of the most popular tech stocks and research more cloud computing stocks that billionaires love. One wealthy investor who was firmly in Cisco’s corner during Q2 was billionaire Ken Fisher. His firm, Fisher Asset Management, grew its stake in Cisco from a small number of shares at the beginning of April to over 21 million at the end of June (find more stock picks from Fisher Asset Management).

Cisco’s peers include Alacatel Lucent SA (NYSE:ALU), Juniper Networks, Inc. (NYSE:JNPR), Riverbed Technology, Inc. (NASDAQ:RVBD), and Palo Alto Networks Inc (NYSE:PANW). Cisco is considerably cheaper than any of these companies on a forward basis. Juniper and Alcatel-Lucent are the only two with forward P/Es under 20. Of these, Alcatel-Lucent’s stock price is down 60% in the last year as its revenue has fallen and it has actually reported losses in each of its last two quarters. Its forward P/E is 18, and we don’t think it deserves any premium to Cisco. Juniper’s stock price, revenue, and net income are all down from a year ago as well; it trades at 16 times forward earnings estimates, reflecting quite a bit of optimism from Wall Street (its trailing P/E is a considerably higher 37). We think it is a worse value than Cisco as well.

Riverbed and Palo Alto’s valuations also reflect stronger expectations for 2013 than what the companies have seen on a trailing basis. Palo Alto is actually unprofitable, and earnings per share are expected to be low next year. Its revenue nearly doubled in its most recent quarter versus the same period a year earlier, so there is certainly growth there, but we still find the valuation too high. Riverbed reported revenue and earnings growth of 15% and 28%, respectively, in the third quarter of 2012 compared to the third quarter of 2011. It trades at 56 times trailing earnings, with consensus being that strong growth will continue and pull the forward P/E down to 20.

Out of the four peers we’ve discussed, Riverbed seems to have the best case as a growth stock; if it hits analyst targets for 2013 it should at least prove decently priced. Cisco’s considerably cheaper valuation, however, coupled with its recent good results, make it a better pick on a value basis.

Is Coca-Cola a Good Stock to Buy?

Is EMC a Good Stock to Buy?

Is Cisco a Good Stock to Buy?

Is IBM a Good Value Play? 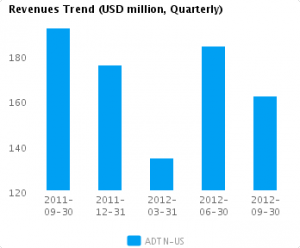 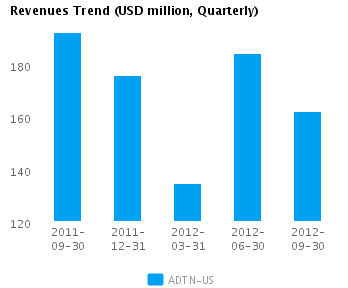