Is LTC Properties Inc (LTC) A Good Stock To Buy?

We are still in an overall bull market and many stocks that smart money investors were piling into surged through the end of November. Among them, Facebook and Microsoft ranked among the top 3 picks and these stocks gained 54% and 51% respectively. Hedge funds’ top 3 stock picks returned 41.7% this year and beat the S&P 500 ETFs by 14 percentage points. Investing in index funds guarantees you average returns, not superior returns. We are looking to generate superior returns for our readers. That’s why we believe it isn’t a waste of time to check out hedge fund sentiment before you invest in a stock like LTC Properties Inc (NYSE:LTC).

Is LTC Properties Inc (NYSE:LTC) the right pick for your portfolio? Hedge funds are taking a pessimistic view. The number of long hedge fund positions were trimmed by 3 recently. Our calculations also showed that LTC isn’t among the 30 most popular stocks among hedge funds (click for Q3 rankings and see the video below for Q2 rankings).

According to most traders, hedge funds are viewed as unimportant, outdated financial vehicles of the past. While there are more than 8000 funds trading at present, Our researchers hone in on the top tier of this group, around 750 funds. Most estimates calculate that this group of people orchestrate the lion’s share of the hedge fund industry’s total asset base, and by keeping an eye on their best stock picks, Insider Monkey has brought to light a few investment strategies that have historically outpaced the broader indices. Insider Monkey’s flagship short hedge fund strategy outperformed the S&P 500 short ETFs by around 20 percentage points annually since its inception in May 2014. Our portfolio of short stocks lost 27.8% since February 2017 (through November 21st) even though the market was up more than 39% during the same period. We just shared a list of 7 short targets in our latest quarterly update . 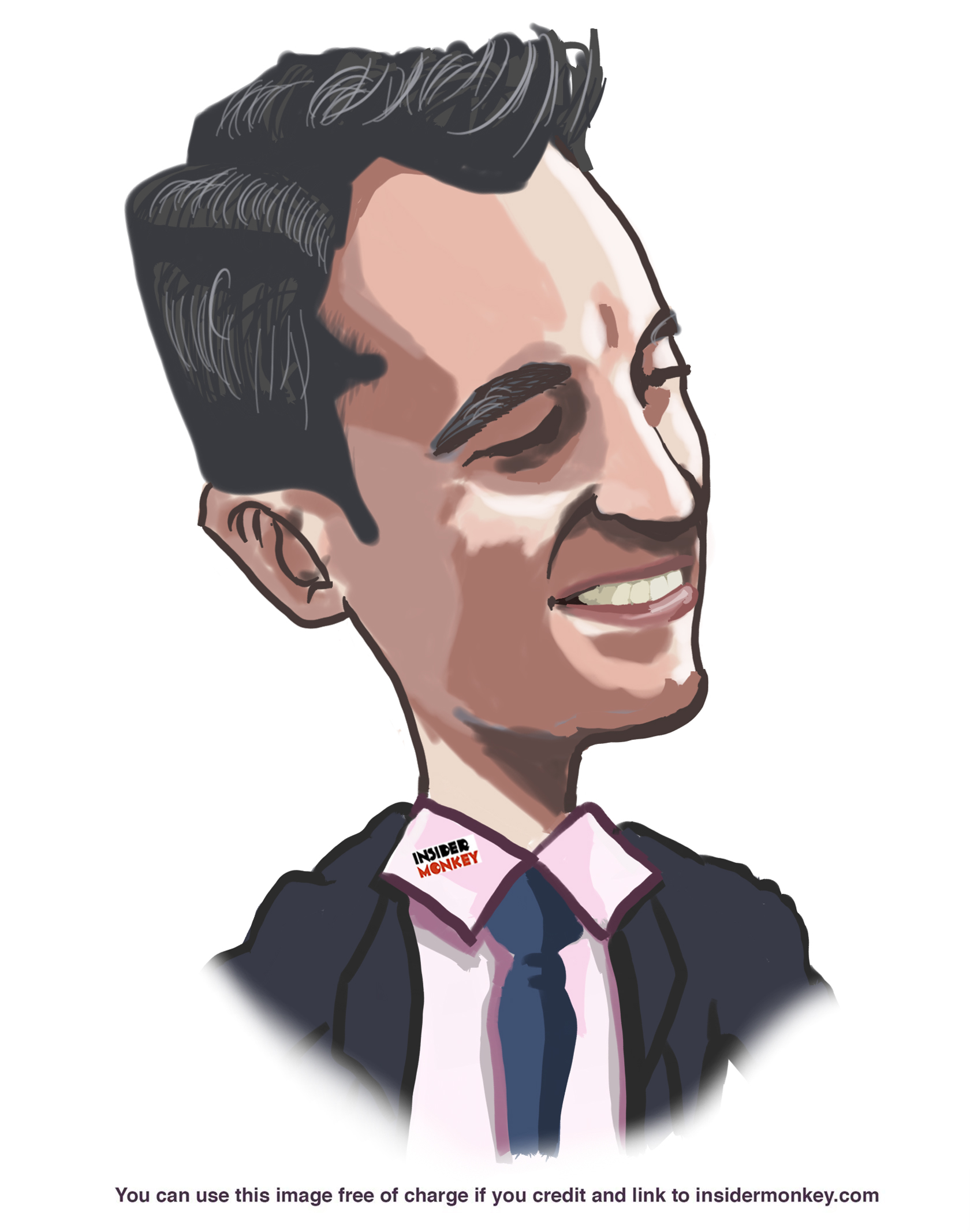 We leave no stone unturned when looking for the next great investment idea. For example Discover is offering this insane cashback card, so we look into shorting the stock. One of the most bullish analysts in America just put his money where his mouth is. He says, “I’m investing more today than I did back in early 2009.” So we check out his pitch. We read hedge fund investor letters and listen to stock pitches at hedge fund conferences. We even check out this option genius’ weekly trade ideas. This December we recommended Adams Energy  based on an under-the-radar fund manager’s investor letter and the stock gained 20 percent. We’re going to analyze the new hedge fund action surrounding LTC Properties Inc (NYSE:LTC).

What does smart money think about LTC Properties Inc (NYSE:LTC)? 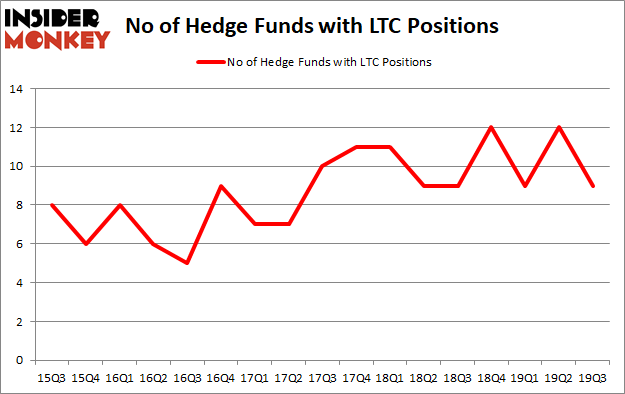 The largest stake in LTC Properties Inc (NYSE:LTC) was held by Eversept Partners, which reported holding $3.6 million worth of stock at the end of September. It was followed by Citadel Investment Group with a $3.2 million position. Other investors bullish on the company included Two Sigma Advisors, Renaissance Technologies, and AQR Capital Management. In terms of the portfolio weights assigned to each position Eversept Partners allocated the biggest weight to LTC Properties Inc (NYSE:LTC), around 1.11% of its 13F portfolio. Zebra Capital Management is also relatively very bullish on the stock, setting aside 0.69 percent of its 13F equity portfolio to LTC.

Because LTC Properties Inc (NYSE:LTC) has witnessed falling interest from the smart money, we can see that there exists a select few hedge funds that elected to cut their positions entirely last quarter. At the top of the heap, David E. Shaw’s D E Shaw sold off the biggest position of the “upper crust” of funds tracked by Insider Monkey, comprising an estimated $0.3 million in stock, and Dmitry Balyasny’s Balyasny Asset Management was right behind this move, as the fund said goodbye to about $0.3 million worth. These transactions are interesting, as aggregate hedge fund interest dropped by 3 funds last quarter.

As you can see these stocks had an average of 16.5 hedge funds with bullish positions and the average amount invested in these stocks was $339 million. That figure was $16 million in LTC’s case. Amicus Therapeutics, Inc. (NASDAQ:FOLD) is the most popular stock in this table. On the other hand WesBanco, Inc. (NASDAQ:WSBC) is the least popular one with only 10 bullish hedge fund positions. Compared to these stocks LTC Properties Inc (NYSE:LTC) is even less popular than WSBC. Hedge funds dodged a bullet by taking a bearish stance towards LTC. Our calculations showed that the top 20 most popular hedge fund stocks returned 37.4% in 2019 through the end of November and outperformed the S&P 500 ETF (SPY) by 9.9 percentage points. Unfortunately LTC wasn’t nearly as popular as these 20 stocks (hedge fund sentiment was very bearish); LTC investors were disappointed as the stock returned -7.9% during the fourth quarter (through the end of November) and underperformed the market. If you are interested in investing in large cap stocks with huge upside potential, you should check out the top 20 most popular stocks among hedge funds as 70 percent of these stocks already outperformed the market so far in Q4.