Is Inphi Corporation (IPHI) A Good Stock To Buy ?

Hedge funds are known to underperform the bull markets but that’s not because they are terrible at stock picking. Hedge funds underperform because their net exposure in only 40-70% and they charge exorbitant fees. No one knows what the future holds and how market participants will react to the bountiful news that floods in each day. However, hedge funds’ consensus picks on average deliver market beating returns. For example in the first 9 months of this year through September 30th the Standard and Poor’s 500 Index returned approximately 20% (including dividend payments). Conversely, hedge funds’ top 20 large-cap stock picks generated a return of 24% during the same 9-month period, with the majority of these stock picks outperforming the broader market benchmark. Interestingly, an average long/short hedge fund returned only a fraction of this value due to the hedges they implemented and the large fees they charged. If you pay attention to the actual hedge fund returns versus the returns of their long stock picks, you might believe that it is a waste of time to analyze hedge funds’ purchases. We know better. That’s why we scrutinize hedge fund sentiment before we invest in a stock like Inphi Corporation (NYSE:IPHI).

Is Inphi Corporation (NYSE:IPHI) undervalued? Hedge funds are getting more optimistic. The number of bullish hedge fund bets advanced by 5 recently. Our calculations also showed that IPHI isn’t among the 30 most popular stocks among hedge funds (view the video below). IPHI was in 26 hedge funds’ portfolios at the end of June. There were 21 hedge funds in our database with IPHI holdings at the end of the previous quarter. 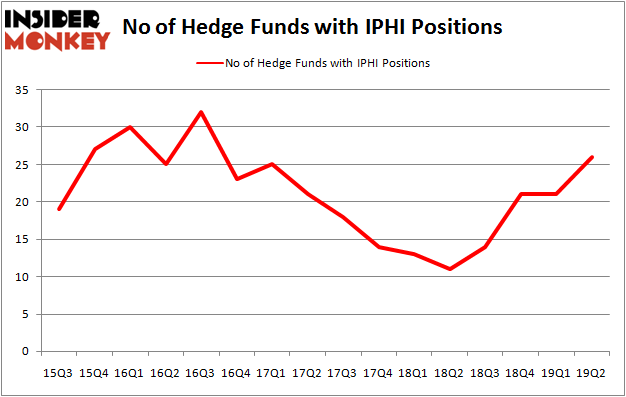 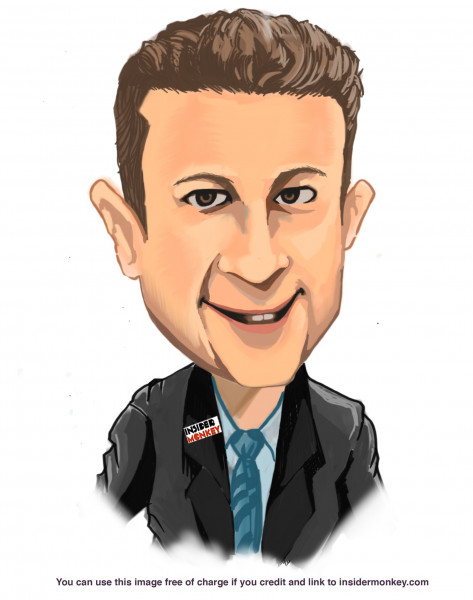 With a general bullishness amongst the heavyweights, key money managers were breaking ground themselves. Tudor Investment Corp, managed by Paul Tudor Jones, established the biggest position in Inphi Corporation (NYSE:IPHI). Tudor Investment Corp had $5.4 million invested in the company at the end of the quarter. Renaissance Technologies also initiated a $3.9 million position during the quarter. The other funds with brand new IPHI positions are Andrew Sandler’s Sandler Capital Management, James Dondero’s Highland Capital Management, and Will Graves’s Boardman Bay Capital Management.

As you can see these stocks had an average of 17.75 hedge funds with bullish positions and the average amount invested in these stocks was $150 million. That figure was $220 million in IPHI’s case. First Bancorp (NYSE:FBP) is the most popular stock in this table. On the other hand Alamos Gold Inc (NYSE:AGI) is the least popular one with only 12 bullish hedge fund positions. Compared to these stocks Inphi Corporation (NYSE:IPHI) is more popular among hedge funds. Our calculations showed that top 20 most popular stocks among hedge funds returned 24.4% in 2019 through September 30th and outperformed the S&P 500 ETF (SPY) by 4 percentage points. Hedge funds were also right about betting on IPHI as the stock returned 21.9% during Q3 and outperformed the market by an even larger margin. Hedge funds were clearly right about piling into this stock relative to other stocks with similar market capitalizations.