Is EQT Corporation (EQT) Going to Burn These Hedge Funds?

If you were to ask many of your peers, hedge funds are seen as bloated, outdated investment vehicles of a forgotten age. Although there are more than 8,000 hedge funds with their doors open in present day, this site focuses on the bigwigs of this club, around 525 funds. It is widely held that this group has its hands on the majority of the hedge fund industry’s total assets, and by monitoring their highest quality investments, we’ve found a number of investment strategies that have historically outpaced Mr. Market. Our small-cap hedge fund strategy outperformed the S&P 500 index by 18 percentage points annually for a decade in our back tests, and since we’ve started sharing our picks with our subscribers at the end of August 2012, we have topped the S&P 500 index by 33 percentage points in 11 months (see all of our picks from August).

Equally as necessary, optimistic insider trading activity is a second way to look at the stock market universe. There are plenty of stimuli for an insider to sell shares of his or her company, but just one, very obvious reason why they would buy. Plenty of empirical studies have demonstrated the impressive potential of this method if investors understand where to look (learn more here).

At Q2’s end, a total of 37 of the hedge funds we track held long positions in this stock, a change of 6% from one quarter earlier. With the smart money’s capital changing hands, there exists an “upper tier” of key hedge fund managers who were boosting their stakes substantially.

According to our 13F database, Ken Griffin’s Citadel Investment Group had the largest position in EQT Corporation (NYSE:EQT), worth close to $267.5 million, comprising 0.5% of its total 13F portfolio. Coming in second is Point State Capital, managed by Sean Cullinan, which held a $253.5 million position; 4.4% of its 13F portfolio is allocated to the stock. Other hedge funds that hold long positions include George Soros’s Soros Fund Management, Israel Englander’s Millennium Management and Phill Gross and Robert Atchinson’s Adage Capital Management.

What do corporate executives and insiders think about EQT Corporation (NYSE:EQT)?

Legal insider trading, particularly when it’s bullish, is at its handiest when the company in question has experienced transactions within the past 180 days. Over the last 180-day time frame, EQT Corporation (NYSE:EQT) has seen 1 unique insiders buying, and 5 insider sales (see the details of insider trades here).

We’ll also examine the relationship between both of these indicators in other stocks similar to EQT Corporation (NYSE:EQT). These stocks are Integrys Energy Group, Inc. (NYSE:TEG), AGL Resources Inc. (NYSE:GAS), Sempra Energy (NYSE:SRE), Western Gas Equity Partners LP (NYSE:WGP), and ONEOK, Inc. (NYSE:OKE). This group of stocks belong to the gas utilities industry and their market caps are similar to EQT’s market cap. 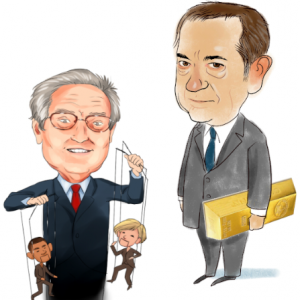 Is Gold Back In Spite of Soros and Paulson?