Is Discover A Better Stock Than Visa And Mastercard?

Credit card stocks have been on a roll so far in 2012. Visa Inc (NYSE:V) is up about 35%, and Mastercard Inc (NYSE:MA) has increased in value by about 25%. Both market leaders, however, lag Discover Financial Services (NYSE:DFS); that stock is up 60% year to date. Just as interesting, when looking at valuation metrics Discover looks to be cheaper than either of these peers. Its trailing P/E multiple is 9, and it trades at the same multiple of analyst consensus on its 2013 earnings; Visa and Mastercard’s forward P/Es are 19 and 18, respectively. It is certainly the case that Visa and Mastercard have more attractive brands, and are also considerably larger in terms of market capitalization (Discover’s equity is valued at $20 billion, with Mastercard at about three times that figure and Visa at just above $90 billion), and so we would expect them to trade at something of a premium. Yet the gap between Discover and these peers does seem high.

Discover Financial Services has gotten two recent downgrades, however (from Stifel Nicolaus and Argus) and it is possible that its string is coming to an end. Its interest income was up 6% in its most recent fiscal quarter (which ended in August) compared to a year earlier, which was in line with the growth rates it had showed in the first half of the fiscal year. With a rise in expenses, net income ended up being down 3%, as opposed to rising as it had in the first half of the year, though thanks to a reduction in share count earnings per share were up slightly. As we’ve mentioned, both the trailing and forward P/Es at Discover are 9. Taking into account analyst projections for a few more years out, the five-year PEG ratio is 0.8; this indicates that the stock is a good value according to sell-side analysts.

Columbus Circle Investors, managed by Donald Chiboucis, cut its stake in Discover Financial Services by 12% during the second quarter of 2012 but still owned 5.7 million shares. However, the fund had a larger position in Mastercard and had about the same amount of money invested in Visa (find more stocks owned by Columbus Circle Investors). Billionaire Ken Griffin’s Citadel Investment Group added a large number of shares and had 3.2 million at the end of June (see more stock picks from Ken Griffin and Citadel). Cliff Asness’s AQR Capital Management also bought, owning 2 million shares at the end of the quarter (research Cliff Asness’s favorite stocks).

Visa and Mastercard’s most recent reported quarters ended in June, with revenue at both companies up about 10% in that quarter versus a year earlier. So they appear to be slightly beating Discover on the growth front, in addition to their other attractive characteristics. Still, it looks to us that they trade at too high a premium in terms of earnings. Two other credit card companies are American Express Company (NYSE:AXP) and Capital One Financial Corp. (NYSE:COF). American Express’s business, in terms of revenue and earnings, was about flat in the second quarter compared to the second quarter of 2011, and trades at 14 times trailing earnings. Again, we don’t think that the company’s better brand and more consistent performance warrants quite as great a premium as it currently trades at. Capital One is Discover’s closest contender in the value department; it trades at trailing and forward P/Es of 11 and 8, respectively. This is despite the fact that its second quarter went very badly, as the company reported lower earnings and a 90% drop in earnings from what it had done in the same period last year.

We would prefer Discover to Capital One as it trades at similar multiples and its business appears to be doing better. The other peers- including Mastercard and Visa- do still look too pricy, as while they do have a number of advantages as investments they just aren’t as good a value.

Is AT&T A Good Stock to Buy? 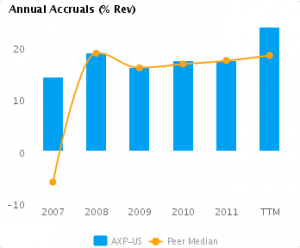 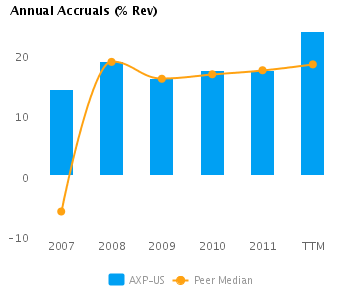 An Insider Bought At This Regional Bank 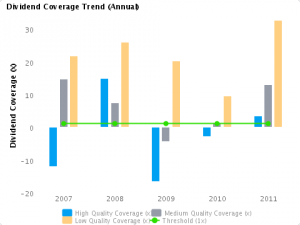 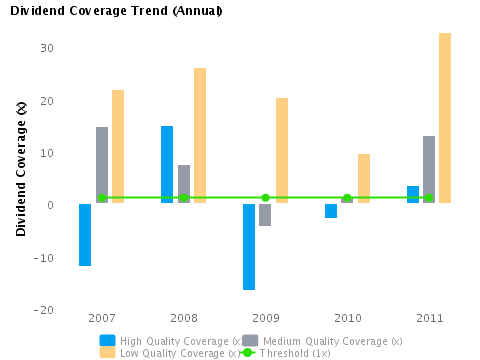