We at Insider Monkey have gone over 700 13F filings that hedge funds and prominent investors are required to file by the SEC. The 13F filings show the funds’ and investors’ portfolio positions as of December 31st. In this article we look at what those investors think of Commscope Holding Company Inc (NASDAQ:COMM).

Commscope Holding Company Inc (NASDAQ:COMM) was in 28 hedge funds’ portfolios at the end of the fourth quarter of 2018. COMM investors should pay attention to a decrease in enthusiasm from smart money of late. There were 31 hedge funds in our database with COMM positions at the end of the previous quarter. Our calculations also showed that COMM isn’t among the 30 most popular stocks among hedge funds. 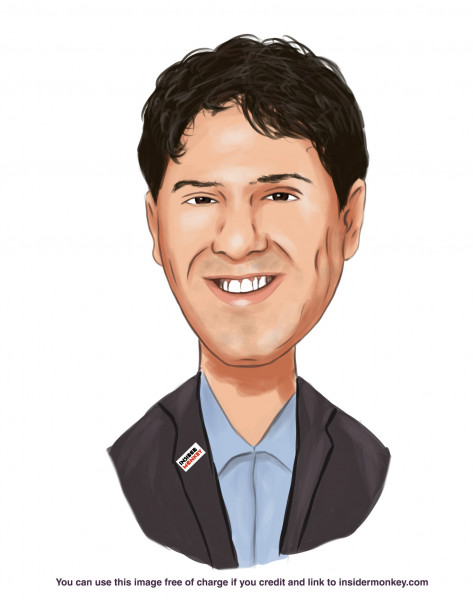 What does the smart money think about Commscope Holding Company Inc (NASDAQ:COMM)? 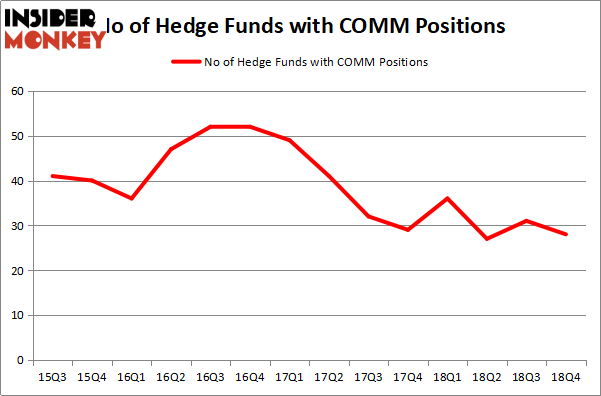 Among these funds, FPR Partners held the most valuable stake in Commscope Holding Company Inc (NASDAQ:COMM), which was worth $183.2 million at the end of the fourth quarter. On the second spot was Maverick Capital which amassed $159.8 million worth of shares. Moreover, Route One Investment Company, Levin Capital Strategies, and Citadel Investment Group were also bullish on Commscope Holding Company Inc (NASDAQ:COMM), allocating a large percentage of their portfolios to this stock.

Judging by the fact that Commscope Holding Company Inc (NASDAQ:COMM) has faced falling interest from the smart money, we can see that there exists a select few funds that slashed their positions entirely in the third quarter. Intriguingly, Clifton S. Robbins’s Blue Harbour Group cut the biggest investment of the 700 funds watched by Insider Monkey, worth an estimated $71.9 million in stock, and Barry Lebovits and Joshua Kuntz’s Rivulet Capital was right behind this move, as the fund cut about $35.9 million worth. These transactions are important to note, as total hedge fund interest fell by 3 funds in the third quarter.

As you can see these stocks had an average of 24.25 hedge funds with bullish positions and the average amount invested in these stocks was $295 million. That figure was $888 million in COMM’s case. Louisiana-Pacific Corporation (NYSE:LPX) is the most popular stock in this table. On the other hand Cushman & Wakefield plc (NYSE:CWK) is the least popular one with only 13 bullish hedge fund positions. Commscope Holding Company Inc (NASDAQ:COMM) is not the most popular stock in this group but hedge fund interest is still above average. Our calculations showed that top 15 most popular stocks) among hedge funds returned 24.2% through April 22nd and outperformed the S&P 500 ETF (SPY) by more than 7 percentage points. Hedge funds were also right about betting on COMM as the stock returned 58.6% and outperformed the market by an even larger margin. Hedge funds were rewarded for their relative bullishness.