Is Blue Bird Corporation (BLBD) A Good Stock To Buy?

At the end of February we announced the arrival of the first US recession since 2009 and we predicted that the market will decline by at least 20% in (Recession is Imminent: We Need A Travel Ban NOW). In these volatile markets we scrutinize hedge fund filings to get a reading on which direction each stock might be going. In this article, we will take a closer look at hedge fund sentiment towards Blue Bird Corporation (NASDAQ:BLBD).

Blue Bird Corporation (NASDAQ:BLBD) shareholders have witnessed a decrease in hedge fund interest lately. Our calculations also showed that BLBD isn’t among the 30 most popular stocks among hedge funds (click for Q1 rankings and see the video for a quick look at the top 5 stocks). 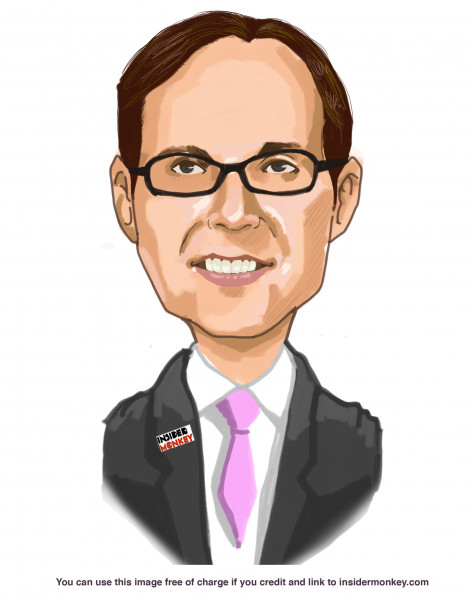 At Insider Monkey we leave no stone unturned when looking for the next great investment idea. For example, We take a look at lists like the 10 most profitable companies in the world to identify the compounders that are likely to deliver double digit returns. We interview hedge fund managers and ask them about their best ideas. We read hedge fund investor letters and listen to stock pitches at hedge fund conferences. For example we are checking out stocks recommended/scorned by legendary Bill Miller. Our best call in 2020 was shorting the market when the S&P 500 was trading at 3150 in February after realizing the coronavirus pandemic’s significance before most investors. Keeping this in mind let’s take a glance at the fresh hedge fund action regarding Blue Bird Corporation (NASDAQ:BLBD).

How have hedgies been trading Blue Bird Corporation (NASDAQ:BLBD)? 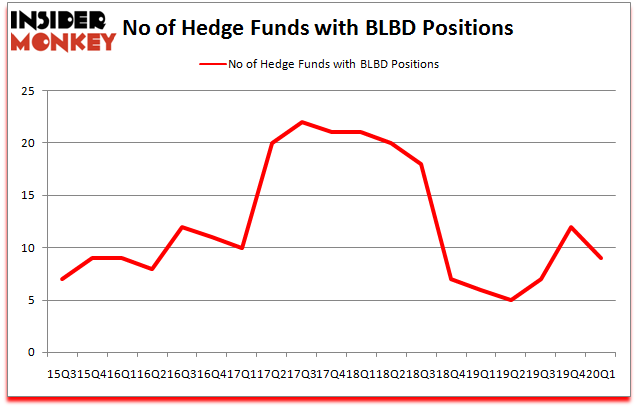 According to publicly available hedge fund and institutional investor holdings data compiled by Insider Monkey, Christopher Shackelton and Adam Gray’s Coliseum Capital has the number one position in Blue Bird Corporation (NASDAQ:BLBD), worth close to $7.6 million, accounting for 2.1% of its total 13F portfolio. On Coliseum Capital’s heels is Renaissance Technologies, with a $7.1 million position; the fund has less than 0.1%% of its 13F portfolio invested in the stock. Remaining hedge funds and institutional investors that are bullish encompass Arnaud Ajdler’s Engine Capital, John Overdeck and David Siegel’s Two Sigma Advisors and Peter Rathjens, Bruce Clarke and John Campbell’s Arrowstreet Capital. In terms of the portfolio weights assigned to each position Coliseum Capital allocated the biggest weight to Blue Bird Corporation (NASDAQ:BLBD), around 2.07% of its 13F portfolio. Engine Capital is also relatively very bullish on the stock, designating 2 percent of its 13F equity portfolio to BLBD.

Seeing as Blue Bird Corporation (NASDAQ:BLBD) has faced declining sentiment from the aggregate hedge fund industry, logic holds that there were a few money managers that decided to sell off their positions entirely in the first quarter. Interestingly, Israel Englander’s Millennium Management cut the largest stake of the “upper crust” of funds monitored by Insider Monkey, totaling an estimated $4.1 million in stock. John Osterweis’s fund, Osterweis Capital Management, also sold off its stock, about $2.6 million worth. These transactions are interesting, as total hedge fund interest fell by 3 funds in the first quarter.

As you can see these stocks had an average of 9.25 hedge funds with bullish positions and the average amount invested in these stocks was $19 million. That figure was $21 million in BLBD’s case. Tenneco Inc (NYSE:TEN) is the most popular stock in this table. On the other hand Casa Systems, Inc. (NASDAQ:CASA) is the least popular one with only 6 bullish hedge fund positions. Blue Bird Corporation (NASDAQ:BLBD) is not the least popular stock in this group but hedge fund interest is still below average. Our calculations showed that top 10 most popular stocks among hedge funds returned 41.4% in 2019 and outperformed the S&P 500 ETF (SPY) by 10.1 percentage points. These stocks gained 13.4% in 2020 through June 22nd and still beat the market by 15.9 percentage points. A small number of hedge funds were also right about betting on BLBD as the stock returned 32.3% during the second quarter and outperformed the market by an even larger margin.