Accenture Plc (NYSE:ACN) posted better-than-expected numbers for its third quarter of fiscal year 2015, which ended May 31, while also improving its outlook for the full year. Net profit for the quarter was reported to be $840 million, or $1.24 per share, compared to $868.9 million, or $1.26 per share in the same quarter last year. Adjusted earnings, the firm revealed, was $1.30 per share. Net revenue increased 0.4% in U.S Dollars and 10% in local currency to $7.8 billion, the firm revealed. Analysts were expecting an EPS of $1.23 on revenue of $7.55 billion. According to Accenture Plc (NYSE:ACN), operating income for the just-ended quarter was $1.13 billion, which includes a $64 million non-cash pension settlement charge. Without the charge, operating income would be $1.20 billion for the quarter, resulting in a 15.4% operating margin. New bookings stood at $8.5 billion, with consulting bookings at $4.5 billion, and outsourcing bookings at $4.0 billion. The firm also raised its outlook for the full 2015 fiscal year, now expecting adjusted earnings of $4.73 to $4.78 per share, on revenue growth in local currency of 9% to 10%. Earlier, Accenture forecasted an EPS of $4.66 to $4.76 on revenue growth of 8% to 10%. Is Accenture Plc (NYSE:ACN), therefore, a good stock to buy? Let’s find out by delving into important hedge fund and insider metrics related to the firm. 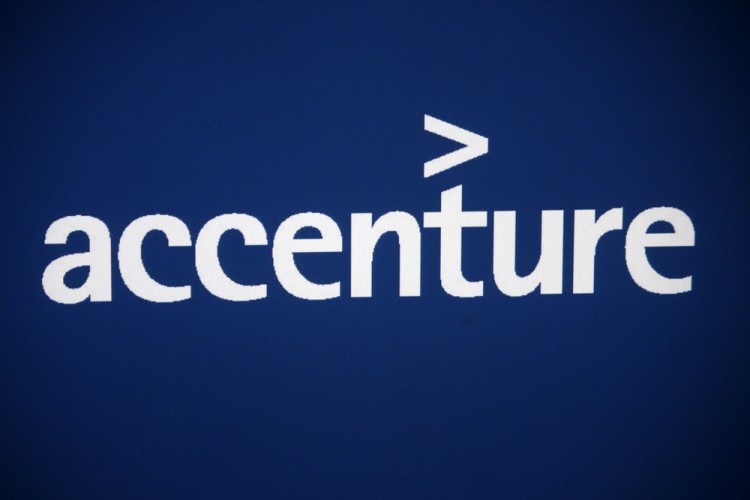 There was a decrease in hedge fund activity in Accenture Plc (NYSE:ACN) in terms of number of hedge funds long on the stock heading into the second quarter, as a total of 28 of the hedge funds tracked by Insider Monkey were bullish in the stock, a decrease of 15% from one quarter earlier. However, in terms of the aggregate value of holdings, investments in Accenture increased to $612.03 million in the first quarter from $420.26 million in the preceding quarter, an increase of 45.63%. This is rather significant, as the stock only increased by 4.9% in the first three months of the year. Year-to-date, the firm’s share price increased 8.44%. For the past year, the stock climbed 17.65%.

Hedge funds and other big money managers tend to have the largest amounts of their capital invested in large and mega-cap stocks like Accenture Plc (NYSE:ACN) because these companies allow for much greater capital allocation. That’s why if we take a look at the most popular stocks among funds, we won’t find any mid- or small-cap stocks there. However, our backtests of hedge funds’ equity portfolios between 1999 and 2012 revealed that the 50 most popular stocks among hedge funds underperformed the market by seven basis points per month, showing that their most popular picks and the ones that received the bulk of their capital were not actually their best picks. On the other hand, their top small-cap picks performed considerably better, outperforming the market by 95 basis points per month. This was confirmed through backtesting and in forward tests of our small-cap strategy since August 2012. The strategy, which involves imitating the 15 most popular small-cap picks among hedge funds has provided gains of more than 142%, beating the broader market by over 84 percentage points through the end of April (see the details).

Insider Monkey also monitors insider sales and purchases of shares in companies since these indicate whether the management team members of a company are also bullish on their firms. For Accenture Plc, we see some insiders selling shares within the first and second quarters of the year. For example, Richard A. Lumb, Group Chief Executive of Accenture Financial Services group, sold a total of 20,000 shares in 11 transactions from January 20 to May 13. Group Chief Executive at Accenture North America, Julie Spellman Sweet, sold 17,880 shares of the company from January 5 to April 6. Daniel London, Group Chief Executive of Accenture Health & Public Service group, sold 6,050 shares of the company on April 6.