If the activity at this year’s Collision Conference in Toronto is any indication of what’s happening globally, it seems that investor interest in Software-as-a-Service (SaaS) may finally truly be on the rebound.

As he shared his take on the future of SaaS during a Breakout Startups segment last month, Uri Haramati, the CEO of SaaS management platform Torii, revealed that his company recently concluded a successful seed round. Torii has secured a total of $3.5 million in venture capital from Uncork Capital, Global Founders Capital and Entrée Capital. 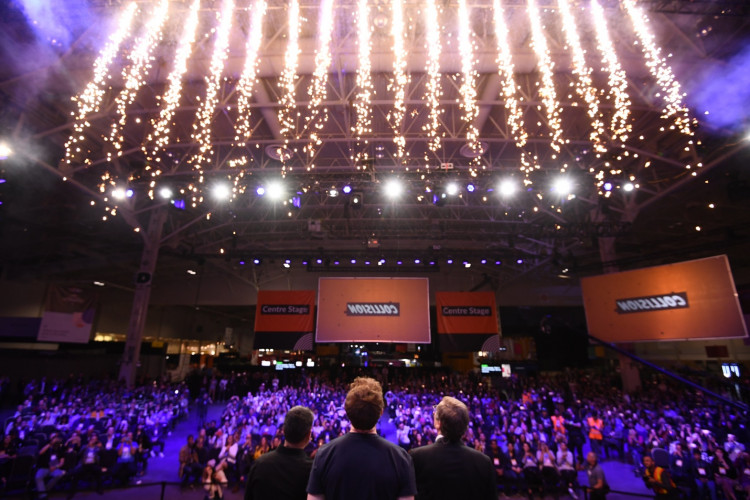 Torii provides a platform for IT managers at companies to manage licenses for and employee access to SaaS. Torii can automatically detect all SaaS use, giving CIOs and IT teams better visibility of what third-party services are being used within their infrastructures. Having such information has become key to taking control of SaaS within organizations – something that companies have been struggling with at a time when manual installation of apps at desktop workstations has become a relic of the past.

The funding enables Torii to continue improving on its platform and add better and more customizable workflow automation features. The company also seeks to bolster its US-based sales and customer success teams, due to increasing market demand for its solution.

Successful funding rounds should come as good news for SaaS ventures. Investors eased off SaaS sometime around 2016 due to massive oversaturation and increased competition in the space.

In retrospect, many new ventures that were founded at the time lacked unique value propositions and were essentially clones of pioneering projects. The space also found itself competing against and losing out to other technologies such as blockchain and cryptocurrencies over a stretch from 2016 to 2017.

Fortunately for SaaS ventures, enterprises are still focused on their digital transformation efforts today. Public cloud adoption continues to increase. This year, the market is expected to increase by 17.5 percent, with SaaS projected to generate nearly $95 billion in revenue.

So far in 2019, there have been several successful funding rounds besides Torii. Amazon just invested $575 million in food delivery app Deliveroo, albeit in a series G round. There have also been several acquisitions over the past months. ServiceNow acquired analytics platform Appsee and training platform PluralSight also bought repository service GitPrime.

Even publicly traded SaaS stocks have started to rebound from last year’s slump. Salesforce‘s (NYSE:CRM) stock, for instance, is now up over 20 percent from the previous year. Just last week, the company announced plans to acquire Tableau Software Inc (NYSE:DATA), a business intelligence SaaS product itself. Often credited with having launched the SaaS era, Salesforce is among the stocks most favored by hedge funds.

Recent successful IPOs from Pinterest and Zoom, meanwhile, show that even new SaaS stocks are possible again. And valuations of SaaS companies are at around ten times their revenue once again.

As investors and end users swoon, though, corporate techies groan.

IT leaders have bemoaned that pervasive SaaS adoption is allowing “shadow IT” to run wild at their companies. Given the ease by which end users can acquire SaaS subscriptions, many end up using these applications at work even without authorization from IT.

What’s the big deal? Shadow IT makes for plenty of trouble in corporate networks, including potential cyberattack exposure from badly secured applications, inefficient spending, legal culpability if GDPR or other data privacy regulations are being violated, and excessive data siloes due to poor integration with other enterprise applications.

SaaS and cloud adoption are also coming under close scrutiny from finance officers. Between 5 to 10 percent of provisioned cloud services are left unused by enterprises. There may also be over 1,500 applications being used within organizations, contributing to the problem of infrastructure bloat. Redundant and underutilized subscriptions only contribute to waste and disarray.

These issues have led enterprises to demand for effective SaaS management solutions. Interestingly for companies like Torii, they find themselves among the select ventures uniquely poised to serve the need. The company’s product has actually been live for about a year now, and the seed money has been earmarked to fund

For new ventures, the challenge of carving out viable niches in a highly competitive environment still remains. They have to actively seek out opportunities in order to thrive. As SaaS growth continues, they may find such breaks in addressing issues arising from SaaS use particularly in areas like license management, security, compliance, access governance and platform integrations.

“With so much investment of engineering talent and venture capital in SaaS, we’re seeing dizzying levels of diversity in the number of products available,” shared Haramati. “And demand seems to be keeping up, too. The companies that use our tools to manage their stacks generally have several hundred SaaS tools in use when they first set up their Torii accounts, and they keep going from there, adding dozens more tools to the mix each and every month, while also unplugging tools that are not in their ongoing rotation.”

Haramati is confident that Torii’s “meta-SaaS” positioning will serve the company well moving forward. Its successful seed round shows that venture capitalists think so too, and the space may see more money come in as more startups find unique ways to fulfill the market’s demands.

Hedge Funds Have Never Been This Bullish On salesforce.com, inc. (CRM)

Here is the 15th Most Popular Stock Among Hedge Funds