Perpetual Global Innovation Share Fund recently released its March 2019 Quarter Update, which you can track down here. In the report, the fund posted return of 25.6% since inception, and Q1 2019 return of 16.4%, and it also shared its view on the company that was its biggest positive contributor for the quarter, HUYA Inc. (NYSE:HUYA).

If you’ve noticed that gamers seem to be spending more time watching games than ever before, you aren’t alone. Young gamers (aged between 18-25) are spending an average of 3 hours and 58 minutes each week doing just that according to a recent survey by Limelight Networks1, up 33 minutes from last year. To put that in perspective, if we add up those hours, that would total more than 8 full days of watching gaming per year.

When I first came across video game live streaming, I didn’t really get it. Why would you watch someone else play a game when you could play it yourself? I soon realised that playing video games and watching video games are two distinct but complementary forms of entertainment – one is active while the other is passive, arguably no different than playing versus watching sports. With the rise we’ve seen in people playing video games it’s no surprise that watching people play has grown alongside it.

A key beneficiary of this growth has been the video game streaming platforms themselves. Twitch, the leading platform in the US, is locked away within Amazon which acquired the business for $970m in 2014. Huya, the leading platform in China, started life as a subsidiary of YY (a live streaming company we’ve owned since the fund’s inception) but became public with its IPO in May of 2018. We bought a position in Huya shortly after the IPO. 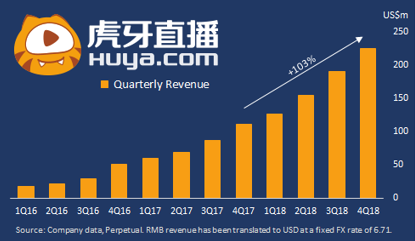 We believe these businesses are natural monopolies, or at least duopolies, due to the strong network effects associated with the platforms. Streamers will most likely only stream on a single platform and will gravitate towards the platform with the greatest number of users. Viewers will go to the platform with the greatest variety of streamers. We’ve seen this play out already in the US where Twitch retains its dominant position despite efforts by YouTube Gaming and others trying to gain a foothold.

China is a market that saw an explosion of new video game streaming companies get formed in 2014-2015, around the time of Amazon’s acquisition of Twitch. This led to a fiercely competitive environment until last year when Tencent invested in the two leading platforms (Huya and Douyu) on the same day. Since then, we’ve seen these two grow while others have struggled. The third largest competitor in the space, PandaTV, filed for bankruptcy last month.

Industry consolidation and a more benign competitive environment will allow Huya to capture a greater share of the economics of this growing industry. We believe the market is underestimating the company’s long-term earnings potential from its core Chinese business.

We’re also optimistic about Huya’s growth potential outside of China through NimoTV, its subsidiary. NimoTV is focused on becoming the leading game streaming platform in Southeast Asia and Latin America, and its able to do this by adopting a localisation strategy where they support local broadcasters and titles. This seems be working – in Indonesia, Vietnam, Thailand, and Brazil, 4 markets that represent 638 million people, NimoTV is the leading video game streaming app and ahead of Twitch. Given the network effects naturally at play, we believe these early leads could become permanent, creating a valuable business over time not just in China, but internationally as well. 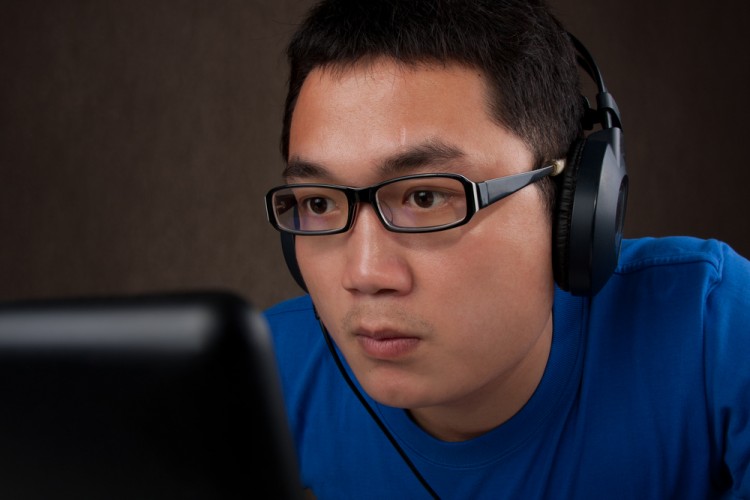 HUYA Inc is a company that offers game live streaming services in China, operating through its subsidiaries. Year-to-date, the company is up 45.47%, and on April 19th it had a closing price of $22.94. Its market cap is of $5.0 billion. In its last financial report for the last quarter of 2018, HUYA reported revenue of RMB 1,504.9 million (US$218.9 million) representing an increase of an amazing 103.1% from the same quarter in 2017.

Among these funds, Alkeon Capital Management held the most valuable stake in HUYA Inc. (NYSE:HUYA), which was worth $36.7 million at the end of the third quarter. On the second spot was D1 Capital Partners which amassed $32 million worth of shares. Moreover, Sylebra Capital Management, Kerrisdale Capital, and Jericho Capital Asset Management were also bullish on HUYA Inc. (NYSE:HUYA), allocating a large percentage of their portfolios to this stock. 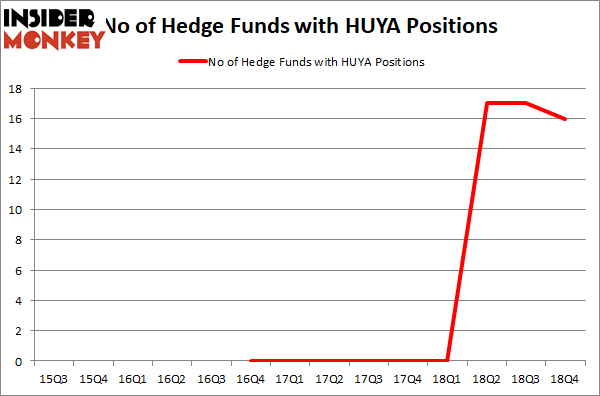