Horizon Kinetics is bullish on Howard Hughes Corp (NYSE:HHC), a developer of master-planned communities and mixed-use properties based in Texas. In its Q3 investor letter (a copy of which can be downloaded here), the investor said that Howard Hughes has been successful in developing and improving the economic value of its real estate portfolio but it might be misunderstood in the market. Horizon Kinetics, the parent company of Horizon Asset Management, has owned shares of Howard Hughes since 2010.

The Howard Hughes Corp. (Howard Hughes), as it exists today, was conceived in 2010 as a spinoff from General Growth Properties. The transaction was part of General Growth Properties’ bankruptcy reorganization precipitated by the Credit Crisis of 2008. We have owned shares of Howard Hughes since that time, and, though not overly concerned about short-term stock price movements, have watched with interest as its price has fluctuated, often with no obvious relationship to the fundamentals of the business.

Although the company has been publicly traded for seven years, it might still be characterized as misunderstood. This is because, even though it has been very successful in developing and improving the economic value of its portfolio of real estate, it shows very little in terms of net earnings. As is frequently the case for companies that lack visibility in terms of conventional financial results, investors may react to news without placing it in context. Most recently, the shares fell in the period leading up to and following Hurricane Harvey’s landfall in the Houston area, while the S&P 500 and the Vanguard REIT ETF rose.

Why? Based on questions we received from clients, it appears that many assumed that the extensive Howard Hughes master planned community operations in the Houston area, namely Woodlands and Bridgeland, would be negatively impacted by the storm. A reasonable concern; after all, the Houston assets are among the firm’s most valuable. As it turns out, the company issued a press release several days after the storm reporting only minor damage, that all of their assets were fully operational, and announcing its involvement in disaster recovery efforts in the area. Of course, the long-term value of these assets is inextricably linked to the health of the Houston area economy, which will take some time to recover, but it does not appear that the growth of the area will be halted indefinitely, although it will certainly be more sluggish during the rebuilding effort.

But the broader issue is this: the Houston properties comprise only one of several of the company’s major assets. These are geographically diversified across the United States, and even if one removed the Houston assets entirely, one could easily justify the company’s current market value.

Of course, it is incumbent on investors to monitor news affecting their holdings, but it is crucial that a new bit of information be evaluated within the context of the investment thesis. Will this news have a long-term impact on the value of the company? In the case of Howard Hughes, the share price quickly recovered following the storm, though it remains below highs achieved when oil prices were higher. The latter reaction is, perhaps, another example of what is termed availability bias, making decisions on the basis of information that is more recently recalled (i.e., available) or memorable. 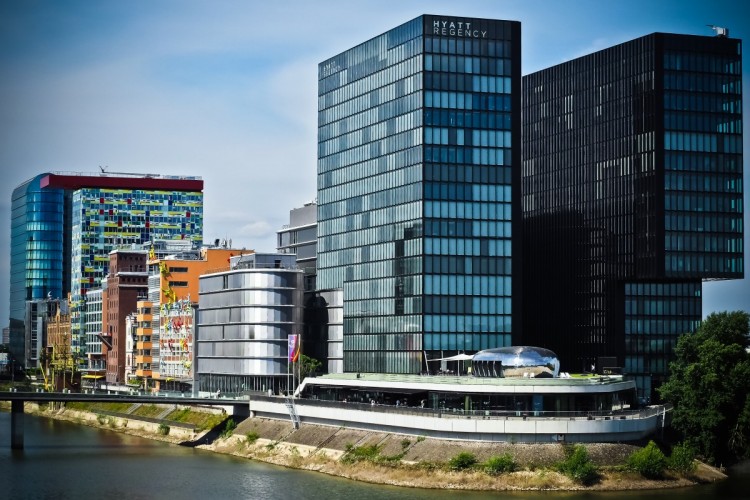 You might also want to read 12 Most Beautiful States to Drive Through in America.