Published on December 7, 2018 at 10:23 am by Jelena Martinovic in Hedge Fund Analysis, Hedge Funds, News

Mick Hellman’s HMI Capital is a San Francisco-based, private investment management firm established during the Great Recession, in November 2008 with a mission “to invest in the highest-quality businesses when capital markets put pressure on their valuations”. Its founder, Marco (Mick) Hellman, who’s also its managing partner, comes from a family of financiers — his great great grandfather was Isaias W. Hellman, one of the first bankers on the Pacific Coast, while his grandfather Isaias Warren Hellman was one of the presidents of Wells Fargo Bank. So, it comes as no surprise that he continued his family’s legacy and pursued a career in investment management.

After receiving a B.A. in Economics with High Distinction from the University of California at Berkeley and an M.B.A. with Distinction from Harvard Business School, he worked as a Financial Analyst at Salomon Brothers Inc in San Francisco. In 1987 he joined Hellman & Friedman, and shortly after established its Hong Kong office, besides launching the software and logistics (ports and container terminals) verticals. He was instrumental in the company’s investments and a senior adviser in the company since 2009, focusing on software and information services as well as on specialized aspects of transportation. 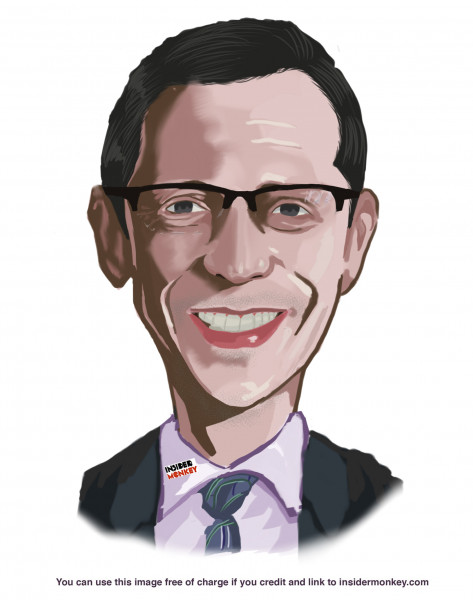 From 1999, he was the Chairman of Blackbaud Inc. for ten years, where he also served as a Director. He has been a Director of Hall Capital Partners, LLC since 2015, and LPL Financial LLC since 2016, as well as a Director of Hongkong International Terminals and Mitchell International. For two years he served as a Director of LPL Financial Holdings Inc., until May 2018. During years he was a board member of numerous profit and nonprofit entities, including Asia Alternatives Management, LLC and Osterweis Capital Management, Inc. as well as the Hellman Foundation, the Rosenberg Foundation, the UC Berkeley Foundation, etc. His bike-racing career peaked in 2007 when he won the US National Championship for men 45-49 in the individual pursuit. In the same event, he was placed second at the Masters Track World Championship.

HMI Capital’s investment strategy is focused on five industry sectors including information and data services, software, media and marketing services, specialized business services and financial services. It has a concentrated portfolio of 10 to 12 companies with outstanding business models. The fund is searching for the best opportunities on a global level, predominantly in public equities and, at times, distressed credit. It invests in companies that can generate real cash flow and deliver high risk-adjusted real returns, in a time span of 5 to 10 years.

Insider Monkey’s flagship strategy identifies the best performing 100 hedge funds at the end of each quarter and invests in their consensus stock picks. This way it is always invested in the best ideas of the best performing hedge funds and is able to generate much higher returns than the market. Since its inception in May 2014 (through early November), our flagship strategy generated a cumulative return of 96.9%, beating the S&P 500 ETF (SPY) by over 40 percentage points (see the details here).

As per HMI Capital’s latest 13F filing with the SEC, during Q3 the fund made several changes to its portfolio valued at $782.55 million — the fund didn’t add new stocks to its portfolio, while in a majority of companies it actually lowered its stake. On September 30, the fund held a total of 9 positions. Although the stocks in which the fund invests, aren’t exactly the most popular stocks among hedge funds in 2018, Mick Hellman definitely knows smart investing is more than chasing latest trends. More details regarding those changes are on the next page.