Hewlett-Packard Company (HPQ): Does It Pay to Believe in This Company?

Faith can move mountains, as they say, and time and again we have seen its incredible ability to hold sway over millions of people. And despite all its number-crunching analytic stance, even Wall Street does not seem to be immune to its effects, as was evident in its reaction to the latest quarterly results of ex-PC industry giant Hewlett-Packard Company (NYSE:HPQ). 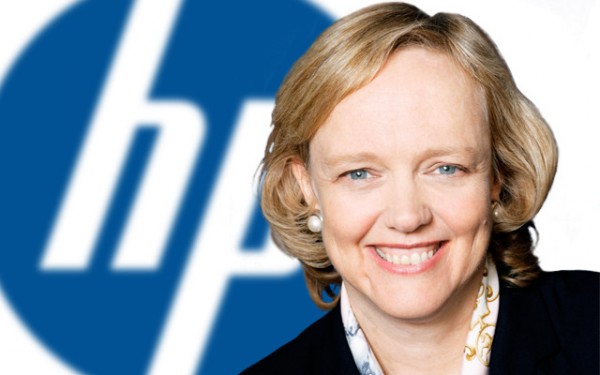 CEO Meg Whitman and her team seem to have successfully convinced the Street as well as investors for now that the company is on track to display revenue growth once again in the near future, of course with a lot of ‘ifs’ and ‘buts’ attached. The stance paid off very well as the company’s share prices rocketed up by a whopping 17% post declaration of its second quarter results, even though revenue and profit both took a plunge. That’s why it’s time to separate the wheat from the chaff and find out what may be actually going on behind-the-scenes at Hewlett-Packard Company (NYSE:HPQ). And when you do that, you just seem to realize that the future may not be as bright as it’s projected to be.

Smart but not sustainable

The whole scenario at present can be boiled down to one sentence: Hewlett-Packard Company (NYSE:HPQ)’s slowing the losses through cost-cutting, but there’s no word yet on new avenues of revenue generation. And that’s as good as being dead for a company whose main line of business took a 14% plunge by way of shipments in the first three months of this year, according to research firm IDC.

Merely looking at the near-doubling of the company’s free cash flow or the 44% increase in its operating cash flow may only be good enough to create a temporary feel-good factor, but then that’s the logical outcome when part of your cost-cutting plans include axing up to 29,000 company jobs. That may be a smart way to beat expectations, but not one that inspires long-term confidence. Ultimately, Hewlett-Packard Company (NYSE:HPQ) has to make money for itself by selling its products, and isolated instances pertaining to sales in the printer division are surely not enough to inspire long-term confidence.

Some are moving forward

And even Microsoft Corporation (NASDAQ:MSFT), a company that’s perceived to be slow moving and one that Hewlett-Packard Company (NYSE:HPQ)’s currently trying to distance itself from, is also moving into newer and hot-selling areas like phones, tablets and cloud computing in a bid to rake in more revenue. And its gamble seems to be paying off well. The Windows phone-based operating system now holds third spot in the smartphone segment, after Google’s Android and Apple’s iOS, as per latest IDC data. And while opinions may be divided over the success of Microsoft’s Surface range of tablets, there’s no doubt that the company can make it big with its new cloud-based Office 365, given the fact that Windows still remains the corporate customer’s favorite computing software.

And others are digging their own grave

As far as HP is concerned, the only other thing it can draw consolation from, apart from the feeling of having beaten analyst expectations despite plunging top lines, is that its in a relatively much better position than close industry rival Dell Inc. (NASDAQ:DELL). That’s because the latter has posted a jaw-dropping 79% dip in profit in its latest quarterly results, and is in the process of going private, as a part of Chairman Michael Dell’s restructuring initiatives (if you can call it that). Dell Inc. (NASDAQ:DELL) is slashing product prices in a desperate attempt to gain market share within the quickest possible time even at the cost of its own profitability, a strategy which HP rightly declined to follow. I’m using the word ‘rightly’ because that’s really a short-term way of getting one up over your rivals and one that dents your company’s image badly, even though all that Dell is doing in recent years is trying to get a firm foothold in order to avoid falling off the edge of the cliff. Whitman’s at least right on that count.