Billionaire Paul Singer founded his Elliott Associates hedge fund in 1977, making it one of the oldest hedge funds under continuous management. Prior to founding Elliott, Singer got a BS in psychology from the University of Rochester and a JD from Harvard Law School. Outlined below are some of the interesting takeaways from Singer’s hedge fund at the end of the first quarter (check out Elliott’s latest moves).

Singer has been pushing for change in Hess Corp. (NYSE:HES)’ management since the beginning of the year. He and his hedge fund got a small win earlier this month when Hess agreed to appoint a few of Singer’s board nominees.

The company is now in transition from an integrated oil and gas company to an exploration and production company. Longer term, Elliott wants to see Hess Corp. (NYSE:HES) separate its U.S. and international businesses; keeping its offshore assets in the Gulf of Mexico, Norway, and others, while spinning off Hess’ Bakken, Eagle Ford, and Utica shale assets, which could add some $28 per share in value. Elliott believes the total value of Hess could be as much as $126 per share, impressive upside.

Delphi Automotive PLC (NYSE:DLPH) makes up 21.1% of Elliott’s 13F portfolio. This vehicle-components manufacturer provides electrical, powertrain, safety and thermal technology solutions to the auto industry. One of the big tailwinds for Delphi should be the improving auto sales. S&P expects that Delphi could see revenue growth of at least 5.5% thanks to demand improvements in the U.S. and China, and the company’s acquisition of FCI Group’s Motorized Vehicle Division.

One of Elliott’s biggest wins of late is BMC Software, Inc. (NASDAQ:BMC). This IT-management company accounts for 13.7% of Elliot’s public-equity portfolio. Earlier this month, the company announced it had agreed to be acquired by a group of private equity firms for $46.25 per share, which is roughly a 15% premium to the stock’s pre-deal announcement price.

What’s more is that the stock is trading around $45.50, suggesting there is upside of approximately 1.7% to the deal price. Assuming the deal is completed in six months, that’s an annualized return of 3.3%. Even if the deal falls part, BMC Software, Inc. (NASDAQ:BMC) could see more upside if it remains a public company.

First-quarter EPS came in at $0.87, compared to the $0.74 for the same quarter last year. This increase was thanks to BMC Software, Inc. (NASDAQ:BMC)s growth in cloud computing and SaaS products. The real growth driver for the future should be its cloud-management business. Gartner believes the SaaS-based business will show consistent growth through 2013, with worldwide SaaS revenue totaling $16 billion for enterprise application markets.

BMC Software, Inc. (NASDAQ:BMC) has seen a nice pop in its SaaS business customer base, growing about 80% during fiscal year 2013. The company also saw double-digit growth year-over-year in fiscal 2013 for its cloud-related license bookings. With only an 11 times forward P/E and a solid expected EPS growth rate, BMC has a PEG ratio of less than 1, making it a solid growth at a reasonable price opportunity.

A couple of new additions to Elliott’s portfolio include JPMorgan Chase & Co. (NYSE:JPM) and Dell Inc. (NASDAQ:DELL), making up the ninth and 13th spots in its 13F portfolio, respectively. JPMorgan also appears to be on the cheap side, trading at just over 8 times forward earnings, which is a 25% discount to the industry average forward P/E. Also, the major bank is trading right at the industry average on a P/B basis; meanwhile, the bank has one of the top balance sheets. 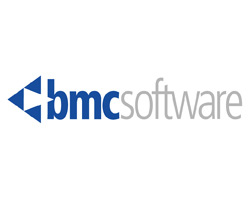 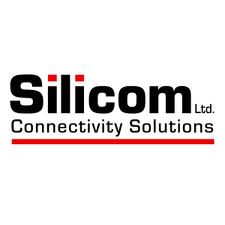