The government requires hedge funds and wealthy investors that crossed the $100 million equity holdings threshold are required to file a report that shows their positions at the end of every quarter. Even though it isn’t the intention, these filings level the playing field for ordinary investors. The latest round of 13F filings disclosed the funds’ positions on December 31. We at Insider Monkey have made an extensive database of nearly 750 of those elite funds and prominent investors’ filings. In this article, we analyze how these elite funds and prominent investors traded MAXIMUS, Inc. (NYSE:MMS) based on those filings.

MAXIMUS, Inc. (NYSE:MMS) investors should be aware of an increase in activity from the world’s largest hedge funds lately. MMS was in 22 hedge funds’ portfolios at the end of the fourth quarter of 2018. There were 20 hedge funds in our database with MMS positions at the end of the previous quarter. Our calculations also showed that MMS isn’t among the 30 most popular stocks among hedge funds. 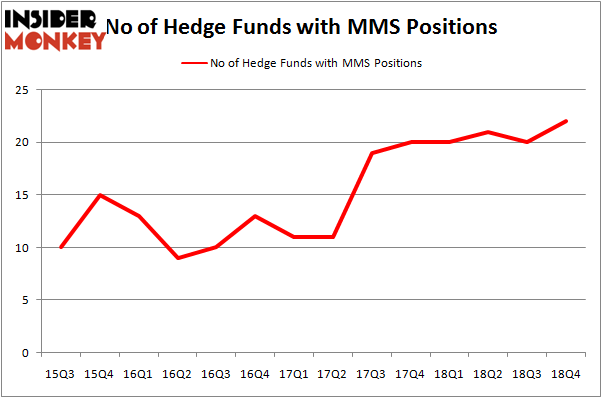