The Insider Monkey team has completed processing the quarterly 13F filings for the December quarter submitted by the hedge funds and other money managers included in our extensive database. Most hedge fund investors endured a torrid quarter, which certainly propelled them to adjust their equity holdings so as to maintain the desired risk profile. As a result, the relevancy of these public filings and their content is indisputable, as they may reveal numerous high-potential stocks. The following article will discuss the smart money sentiment towards Lindsay Corporation (NYSE:LNN).

Lindsay Corporation (NYSE:LNN) shareholders have witnessed an increase in hedge fund sentiment recently. LNN was in 11 hedge funds’ portfolios at the end of the fourth quarter of 2018. There were 8 hedge funds in our database with LNN positions at the end of the previous quarter. Our calculations also showed that lnn isn’t among the 30 most popular stocks among hedge funds.

At Q4’s end, a total of 11 of the hedge funds tracked by Insider Monkey were long this stock, a change of 38% from one quarter earlier. On the other hand, there were a total of 8 hedge funds with a bullish position in LNN a year ago. With the smart money’s sentiment swirling, there exists an “upper tier” of key hedge fund managers who were adding to their holdings considerably (or already accumulated large positions). 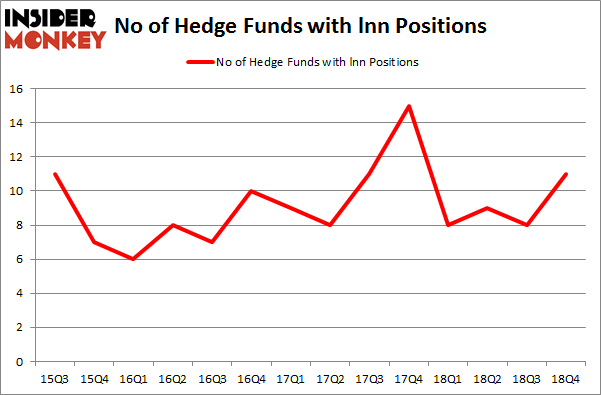 The largest stake in Lindsay Corporation (NYSE:LNN) was held by Royce & Associates, which reported holding $92.1 million worth of stock at the end of December. It was followed by Impax Asset Management with a $61.7 million position. Other investors bullish on the company included Renaissance Technologies, GAMCO Investors, and Citadel Investment Group.

As one would reasonably expect, some big names were leading the bulls’ herd. Two Sigma Advisors, managed by John Overdeck and David Siegel, created the most valuable position in Lindsay Corporation (NYSE:LNN). Two Sigma Advisors had $0.5 million invested in the company at the end of the quarter. Andrew Feldstein and Stephen Siderow’s Blue Mountain Capital also made a $0.4 million investment in the stock during the quarter. The only other fund with a brand new LNN position is Matthew Hulsizer’s PEAK6 Capital Management.

As you can see these stocks had an average of 16.5 hedge funds with bullish positions and the average amount invested in these stocks was $125 million. That figure was $214 million in LNN’s case. ProPetro Holding Corp. (NYSE:PUMP) is the most popular stock in this table. On the other hand Carrizo Oil & Gas, Inc. (NASDAQ:CRZO) is the least popular one with only 13 bullish hedge fund positions. Compared to these stocks Lindsay Corporation (NYSE:LNN) is even less popular than CRZO. Hedge funds dodged a bullet by taking a bearish stance towards LNN. Our calculations showed that the top 15 most popular hedge fund stocks returned 24.2% through April 22nd and outperformed the S&P 500 ETF (SPY) by more than 7 percentage points. Unfortunately LNN wasn’t nearly as popular as these 15 stock (hedge fund sentiment was very bearish); LNN investors were disappointed as the stock returned -10.6% and underperformed the market. If you are interested in investing in large cap stocks with huge upside potential, you should check out the top 15 most popular stocks) among hedge funds as 13 of these stocks already outperformed the market this year.