The financial regulations require hedge funds and wealthy investors that crossed the $100 million equity holdings threshold to file a report that shows their positions at the end of every quarter. Even though it isn’t the intention, these filings to a certain extent level the playing field for ordinary investors. The latest round of 13F filings disclosed the funds’ positions on June 28th. We at Insider Monkey have made an extensive database of nearly 750 of those established hedge funds and famous value investors’ filings. In this article, we analyze how these elite funds and prominent investors traded Carrizo Oil & Gas, Inc. (NASDAQ:CRZO) based on those filings.

Is Carrizo Oil & Gas, Inc. (NASDAQ:CRZO) going to take off soon? The best stock pickers are becoming less hopeful. The number of long hedge fund bets were cut by 5 in recent months. Our calculations also showed that CRZO isn’t among the 30 most popular stocks among hedge funds (see the video below). 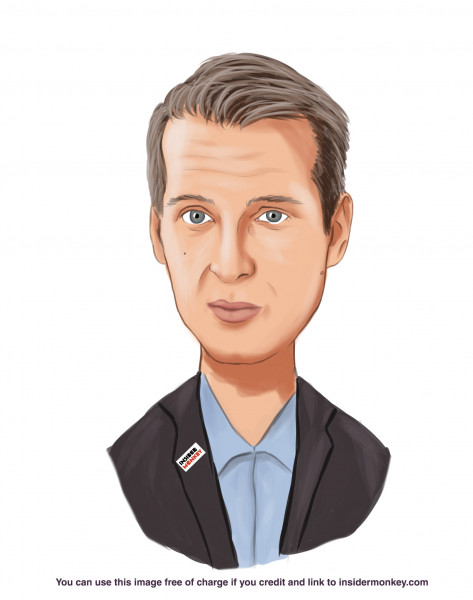 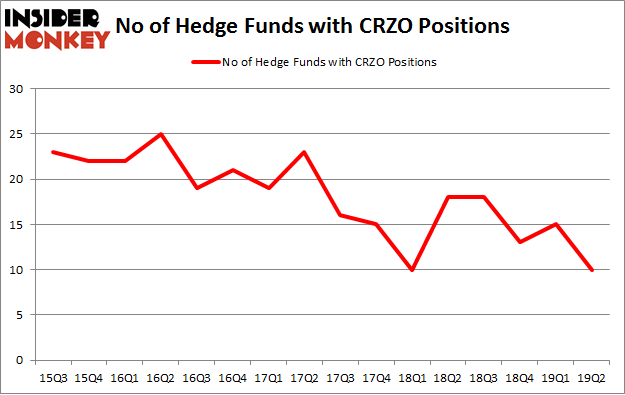 Of the funds tracked by Insider Monkey, Lion Point, managed by Didric Cederholm, holds the biggest position in Carrizo Oil & Gas, Inc. (NASDAQ:CRZO). Lion Point has a $46.8 million position in the stock, comprising 4.6% of its 13F portfolio. The second most bullish fund manager is Matt Smith of Deep Basin Capital, with a $18.6 million position; the fund has 1.3% of its 13F portfolio invested in the stock. Some other hedge funds and institutional investors that hold long positions encompass Noam Gottesman’s GLG Partners, Ken Fisher’s Fisher Asset Management and Ken Griffin’s Citadel Investment Group.

Because Carrizo Oil & Gas, Inc. (NASDAQ:CRZO) has experienced falling interest from hedge fund managers, we can see that there exists a select few hedge funds that slashed their full holdings last quarter. Intriguingly, Renaissance Technologies sold off the biggest position of the “upper crust” of funds monitored by Insider Monkey, worth an estimated $7.8 million in stock, and Steve Cohen’s Point72 Asset Management was right behind this move, as the fund dropped about $6.8 million worth. These bearish behaviors are important to note, as total hedge fund interest fell by 5 funds last quarter.

As you can see these stocks had an average of 10.75 hedge funds with bullish positions and the average amount invested in these stocks was $75 million. That figure was $82 million in CRZO’s case. Stoneridge, Inc. (NYSE:SRI) is the most popular stock in this table. On the other hand Associated Capital Group, Inc. (NYSE:AC) is the least popular one with only 6 bullish hedge fund positions. Carrizo Oil & Gas, Inc. (NASDAQ:CRZO) is not the least popular stock in this group but hedge fund interest is still below average. This is a slightly negative signal and we’d rather spend our time researching stocks that hedge funds are piling on. Our calculations showed that top 20 most popular stocks among hedge funds returned 24.4% in 2019 through September 30th and outperformed the S&P 500 ETF (SPY) by 4 percentage points. Unfortunately CRZO wasn’t nearly as popular as these 20 stocks (hedge fund sentiment was quite bearish); CRZO investors were disappointed as the stock returned -14.3% during the third quarter and underperformed the market. If you are interested in investing in large cap stocks with huge upside potential, you should check out the top 20 most popular stocks among hedge funds as many of these stocks already outperformed the market so far in 2019.