Investing in small cap stocks has historically been a way to outperform the market, as small cap companies typically grow faster on average than the blue chips. That outperformance comes with a price, however, as there are occasional periods of higher volatility and underperformance. The time period between the end of June 2015 and the end of June 2016 was one of those periods, as the Russell 2000 ETF (IWM) has underperformed the larger S&P 500 ETF (SPY) by more than 10 percentage points. Given that the funds we track tend to have a disproportionate amount of their portfolios in smaller cap stocks, they have been underperforming the large-cap indices. However, things have dramatically changed over the last 5 months. Small-cap stocks reversed their misfortune and beat the large cap indices by almost 11 percentage points since the end of June. In this article, we use our extensive database of hedge fund holdings to find out what the smart money thinks of Regions Financial Corp (NYSE:RF) .

Regions Financial Corp (NYSE:RF) was in 34 hedge funds’ portfolios at the end of the third quarter of 2016. RF has seen a decrease in hedge fund sentiment recently. There were 39 hedge funds in our database with RF holdings at the end of the previous quarter. At the end of this article we will also compare RF to other stocks including Church & Dwight Co., Inc. (NYSE:CHD), Chipotle Mexican Grill, Inc. (NYSE:CMG), and Whirlpool Corporation (NYSE:WHR) to get a better sense of its popularity. 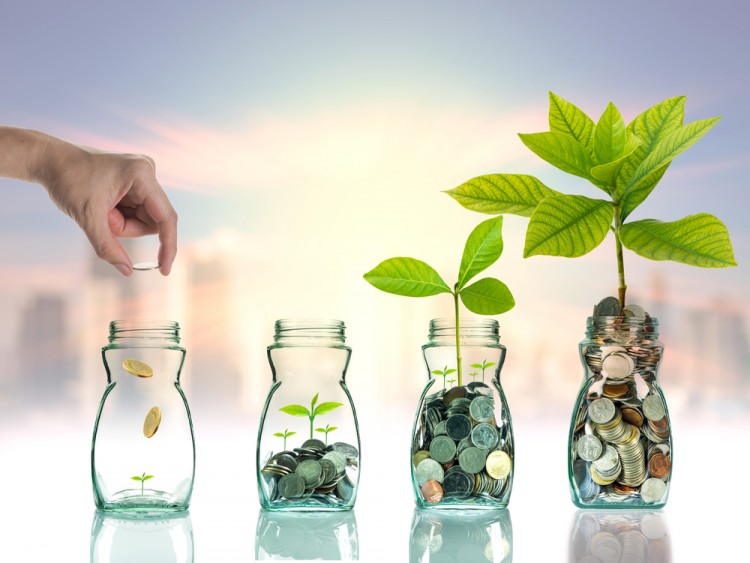 How have hedgies been trading Regions Financial Corp (NYSE:RF)?

Heading into the fourth quarter of 2016, a total of 34 of the hedge funds tracked by Insider Monkey were bullish on this stock, a drop of 13% from the previous quarter. Below, you can check out the change in hedge fund sentiment towards RF over the last 5 quarters. So, let’s see which hedge funds were among the top holders of the stock and which hedge funds were making big moves. 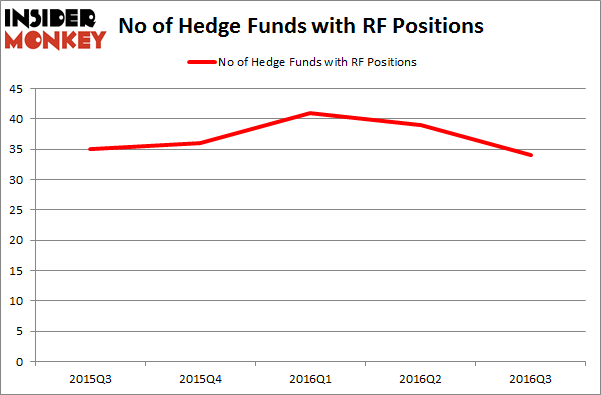 According to Insider Monkey’s hedge fund database, Matthew Lindenbaum’s Basswood Capital has the largest position in Regions Financial Corp (NYSE:RF), worth close to $303.6 million, accounting for 14.5% of its total 13F portfolio. Sitting at the No. 2 spot is Richard S. Pzena of Pzena Investment Management, with a $270.9 million position; the fund has 1.7% of its 13F portfolio invested in the stock. Some other hedge funds and institutional investors that are bullish contain Cliff Asness’s AQR Capital Management, Paul Marshall and Ian Wace’s Marshall Wace LLP and John Overdeck and David Siegel’s Two Sigma Advisors. We should note that none of these hedge funds are among our list of the 100 best performing hedge funds which is based on the performance of their 13F long positions in non-microcap stocks.