Hedge fund interest in GCI Liberty, Inc. (NASDAQ:GLIBA) shares was flat at the end of last quarter. This is usually a negative indicator. At the end of this article we will also compare GLIBA to other stocks including Envision Healthcare Holdings Inc (NYSE:EVHC), Philippine Long Distance Telephone (NYSE:PHI), and SCANA Corporation (NYSE:SCG) to get a better sense of its popularity.

At Q3’s end, a total of 36 of the hedge funds tracked by Insider Monkey were bullish on this stock, a change of 0% from the previous quarter. Below, you can check out the change in hedge fund sentiment towards GLIBA over the last 13 quarters. With the smart money’s sentiment swirling, there exists an “upper tier” of key hedge fund managers who were boosting their stakes significantly (or already accumulated large positions). 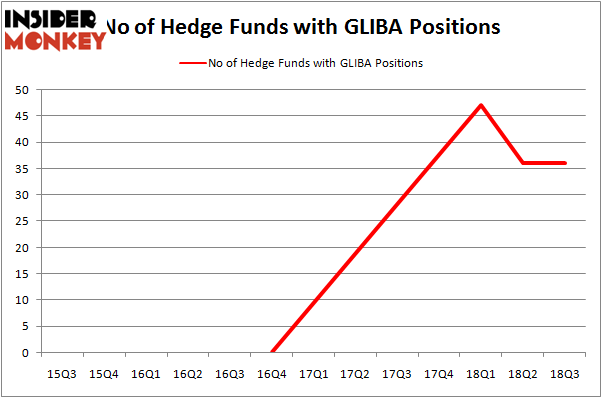 Among these funds, FPR Partners held the most valuable stake in GCI Liberty, Inc. (NASDAQ:GLIBA), which was worth $444.2 million at the end of the third quarter. On the second spot was Eagle Capital Management, which amassed $266.2 million worth of shares. Moreover, Makaira Partners, D E Shaw, and Chieftain Capital were also bullish on GCI Liberty, Inc. (NASDAQ:GLIBA), allocating a large percentage of their portfolios to this stock.

Judging by the fact that GCI Liberty, Inc. (NASDAQ:GLIBA) has witnessed falling interest from hedge fund managers, logic holds that there lies a certain “tier” of fund managers that slashed their full holdings in the third quarter. It’s worth mentioning that Curtis Macnguyen’s Ivory Capital (Investment Mgmt) dropped the largest stake of the “upper crust” of funds watched by Insider Monkey, valued at an estimated $14 million in stock. Jim Simons’s fund, Renaissance Technologies, also dumped its stock, about $11.7 million worth. These transactions are intriguing to say the least, as total hedge fund interest stayed the same (this is a bearish signal in our experience).

As you can see these stocks had an average of 22 hedge funds with bullish positions and the average amount invested in these stocks was $513 million. That figure was $1.64 billion in GLIBA’s case. Envision Healthcare Holdings Inc (NYSE:EVHC) is the most popular stock in this table. On the other hand PLDT Inc. (NYSE:PHI) is the least popular one with only 3 bullish hedge fund positions. Compared to these stocks GCI Liberty, Inc. (NASDAQ:GLIBA) is more popular among hedge funds. Considering that hedge funds are fond of this stock in relation to its market cap peers, it may be a good idea to analyze it in detail and potentially include it in your portfolio.