There are several ways to beat the market, and investing in small cap stocks has historically been one of them. We like to improve the odds of beating the market further by examining what famous hedge fund operators such as Jeff Ubben, George Soros and Carl Icahn think. Those hedge fund operators make billions of dollars each year by hiring the best and the brightest to do research on stocks, including small cap stocks that big brokerage houses simply don’t cover. Because of Carl Icahn and other elite funds’ exemplary historical records, we pay attention to their small cap picks. In this article, we use hedge fund filing data to analyze Ensco Rowan plc (NYSE:ESV).

Ensco Rowan plc (NYSE:ESV) has experienced an increase in enthusiasm from smart money in recent months. Our calculations also showed that ESV isn’t among the 30 most popular stocks among hedge funds.

What have hedge funds been doing with Ensco Rowan plc (NYSE:ESV)? 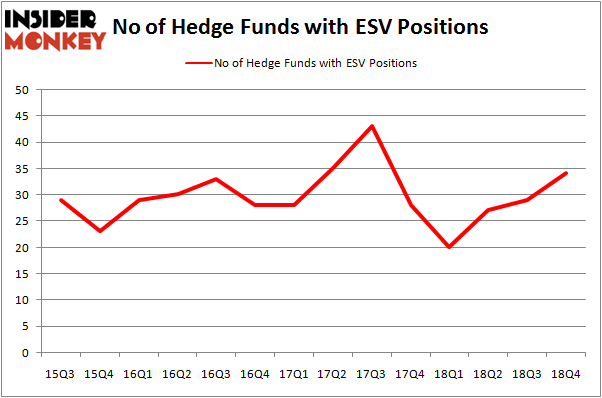 More specifically, Greenlight Capital was the largest shareholder of Ensco Rowan plc (NYSE:ESV), with a stake worth $71.2 million reported as of the end of December. Trailing Greenlight Capital was Luminus Management, which amassed a stake valued at $45.9 million. Orbis Investment Management, Renaissance Technologies, and Manikay Partners were also very fond of the stock, giving the stock large weights in their portfolios.

Consequently, specific money managers were leading the bulls’ herd. Luminus Management, managed by Jonathan Barrett and Paul Segal, assembled the biggest position in Ensco Rowan plc (NYSE:ESV). Luminus Management had $45.9 million invested in the company at the end of the quarter. Shane Finemore’s Manikay Partners also made a $15.2 million investment in the stock during the quarter. The other funds with brand new ESV positions are Robert Emil Zoellner’s Alpine Associates, Thiru Ramakrishnan’s TVR Capital, and David Costen Haley’s HBK Investments.