In today’s marketplace, there are dozens of indicators market participants can use to monitor their holdings. Two of the most underrated are hedge fund and insider trading sentiment. At Insider Monkey, our research analyses have shown that, historically, those who follow the best picks of the best investment managers can outperform their index-focused peers by a significant margin (see just how much).

Just as key, optimistic insider trading activity is a second way to parse down the marketplace. Obviously, there are many stimuli for a bullish insider to downsize shares of his or her company, but just one, very obvious reason why they would initiate a purchase. Several academic studies have demonstrated the impressive potential of this method if “monkeys” know what to do (learn more here).

At year’s end, a total of 8 of the hedge funds we track were long in this stock, a change of 33% from the third quarter. With the smart money’s positions undergoing their usual ebb and flow, there exists a few notable hedge fund managers who were upping their holdings substantially.

Of the funds we track, Jim Simons’s Renaissance Technologies had the biggest position in Empresa Nacional de Electricidad (ADR) (NYSE:EOC), worth close to $7.6 million, comprising less than 0.1%% of its total 13F portfolio. The second largest stake is held by Israel Englander of Millennium Management, with a $2 million position; less than 0.1%% of its 13F portfolio is allocated to the company. Remaining peers with similar optimism include D. E. Shaw’s D E Shaw, Jane Mendillo’s Harvard Management Co and Cliff Asness’s AQR Capital Management.

With a general bullishness amongst the heavyweights, some big names have been driving this bullishness. Millennium Management, managed by Israel Englander, created the most outsized position in Empresa Nacional de Electricidad (ADR) (NYSE:EOC). Millennium Management had 2 million invested in the company at the end of the quarter. D. E. Shaw’s D E Shaw also initiated a $1.7 million position during the quarter. The other funds with new positions in the stock are Steven Cohen’s SAC Capital Advisors and John Overdeck and David Siegel’s Two Sigma Advisors.

Insider buying is particularly usable when the company in focus has experienced transactions within the past 180 days. Over the latest six-month time period, Empresa Nacional de Electricidad (ADR) (NYSE:EOC) has seen zero unique insiders purchasing, and zero insider sales (see the details of insider trades here). 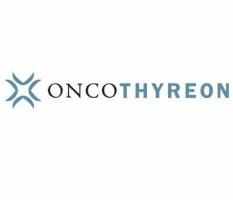