Here is What Hedge Funds Think About EMC Corporation (NYSE:EMC)

EMC Corporation (NYSE:EMC) was in 58 hedge funds’ portfolio at the end of December. EMC has experienced a decrease in hedge fund interest of late. There were 64 hedge funds in our database with EMC holdings at the end of the previous quarter.

At the moment, there are plenty of methods investors can use to watch their holdings. Some of the most useful are hedge fund and insider trading activity. At Insider Monkey, our studies have shown that, historically, those who follow the best picks of the best fund managers can outpace the market by a solid amount (see just how much). 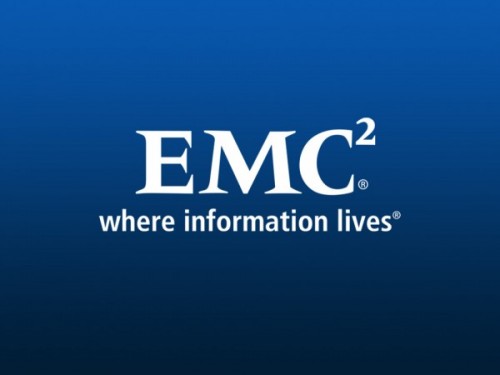 Equally as important, optimistic insider trading activity is another way to parse down the marketplace. As the old adage goes: there are plenty of incentives for an insider to cut shares of his or her company, but only one, very obvious reason why they would behave bullishly. Many empirical studies have demonstrated the market-beating potential of this tactic if you understand where to look (learn more here).

With these “truths” under our belt, it’s important to take a peek at the recent action encompassing EMC Corporation (NYSE:EMC).

In preparation for this year, a total of 58 of the hedge funds we track were long in this stock, a change of -9% from the previous quarter. With hedgies’ capital changing hands, there exists an “upper tier” of noteworthy hedge fund managers who were boosting their holdings substantially.

When looking at the hedgies we track, Brookside Capital, managed by Bain Capital, holds the biggest position in EMC Corporation (NYSE:EMC). Brookside Capital has a $204 million position in the stock, comprising 4.6% of its 13F portfolio. Sitting at the No. 2 spot is Lee Ainslie of Maverick Capital, with a $161 million position; 2.4% of its 13F portfolio is allocated to the company. Remaining hedgies that hold long positions include Thomas Steyer’s Farallon Capital, Robert Pitts’s Steadfast Capital Management and Andreas Halvorsen’s Viking Global.

Judging by the fact that EMC Corporation (NYSE:EMC) has experienced falling interest from the smart money, we can see that there is a sect of hedgies that decided to sell off their positions entirely at the end of the year. Interestingly, Dmitry Balyasny’s Balyasny Asset Management dumped the largest investment of the “upper crust” of funds we monitor, valued at an estimated $30 million in stock.. Michael Messner’s fund, Seminole Capital (Investment Mgmt), also dropped its stock, about $23 million worth. These moves are interesting, as total hedge fund interest fell by 6 funds at the end of the year.

How have insiders been trading EMC Corporation (NYSE:EMC)?

Insider trading activity, especially when it’s bullish, is particularly usable when the primary stock in question has seen transactions within the past 180 days. Over the latest 180-day time period, EMC Corporation (NYSE:EMC) has experienced 1 unique insiders buying, and 6 insider sales (see the details of insider trades here).

With the returns shown by our tactics, retail investors should always keep an eye on hedge fund and insider trading activity, and EMC Corporation (NYSE:EMC) shareholders fit into this picture quite nicely.