In these volatile markets we scrutinize hedge fund filings to get a reading on which direction each stock might be going. Most investors tend to think that hedge funds and other asset managers are worthless, as they cannot beat even simple index fund portfolios. In fact, most people expect hedge funds to compete with and outperform the bull market that we have witnessed in recent years. However, hedge funds are generally partially hedged and aim at delivering attractive risk-adjusted returns rather than following the ups and downs of equity markets hoping that they will outperform the broader market. Our research shows that certain hedge funds do have great stock picking skills (and we can identify these hedge funds in advance pretty accurately), so let’s take a glance at the smart money sentiment towards Essent Group Ltd (NYSE:ESNT).

Is Essent Group Ltd (NYSE:ESNT) the right pick for your portfolio? Money managers are getting more optimistic. The number of bullish hedge fund positions advanced by 12 in recent months. Our calculations also showed that ESNT isn’t among the 30 most popular stocks among hedge funds (click for Q4 rankings and see the video at the end of this article for Q3 rankings). 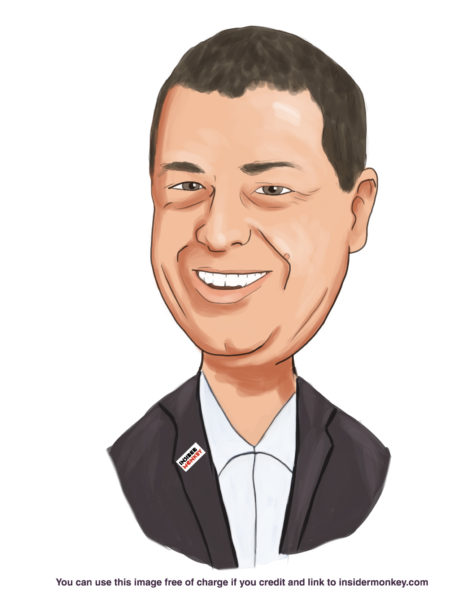 We leave no stone unturned when looking for the next great investment idea. We read hedge fund investor letters and listen to stock pitches at hedge fund conferences. Our best call in 2020 was shorting the market when S&P 500 was trading at 3150 after realizing the coronavirus pandemic’s significance before most investors. Now let’s take a look at the latest hedge fund action regarding Essent Group Ltd (NYSE:ESNT). 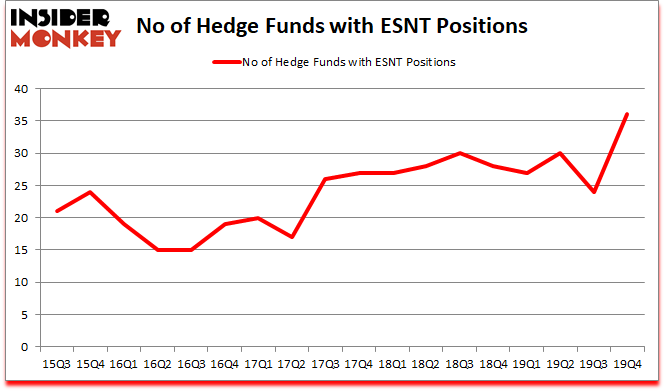 Of the funds tracked by Insider Monkey, Polar Capital, managed by Brian Ashford-Russell and Tim Woolley, holds the largest position in Essent Group Ltd (NYSE:ESNT). Polar Capital has a $87.1 million position in the stock, comprising 0.8% of its 13F portfolio. The second most bullish fund manager is Renaissance Technologies, holding a $60.4 million position; the fund has less than 0.1%% of its 13F portfolio invested in the stock. Some other members of the smart money with similar optimism include Noam Gottesman’s GLG Partners, Peter Rathjens, Bruce Clarke and John Campbell’s Arrowstreet Capital and Anand Parekh’s Alyeska Investment Group. In terms of the portfolio weights assigned to each position Waterstone Capital Management allocated the biggest weight to Essent Group Ltd (NYSE:ESNT), around 2.34% of its 13F portfolio. Beach Point Capital Management is also relatively very bullish on the stock, dishing out 2.06 percent of its 13F equity portfolio to ESNT.

As aggregate interest increased, key hedge funds were leading the bulls’ herd. ExodusPoint Capital, managed by Michael Gelband, established the most outsized position in Essent Group Ltd (NYSE:ESNT). ExodusPoint Capital had $1.7 million invested in the company at the end of the quarter. Michael Kharitonov and Jon David McAuliffe’s Voleon Capital also made a $1.5 million investment in the stock during the quarter. The other funds with new positions in the stock are James Dondero’s Highland Capital Management, Benjamin A. Smith’s Laurion Capital Management, and David Harding’s Winton Capital Management.

As you can see these stocks had an average of 20.75 hedge funds with bullish positions and the average amount invested in these stocks was $313 million. That figure was $327 million in ESNT’s case. RealPage, Inc. (NASDAQ:RP) is the most popular stock in this table. On the other hand DCP Midstream LP (NYSE:DCP) is the least popular one with only 6 bullish hedge fund positions. Essent Group Ltd (NYSE:ESNT) is not the most popular stock in this group but hedge fund interest is still above average. This is a slightly positive signal but we’d rather spend our time researching stocks that hedge funds are piling on. Our calculations showed that top 20 most popular stocks among hedge funds returned 41.3% in 2019 and outperformed the S&P 500 ETF (SPY) by 10.1 percentage points. These stocks lost 17.4% in 2020 through March 25th but beat the market by 5.5 percentage points. Unfortunately ESNT wasn’t nearly as popular as these 20 stocks and hedge funds that were betting on ESNT were disappointed as the stock returned -52.5% during the same time period and underperformed the market. If you are interested in investing in large cap stocks with huge upside potential, you should check out the top 20 most popular stocks among hedge funds as many of these stocks already outperformed the market so far this year.