Hedge Funds Have This To Say About Thoratec Corporation (THOR)

At Insider Monkey we track the activity of some of the best-performing hedge funds like Appaloosa Management, Baupost Group, and Third Point because we determined that some of the stocks that they are collectively bullish on can help us generate returns above the broader indices. Out of thousands of stocks that hedge funds invest in, small-caps can provide the best returns over the long term due to the fact that these companies are less efficiently priced and are usually under the radars of mass-media, analysts, and dumb money. This is why we follow the smart money moves in the small-cap space. In this article we’ll look at the latest smart money moves in Thoratec Corporation (NASDAQ:THOR). 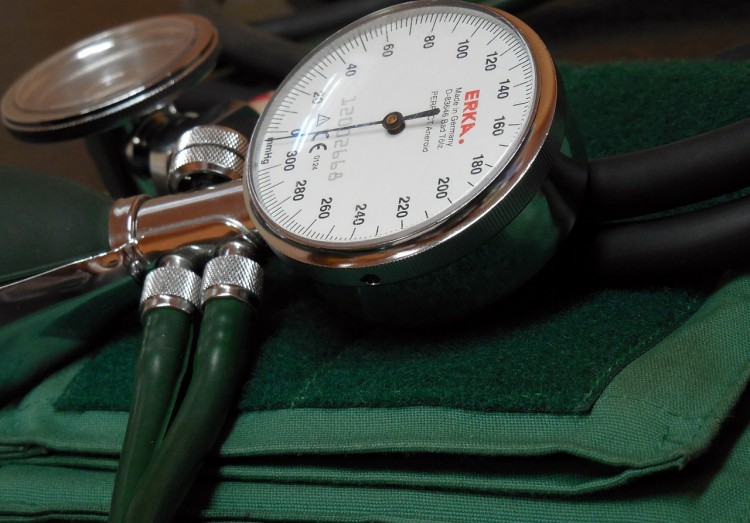 In today’s marketplace there are a large number of methods stock market investors employ to assess publicly traded companies. Two of the best methods are hedge fund and insider trading signals. Hedge fund experts at Insider Monkey have shown that, historically, those who follow the top picks of the best fund managers can outperform the S&P 500 by a significant margin (see the details here).

Now, we’re going to take a gander at the new action regarding Thoratec Corporation (NASDAQ:THOR).

Heading into Q4, a total of 31 of the hedge funds tracked by Insider Monkey were long in this stock, which was unchanged from the second quarter. With hedge funds’ positions undergoing their usual ebb and flow, there exists a few noteworthy hedge fund managers who were upping their stakes considerably.

Pine River Capital Management, managed by Brian Taylor, holds the biggest position in Thoratec Corporation (NASDAQ:THOR). Pine River Capital Management has a $144.2 million position in the stock, comprising 2.2% of its 13F portfolio. Sitting in the number two spot is Magnetar Capital, managed by Alec Litowitz and Ross Laser, which held a $58.9 million position; 1.5% of its 13F portfolio is allocated to the company. Some other members of the smart money with similar optimism consist of Robert Emil Zoellner’s Alpine Associates, Paul Glazer’s Glazer Capital, and Carl Tiedemann and Michael Tiedemann’s TIG Advisors.

Since Thoratec Corporation (NASDAQ:THOR) has experienced declining sentiment from the aggregate hedge fund industry, we can see that there were a few money managers that decided to sell off their entire stakes by the end of the third quarter. Interestingly, Millennium Management Subsidiary’s Decade Capital Management cut the biggest stake of the 700 funds monitored by Insider Monkey, valued at about $16.6 million in call options. Hal Mintz’s fund, Sabby Capital, also cut its call options, about $11.1 million worth. These transactions are interesting, as aggregate hedge fund interest stayed the same (this is a bearish signal in our experience).

As you can see, these stocks had an average of 17 hedge funds with bullish positions, and the average amount invested in these stocks was $136 million dollars, while the amount invested in Thoratec stood at over $574 million. While sentiment was unchanged during the quarter, elite hedge funds owned 16.50% of Thoratec’s shares, making them quite bullish on the stock. We believe this makes it a good stock for investors to look into further.

Is THOR A Good Stock To Buy?NASDAQ:THORYahoo Finance

Here is What Hedge Funds Think About JPMorgan Chase & Co. (NYSE:JPM)
Monthly Newsletter Strategy
Download a free copy of our newsletter and see the details inside!
Hedge Fund Resource Center
Related News
“Index Effects” Do Not Disappoint Its Believers; This is What Hedge Funds Have to Say about S&P 500’s New Addition Why You Should Hold Your Bets On the St. Jude Medical, Inc. (STJ) and Thoratec Corporation (THOR) Merger Kris Jenner’s Rock Springs Capital Rides Healthcare Stocks to Big Q1 Gains West Pharmaceutical Services Inc. (WST): Hedge Funds Aren’t Crazy About It, Insider Sentiment Unchanged This Metric Says You Are Smart to Buy Haemonetics Corporation (HAE) Hill-Rom Holdings, Inc. (HRC): Here is What Hedge Funds and Insiders Think About Is Teleflex Incorporated (TFX) Going to Burn These Hedge Funds? 10 Simple Inventions That Made Millions 11 Greatest Drummers of All Time 11 Easiest and Best Paying Jobs of 2015
Billionaire Hedge Funds