Hedge Funds Have Never Been This Bullish On Vonage Holdings Corp. (VG)

Vonage Holdings Corp. (NYSE:VG) shareholders have witnessed an increase in enthusiasm from smart money recently. Our calculations also showed that VG isn’t among the 30 most popular stocks among hedge funds (see the video below).

What does smart money think about Vonage Holdings Corp. (NYSE:VG)?

Heading into the third quarter of 2019, a total of 39 of the hedge funds tracked by Insider Monkey were bullish on this stock, a change of 15% from the previous quarter. By comparison, 19 hedge funds held shares or bullish call options in VG a year ago. With the smart money’s sentiment swirling, there exists a few key hedge fund managers who were increasing their holdings substantially (or already accumulated large positions). 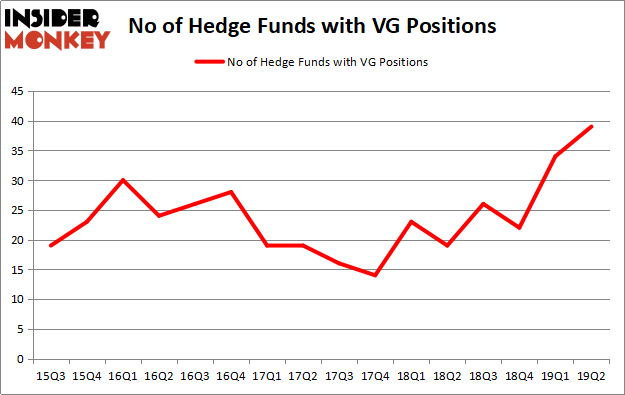 The largest stake in Vonage Holdings Corp. (NYSE:VG) was held by Scopia Capital, which reported holding $99.3 million worth of stock at the end of March. It was followed by Legion Partners Asset Management with a $56.8 million position. Other investors bullish on the company included Holocene Advisors, Point72 Asset Management, and Kerrisdale Capital.

Let’s go over hedge fund activity in other stocks – not necessarily in the same industry as Vonage Holdings Corp. (NYSE:VG) but similarly valued. We will take a look at Valmont Industries, Inc. (NYSE:VMI), GATX Corporation (NYSE:GATX), Dana Incorporated (NYSE:DAN), and Rapid7 Inc (NASDAQ:RPD). All of these stocks’ market caps are closest to VG’s market cap.