Is Parker Drilling Company (NYSE:PKD) a good place to invest some of your money right now? We can gain invaluable insight to help us answer that question by studying the investment trends of top investors, who employ world-class Ivy League graduates, who are given immense resources and industry contacts to put their financial expertise to work. The top picks of these firms have historically outperformed the market when we account for known risk factors, making them very valuable investment ideas.

Parker Drilling Company (NYSE:PKD) investors should be aware of an increase in enthusiasm from smart money lately. Our calculations also showed that PKD isn’t among the 30 most popular stocks among hedge funds (see the video below).

In the eyes of most traders, hedge funds are assumed to be underperforming, old investment vehicles of years past. While there are greater than 8000 funds trading at the moment, Our experts look at the bigwigs of this club, around 750 funds. These money managers direct most of the smart money’s total asset base, and by keeping an eye on their first-class picks, Insider Monkey has determined various investment strategies that have historically defeated the S&P 500 index. Insider Monkey’s flagship hedge fund strategy outpaced the S&P 500 index by around 5 percentage points annually since its inception in May 2014. We were able to generate large returns even by identifying short candidates. Our portfolio of short stocks lost 25.7% since February 2017 (through September 30th) even though the market was up more than 33% during the same period. We just shared a list of 10 short targets in our latest quarterly update .

In addition to following the biggest hedge funds for investment ideas, we also share stock pitches from conferences, investor letters and other sources  like this one where the fund manager is talking about two under the radar 1000% return potential stocks: first one in internet infrastructure and the second in the heart of advertising market. We use hedge fund buy/sell signals to determine whether to conduct in-depth analysis of these stock ideas which take days. Let’s take a peek at the fresh hedge fund action surrounding Parker Drilling Company (NYSE:PKD). 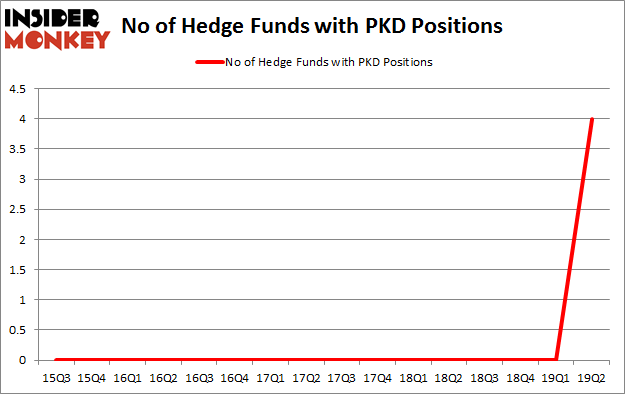 According to Insider Monkey’s hedge fund database, Brigade Capital, managed by Don Morgan, holds the biggest position in Parker Drilling Company (NYSE:PKD). Brigade Capital has a $66.6 million position in the stock, comprising 3.3% of its 13F portfolio. Coming in second is Highbridge Capital Management, led by Glenn Russell Dubin, holding a $29.2 million position; the fund has 1.9% of its 13F portfolio invested in the stock. Some other peers with similar optimism include Andy Redleaf’s Whitebox Advisors, Israel Englander’s Millennium Management and .

With a general bullishness amongst the heavyweights, some big names have jumped into Parker Drilling Company (NYSE:PKD) headfirst. Brigade Capital, managed by Don Morgan, initiated the most outsized position in Parker Drilling Company (NYSE:PKD). Brigade Capital had $66.6 million invested in the company at the end of the quarter. Highbridge Capital Management, founded by billionaire Glenn Dubin, also made a $29.2 million investment in the stock during the quarter. The other funds with brand new PKD positions are Andy Redleaf’s Whitebox Advisors and Israel Englander’s Millennium Management.

As you can see these stocks had an average of 11.5 hedge funds with bullish positions and the average amount invested in these stocks was $39 million. That figure was $110 million in PKD’s case. OMNOVA Solutions Inc. (NYSE:OMN) is the most popular stock in this table. On the other hand Synlogic, Inc. (NASDAQ:SYBX) is the least popular one with only 6 bullish hedge fund positions. Compared to these stocks Parker Drilling Company (NYSE:PKD) is even less popular than SYBX. Hedge funds dodged a bullet by taking a bearish stance towards PKD. Our calculations showed that the top 20 most popular hedge fund stocks returned 24.4% in 2019 through September 30th and outperformed the S&P 500 ETF (SPY) by 4 percentage points. Unfortunately PKD wasn’t nearly as popular as these 20 stocks (hedge fund sentiment was very bearish); PKD investors were disappointed as the stock returned -6.7% during the third quarter and underperformed the market. If you are interested in investing in large cap stocks with huge upside potential, you should check out the top 20 most popular stocks among hedge funds as many of these stocks already outperformed the market so far in 2019.