Hedge Funds Have Never Been This Bullish On Netflix, Inc. (NFLX)

What have hedge funds been doing with Netflix, Inc. (NASDAQ:NFLX)? 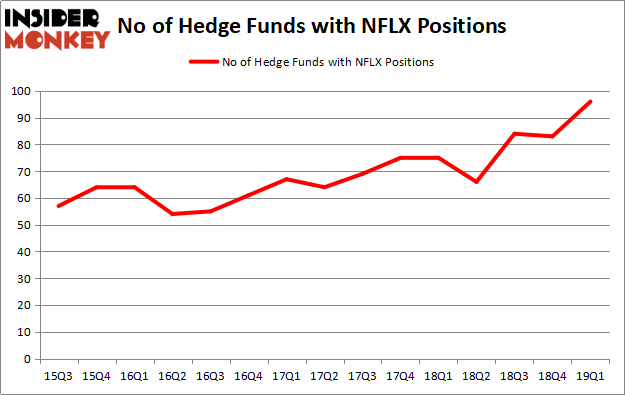 Now, specific money managers have been driving this bullishness. Point72 Asset Management, managed by Steve Cohen, established the most valuable call position in Netflix, Inc. (NASDAQ:NFLX). Point72 Asset Management had $183.3 million invested in the company at the end of the quarter. Dan Loeb’s Third Point also made a $142.6 million investment in the stock during the quarter. The following funds were also among the new NFLX investors: Aaron Cowen’s Suvretta Capital Management, Josh Donfeld and David Rogers’s Castle Hook Partners, and Ryan Frick and Oliver Evans’s Dorsal Capital Management.

Hedge Funds Have Never Been This Bullish On The Walt Disney Company (DIS)
Monthly Newsletter Strategy
Download a free copy of our newsletter and see the details inside!
Hedge Fund Resource Center
Related News
Winners of the China Trade War If it Gets Worse The Winners and Losers of Game of Thrones Last Season Dorsal Capital Management’s Return, AUM, and Holdings (Part II) 30 Most Popular Stocks Among Hedge Funds in Q1 of 2019 Netflix, Inc. (NFLX): Horizon Kinetics Says Its A Risky Investment 5 Ways The Smart Money is Playing the Billion Dollar Streaming Opportunity Billionaire George Soros Bought and Sold These Big Tech Names 25 Best Bumble Bios For Girls 30 Most Popular Stocks Among Hedge Funds in Q1 of 2019 25 Cities with the Most Unfaithful Wives
Billionaire Hedge Funds