Hedge Funds Have Never Been This Bullish On Hanger, Inc. (HNGR)

The Insider Monkey team has completed processing the quarterly 13F filings for the December quarter submitted by the hedge funds and other money managers included in our extensive database. Most hedge fund investors endured a torrid quarter, which certainly propelled them to adjust their equity holdings so as to maintain the desired risk profile. As a result, the relevancy of these public filings and their content is indisputable, as they may reveal numerous high-potential stocks. The following article will discuss the smart money sentiment towards Hanger, Inc. (NYSE:HNGR).

Hanger, Inc. (NYSE:HNGR) investors should pay attention to an increase in enthusiasm from smart money lately. Our calculations also showed that HNGR isn’t among the 30 most popular stocks among hedge funds. 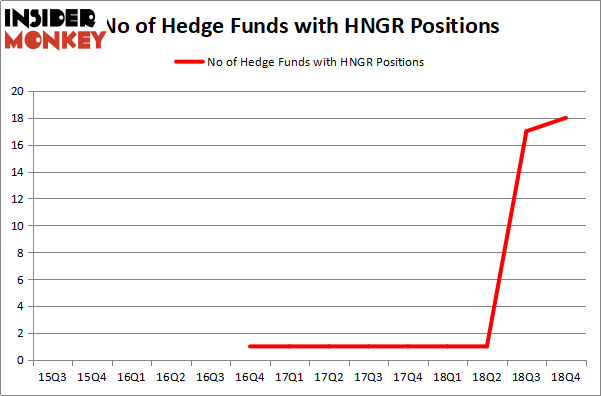 The largest stake in Hanger, Inc. (NYSE:HNGR) was held by Courage Capital, which reported holding $41.6 million worth of stock at the end of December. It was followed by Blue Mountain Capital with a $34.1 million position. Other investors bullish on the company included Prosight Capital, Cannell Capital, and Tudor Investment Corp.