Hedge Funds Have Never Been This Bullish On Gores Metropoulos, Inc. (GMHI)

The first quarter was a breeze as Powell pivoted, and China seemed eager to reach a deal with Trump. Both the S&P 500 and Russell 2000 delivered very strong gains as a result, with the Russell 2000, which is composed of smaller companies, outperforming the large-cap stocks slightly during the first quarter. Unfortunately sentiment shifted in May and August as this time China pivoted and Trump put more pressure on China by increasing tariffs. Hedge funds’ top 20 stock picks performed spectacularly in this volatile environment. These stocks delivered a total gain of 24.4% through September 30th, vs. a gain of 20.4% for the S&P 500 ETF. In this article we will look at how this market volatility affected the sentiment of hedge funds towards Gores Metropoulos, Inc. (NASDAQ:GMHI), and what that likely means for the prospects of the company and its stock.

Is Gores Metropoulos, Inc. (NASDAQ:GMHI) a buy right now? Investors who are in the know are in a bullish mood. The number of bullish hedge fund bets improved by 2 in recent months. Our calculations also showed that GMHI isn’t among the 30 most popular stocks among hedge funds (see the video below). GMHI was in 20 hedge funds’ portfolios at the end of June. There were 18 hedge funds in our database with GMHI holdings at the end of the previous quarter.

What have hedge funds been doing with Gores Metropoulos, Inc. (NASDAQ:GMHI)? 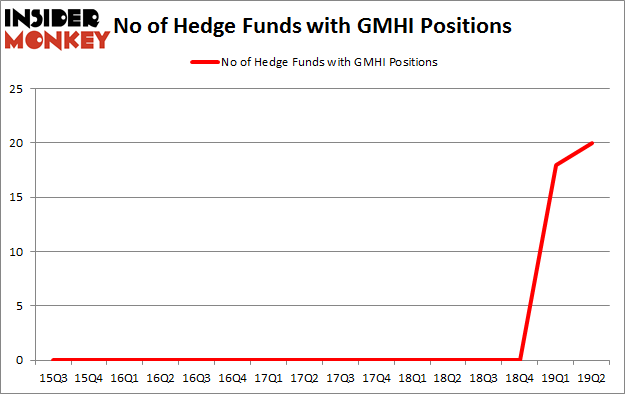 The largest stake in Gores Metropoulos, Inc. (NASDAQ:GMHI) was held by Arrowgrass Capital Partners, which reported holding $20.9 million worth of stock at the end of March. It was followed by Millennium Management with a $20.3 million position. Other investors bullish on the company included Governors Lane, Element Capital Management, and Magnetar Capital.

As you can see these stocks had an average of 11.25 hedge funds with bullish positions and the average amount invested in these stocks was $55 million. That figure was $163 million in GMHI’s case. Meridian Bioscience, Inc. (NASDAQ:VIVO) is the most popular stock in this table. On the other hand Teekay Offshore Partners L.P. (NYSE:TOO) is the least popular one with only 6 bullish hedge fund positions. Compared to these stocks Gores Metropoulos, Inc. (NASDAQ:GMHI) is more popular among hedge funds. Our calculations showed that top 20 most popular stocks among hedge funds returned 24.4% in 2019 through September 30th and outperformed the S&P 500 ETF (SPY) by 4 percentage points. Unfortunately GMHI wasn’t nearly as popular as these 20 stocks and hedge funds that were betting on GMHI were disappointed as the stock returned 0.3% during the third quarter and underperformed the market. If you are interested in investing in large cap stocks with huge upside potential, you should check out the top 20 most popular stocks among hedge funds as many of these stocks already outperformed the market in Q3.

Is MGIC Investment Corporation (MTG) Going to Burn These Hedge Funds?
Monthly Newsletter Strategy
Download a free copy of our newsletter and see the details inside!
Hedge Fund Resource Center
Related News
Hedge Funds Have Never Been This Bullish On Gores Metropoulos, Inc. (GMHI) 11 Largest Auto Insurance Companies In The US In 2019 10 Poorest Cities in America in 2019 8 Lowest Tar and Nicotine Cigarette Brands in 2019
Billionaire Hedge Funds