The latest 13F reporting period has come and gone, and Insider Monkey is again at the forefront when it comes to making use of this gold mine of data. We have processed the filings of the more than 700 world-class investment firms that we track and now have access to the collective wisdom contained in these filings, which are based on their June 28 holdings, data that is available nowhere else. Should you consider Epizyme Inc (NASDAQ:EPZM) for your portfolio? We’ll look to this invaluable collective wisdom for the answer.

Is Epizyme Inc (NASDAQ:EPZM) a good investment right now? Hedge funds are in an optimistic mood. The number of long hedge fund bets increased by 2 recently. Our calculations also showed that EPZM isn’t among the 30 most popular stocks among hedge funds (see the video below). EPZM was in 21 hedge funds’ portfolios at the end of June. There were 19 hedge funds in our database with EPZM positions at the end of the previous quarter. 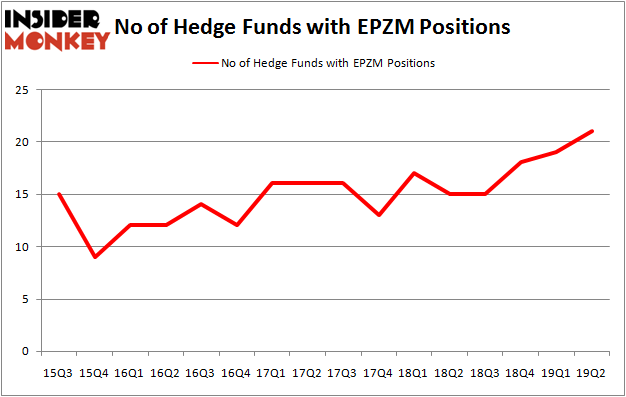 At Q2’s end, a total of 21 of the hedge funds tracked by Insider Monkey were long this stock, a change of 11% from the first quarter of 2019. The graph below displays the number of hedge funds with bullish position in EPZM over the last 16 quarters. With hedge funds’ sentiment swirling, there exists a few key hedge fund managers who were increasing their stakes considerably (or already accumulated large positions). 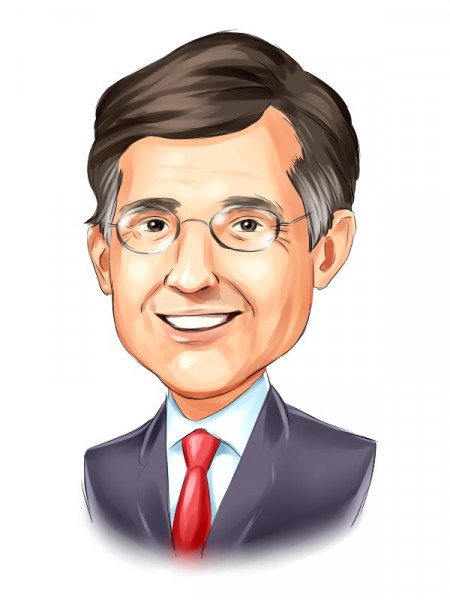 More specifically, Redmile Group was the largest shareholder of Epizyme Inc (NASDAQ:EPZM), with a stake worth $109.6 million reported as of the end of March. Trailing Redmile Group was Palo Alto Investors, which amassed a stake valued at $87 million. Consonance Capital Management, Rock Springs Capital Management, and Opaleye Management were also very fond of the stock, giving the stock large weights in their portfolios.

Now, specific money managers have been driving this bullishness. Renaissance Technologies, managed by Jim Simons, assembled the largest position in Epizyme Inc (NASDAQ:EPZM). Renaissance Technologies had $5.4 million invested in the company at the end of the quarter. Nathan Fischel’s DAFNA Capital Management also made a $2.2 million investment in the stock during the quarter. The following funds were also among the new EPZM investors: Nick Thakore’s Diametric Capital, Peter Algert and Kevin Coldiron’s Algert Coldiron Investors, and Cliff Asness’s AQR Capital Management.

As you can see these stocks had an average of 11 hedge funds with bullish positions and the average amount invested in these stocks was $48 million. That figure was $350 million in EPZM’s case. FormFactor, Inc. (NASDAQ:FORM) is the most popular stock in this table. On the other hand Harmony Gold Mining Company Limited (NYSE:HMY) is the least popular one with only 10 bullish hedge fund positions. Compared to these stocks Epizyme Inc (NASDAQ:EPZM) is more popular among hedge funds. Our calculations showed that top 20 most popular stocks among hedge funds returned 24.4% in 2019 through September 30th and outperformed the S&P 500 ETF (SPY) by 4 percentage points. Unfortunately EPZM wasn’t nearly as popular as these 20 stocks and hedge funds that were betting on EPZM were disappointed as the stock returned -17.8% during the third quarter and underperformed the market. If you are interested in investing in large cap stocks with huge upside potential, you should check out the top 20 most popular stocks among hedge funds as many of these stocks already outperformed the market in Q3.