Is Universal Insurance Holdings, Inc. (NYSE:UVE) the right investment to pursue these days? The smart money is taking an optimistic view. The number of bullish hedge fund bets went up by 6 recently. Our calculations also showed that UVE isn’t among the 30 most popular stocks among hedge funds. 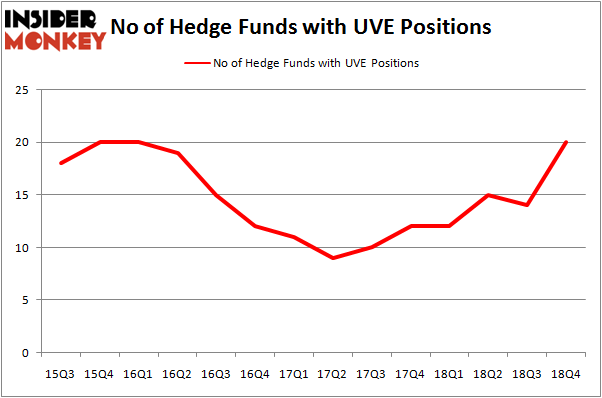 The largest stake in Universal Insurance Holdings, Inc. (NYSE:UVE) was held by AQR Capital Management, which reported holding $16.1 million worth of stock at the end of December. It was followed by Arrowstreet Capital with a $9.9 million position. Other investors bullish on the company included GLG Partners, Two Sigma Advisors, and Royce & Associates.