Energy Fuels Inc. (NYSE:UUUU) investors should pay attention to an increase in support from the world’s most elite money managers recently. Our calculations also showed that UUUU isn’t among the 30 most popular stocks among hedge funds (see the video below).

What does smart money think about Energy Fuels Inc. (NYSE:UUUU)? 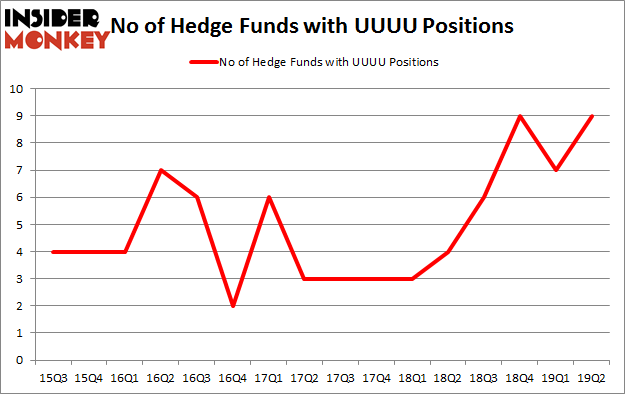 Among these funds, Prescott Group Capital Management held the most valuable stake in Energy Fuels Inc. (NYSE:UUUU), which was worth $5.8 million at the end of the second quarter. On the second spot was Empyrean Capital Partners which amassed $4.1 million worth of shares. Moreover, Passport Capital, CQS Cayman LP, and Rubric Capital Management were also bullish on Energy Fuels Inc. (NYSE:UUUU), allocating a large percentage of their portfolios to this stock.

As one would reasonably expect, specific money managers have jumped into Energy Fuels Inc. (NYSE:UUUU) headfirst. Passport Capital, managed by John Burbank, initiated the most valuable position in Energy Fuels Inc. (NYSE:UUUU). Passport Capital had $3.1 million invested in the company at the end of the quarter. David Rosen’s Rubric Capital Management also made a $1.2 million investment in the stock during the quarter. The other funds with brand new UUUU positions are Gavin Saitowitz and Cisco J. del Valle’s Springbok Capital and D. E. Shaw’s D E Shaw.

As you can see these stocks had an average of 8.5 hedge funds with bullish positions and the average amount invested in these stocks was $20 million. That figure was $16 million in UUUU’s case. Craft Brew Alliance Inc (NASDAQ:BREW) is the most popular stock in this table. On the other hand OptiNose, Inc. (NASDAQ:OPTN) is the least popular one with only 6 bullish hedge fund positions. Energy Fuels Inc. (NYSE:UUUU) is not the most popular stock in this group but hedge fund interest is still above average. This is a slightly positive signal but we’d rather spend our time researching stocks that hedge funds are piling on. Our calculations showed that top 20 most popular stocks among hedge funds returned 24.4% in 2019 through September 30th and outperformed the S&P 500 ETF (SPY) by 4 percentage points. Unfortunately UUUU wasn’t nearly as popular as these 20 stocks and hedge funds that were betting on UUUU were disappointed as the stock returned -38.3% during the third quarter and underperformed the market. If you are interested in investing in large cap stocks with huge upside potential, you should check out the top 20 most popular stocks among hedge funds as many of these stocks already outperformed the market so far this year.

Is Donegal Group Inc (DGICA) A Good Stock To Buy?
Monthly Newsletter Strategy
Download a free copy of our newsletter and see the details inside!
Hedge Fund Resource Center
Related News
Here’s What Hedge Funds Think About Civeo Corporation (CVEO) Is Energy Fuels Inc Ordinary Shares (Canada) (UUUU) Going to Burn These Hedge Funds? Is Civeo Corporation (Canada) (CVEO) A Good Stock To Buy? Top 15 Caffeine Addicted Countries with the Highest Coffee Consumption in the World 16 Countries With The Biggest Oil Reserves In The World in 2017 10 Countries That Owe the US the Most Money Is Energy Fuels Inc (UUUU) Going To Burn These Hedge Funds? 11 Largest Auto Insurance Companies In The US In 2019 10 Poorest Cities in America in 2019 8 Lowest Tar and Nicotine Cigarette Brands in 2019
Billionaire Hedge Funds