Retail investors and larger-scale investors such as hedge funds are constantly on the lookout for cheap and oversold stocks that are expected to see fresh buying coming in. Battered stocks with heavy insider buying, stocks with low price-to-earnings multiples, and stocks with relative strength indexes (RSI’s) under 30 are among the groups of battered equities poised to appreciate in the future.

This article will lay out a list of five stocks with RSI’s below 30 that are favored by the hedge funds tracked by Insider Monkey. But what does RSI mean and what does the value of 30 stand for? The relative strength index is one of several technical indicators known as momentum oscillators. The RSI is computed by using the average gains and losses of a security over a specified time period, with 14 days being the most commonly used timeframe. This indicator has a value between zero and 100, with the zero value indicating that a stock closed in the red for 14 consecutive trading sessions. Hence, as a stock’s RSI falls below the 30-level and moves closer to the zero level, technically-oriented investors tend to go on the offensive and buy the seemingly oversold security. That said, let’s have a look at the hedge fund sentiment towards five seemingly oversold stocks. 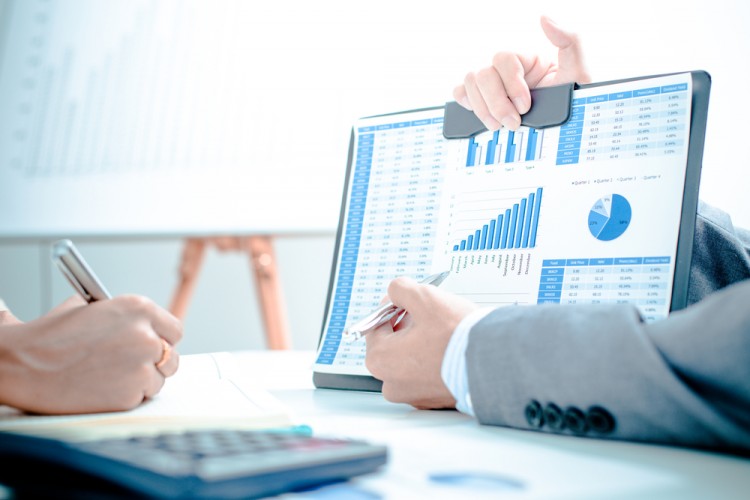 There were 13 asset managers followed by Insider Monkey that had equity investments in Fibria Celulose SA (ADR) (NYSE:FBR) at the end of March, up from ten recorded at the end of December. The overall value of those investments rose by 69% during the first quarter, to $60.40 million, even though the company’s American Depositary Shares (ADSs) lost 33% during the quarter, so top investors were buying on weakness, which the stock is now experiencing again. The Brazilian wood pulp producer has lost 48% of its market value since the beginning of 2016. Fibria Celulose enjoyed strong stock performance last year, as Brazil’s currency registered the largest plunge among the world’s major currencies. However, the combination of a recovering real and falling prices of wood products have put massive weight on the company’s performance this year. Just recently, Fibria Celulose’s management said it that was anticipating “very good” sales in the second quarter, as Chinese buyers were returning to the market to restock inventories after using them up to force down prices. Israel Englander’s Millennium Management added a 1.17 million-ADS position to its portfolio during the March quarter.

The number of hedge funds in our system with long positions in Mirati Therapeutics Inc. (NASDAQ:MRTX) decreased to 14 from 15 during the first three months of 2016, while the aggregate value of those positions fell by 18% to $161.57 million. Those 14 funds amassed a whopping 39% of the company’s outstanding common stock. The clinical-stage biopharmaceutical company focused on developing targeted oncology products has seen the value of its stock plummet by 82% since the beginning of 2016. The disastrous performance was mainly attributable to a freshly-issued update on three ongoing clinical programs in patients suffering from non-small cell lung cancer (NSCLC) and other solid tumors. The developer of cancer therapies said its glesatinib showed promising results in a Phase 1b clinical trial in patients with NSCLC, but most patients enrolled in the trial experienced dose reductions or interruptions due to episodes of diarrhea. Baker Bros. Advisors, founded by Julian Baker and Felix Baker, was the owner of 3.27 million shares of Mirati Therapeutics Inc. (NASDAQ:MRTX) on March 31.

Let’s head to the second page of this article where we’ll discuss the hedge fund sentiment towards three other popular stocks with RSI’s under 30.

Kylin Management’s Top Q2 Stock Picks Dominated by China
Monthly Newsletter Strategy
Download a free copy of our newsletter and see the details inside!
Hedge Fund Resource Center
Related News
The 5 Social Networking Stocks That Hedge Funds Are Most Bullish On Gun Stocks Are on the Rise, While 2 Communications Stocks Are Rallying After Cancelled Merger Beleaguered Esperion Therapeutics Inc. (ESPR) and Two Other Struggling Companies Register Insider Buying Amid an Increase in Consumer Spending, This Is How Hedge Fund’s Favorite Consumer Stocks Performed in Q2 Mario Gabelli And GAMCO Investors Are Betting On Loral Space & Communications (LORL) Here’s Why Traders Are Talking about These Five Stocks Today Have a Look at Three Companies with Fresh Noteworthy Insider Selling; Leading Title Insurance Provider Among Them 10 Easiest Cities to Live Without a Car 15 Occupations with Most Suicides Top 5 Methane Polluters
Billionaire Hedge Funds