Alexander & Baldwin Inc (NYSE:ALEX) was in 7 hedge funds’ portfolio at the end of the fourth quarter of 2012. ALEX shareholders have witnessed a decrease in support from the world’s most elite money managers recently. There were 7 hedge funds in our database with ALEX positions at the end of the previous quarter.

According to most stock holders, hedge funds are perceived as slow, outdated financial tools of the past. While there are more than 8000 funds trading at the moment, we hone in on the top tier of this club, around 450 funds. Most estimates calculate that this group controls the majority of all hedge funds’ total asset base, and by paying attention to their highest performing stock picks, we have identified a few investment strategies that have historically outpaced Mr. Market. Our small-cap hedge fund strategy outpaced the S&P 500 index by 18 percentage points per year for a decade in our back tests, and since we’ve began to sharing our picks with our subscribers at the end of August 2012, we have outperformed the S&P 500 index by 24 percentage points in 7 months (explore the details and some picks here).

Just as important, positive insider trading activity is a second way to parse down the stock market universe. Obviously, there are a number of reasons for a bullish insider to cut shares of his or her company, but just one, very clear reason why they would behave bullishly. Several empirical studies have demonstrated the useful potential of this tactic if investors understand what to do (learn more here).

What have hedge funds been doing with Alexander & Baldwin Inc (NYSE:ALEX)?

At year’s end, a total of 7 of the hedge funds we track were bullish in this stock, a change of 0% from the previous quarter. With hedge funds’ capital changing hands, there exists a few notable hedge fund managers who were increasing their holdings significantly.

Of the funds we track, Richard McGuire’s Marcato Capital Management had the biggest position in Alexander & Baldwin Inc (NYSE:ALEX), worth close to $55.8 million, accounting for 7.3% of its total 13F portfolio. Coming in second is Royce & Associates, managed by Chuck Royce, which held a $14.5 million position; less than 0.1%% of its 13F portfolio is allocated to the company. Other hedge funds that are bullish include Israel Englander’s Millennium Management, Jim Simons’s Renaissance Technologies and Steven Cohen’s SAC Capital Advisors.

Seeing as Alexander & Baldwin Inc (NYSE:ALEX) has witnessed bearish sentiment from the entirety of the hedge funds we track, we can see that there is a sect of hedgies that elected to cut their positions entirely in Q4. Interestingly, Bill Ackman’s Pershing Square said goodbye to the largest investment of the “upper crust” of funds we key on, totaling close to $41.5 million in stock.. SAC Subsidiary’s fund, Sigma Capital Management, also cut its stock, about $0.9 million worth. These transactions are interesting, as aggregate hedge fund interest stayed the same (this is a bearish signal in our experience).

What do corporate executives and insiders think about Alexander & Baldwin Inc (NYSE:ALEX)?

Bullish insider trading is best served when the company in focus has experienced transactions within the past 180 days. Over the latest half-year time frame, Alexander & Baldwin Inc (NYSE:ALEX) has seen zero unique insiders purchasing, and 3 insider sales (see the details of insider trades here). 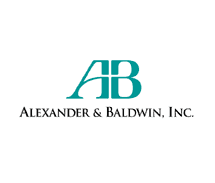 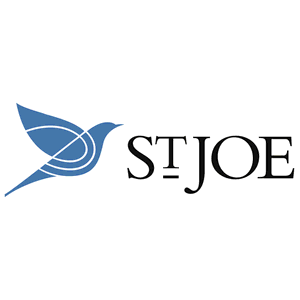