Concerns over rising interest rates and expected further rate increases have hit several stocks hard during the fourth quarter of 2018. Trends reversed 180 degrees during the first half of 2019 amid Powell’s pivot and optimistic expectations towards a trade deal with China. Hedge funds and institutional investors tracked by Insider Monkey usually invest a disproportionate amount of their portfolios in smaller cap stocks. We have been receiving indications that hedge funds were increasing their overall exposure in the second quarter and this is one of the factors behind the recent movements in major indices. In this article, we will take a closer look at hedge fund sentiment towards Scientific Games Corporation (NASDAQ:SGMS).

Scientific Games Corporation (NASDAQ:SGMS) has experienced a decrease in support from the world’s most elite money managers lately. SGMS was in 27 hedge funds’ portfolios at the end of June. There were 28 hedge funds in our database with SGMS positions at the end of the previous quarter. Our calculations also showed that SGMS isn’t among the 30 most popular stocks among hedge funds (see the video below). However, overall hedge fund sentiment is still very bullish. 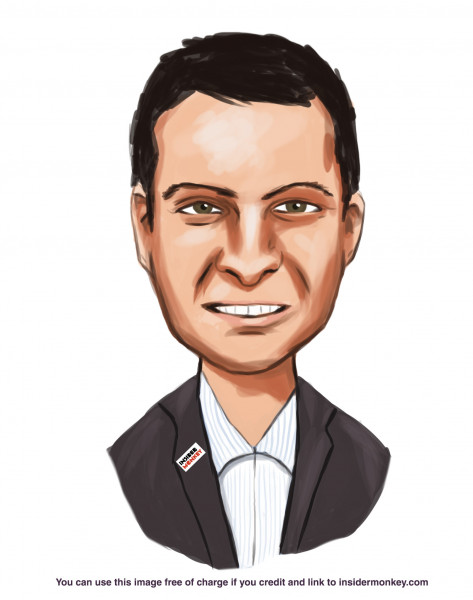 How have hedgies been trading Scientific Games Corporation (NASDAQ:SGMS)?

Heading into the third quarter of 2019, a total of 27 of the hedge funds tracked by Insider Monkey were bullish on this stock, a change of -4% from the previous quarter. Below, you can check out the change in hedge fund sentiment towards SGMS over the last 16 quarters. With hedge funds’ positions undergoing their usual ebb and flow, there exists an “upper tier” of noteworthy hedge fund managers who were increasing their holdings considerably (or already accumulated large positions). 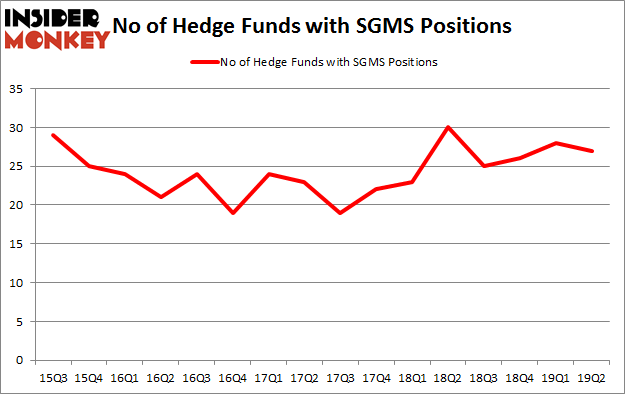 Among these funds, Fine Capital Partners held the most valuable stake in Scientific Games Corporation (NASDAQ:SGMS), which was worth $178.3 million at the end of the second quarter. On the second spot was Sylebra Capital Management which amassed $170.8 million worth of shares. Moreover, Nantahala Capital Management, Stone House Capital, and Park West Asset Management were also bullish on Scientific Games Corporation (NASDAQ:SGMS), allocating a large percentage of their portfolios to this stock.

Judging by the fact that Scientific Games Corporation (NASDAQ:SGMS) has witnessed bearish sentiment from hedge fund managers, it’s safe to say that there was a specific group of fund managers that slashed their full holdings by the end of the second quarter. It’s worth mentioning that Josh Resnick’s Jericho Capital Asset Management cut the largest investment of the “upper crust” of funds monitored by Insider Monkey, comprising an estimated $42.2 million in stock. Peter Rathjens, Bruce Clarke and John Campbell’s fund, Arrowstreet Capital, also cut its stock, about $6.1 million worth. These bearish behaviors are interesting, as aggregate hedge fund interest was cut by 1 funds by the end of the second quarter.

As you can see these stocks had an average of 19.5 hedge funds with bullish positions and the average amount invested in these stocks was $193 million. That figure was $579 million in SGMS’s case. BGC Partners, Inc. (NASDAQ:BGCP) is the most popular stock in this table. On the other hand LTC Properties Inc (NYSE:LTC) is the least popular one with only 12 bullish hedge fund positions. Compared to these stocks Scientific Games Corporation (NASDAQ:SGMS) is more popular among hedge funds. Our calculations showed that top 20 most popular stocks among hedge funds returned 24.4% in 2019 through September 30th and outperformed the S&P 500 ETF (SPY) by 4 percentage points. Hedge funds were also right about betting on SGMS, though not to the same extent, as the stock returned 2.7% during the third quarter and outperformed the market as well.